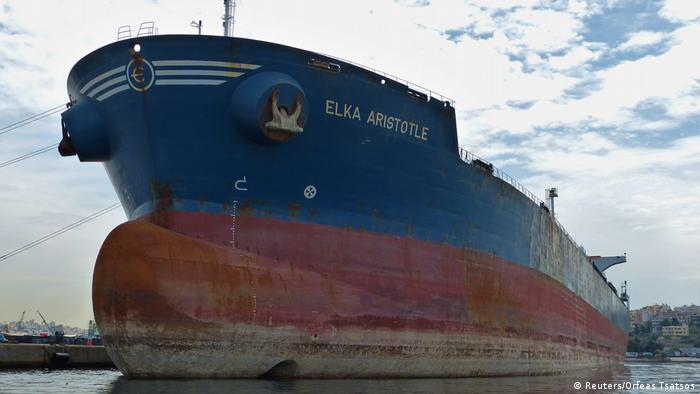 Pirates attacked the Greek oil tanker Elka Aristotle off the coast of Togo's capital city Lome and kidnapped four sailors on Monday, according to Togo and Greek authorities.

One Greek sailor, two Filipinos and a Georgian were taken hostage after pirates boarded the vessel 18 kilometers (11 miles) from the deep sea shipping port of Lome.

A security guard was also shot in the incident, which happened around 0300 Togo time (0300 UTC/GMT) Monday.

The Greek foreign ministry is intervening in the incident and Greece's shipping ministry said it was "closely monitoring the issue."

"We cannot comment in detail at the present time, except to say that the safety and security of our people is of paramount importance to us and we are doing everything we can to ensure their prompt and safe release" it said in a statement. "The vessel and remaining crew are safe."

Read more: Nigeria: Piracy on the rise in the Gulf of Guinea

According to the International Maritime Bureau, West Africa's Gulf of Guinea is a high-risk area for abductions and armed robbery.

The attack on Monday comes just days after a similar attack in the waters of Benin, neighbor to the west African nation.

Pirates abducted nine Filipino crew members from a Norwegian-flagged boat off the coast of Benin on Saturday.