In his late years, Picasso shifted both his studio and his work, focusing on his second wife and muse, Jacqueline, and their home in South France, the Villa La Californie, as can be seen at the Museum Barberini. 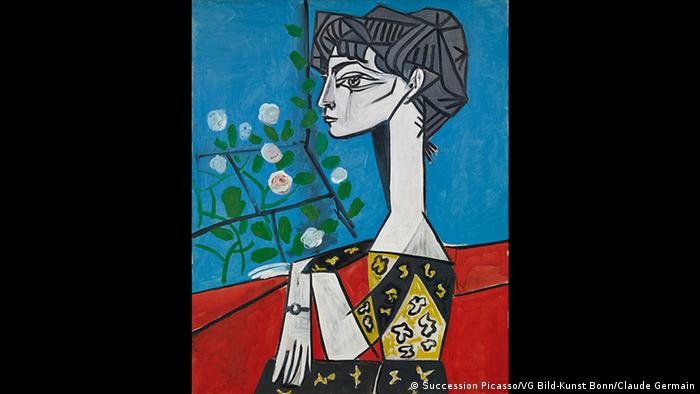 One of the best-known artists of his time, the Spanish painter Pablo Picasso is at the center of a new exhibition in Potsdam's Museum Barberini. Comprising 136 of his artworks on loan from his late wife, Jacqueline, and her daughter, Catherine Hutin, "Picasso: The Late Work," features several pieces which have never been seen by the public before.

DW spoke to art historian Valerie Hortolani at the show's opening. Hortolani, together with Bernardo Laniado-Romero, director of the Picasso museums in Barcelona and Malaga for many years, curated the exhibition. 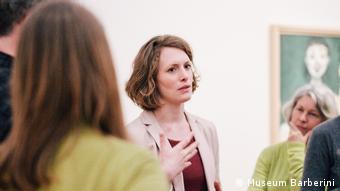 Thematically, the focus was on the last 19 years of his life, a time which he spent with his second wife and last partner Jacqueline. In this exhibition, we also wanted to put an end to (pre)-judgments about this lesser-known late work by Picasso. His late works show a more jittery way of painting and come from a very masculine perspective, which drew a lot of criticism. We try to portray him as a contemporary painter. In the 1950s and 1960s, Picasso created his works at a time when a great deal was happening in international art, for example in connection with the emergence of Abstract Expressionism or Art Informel. 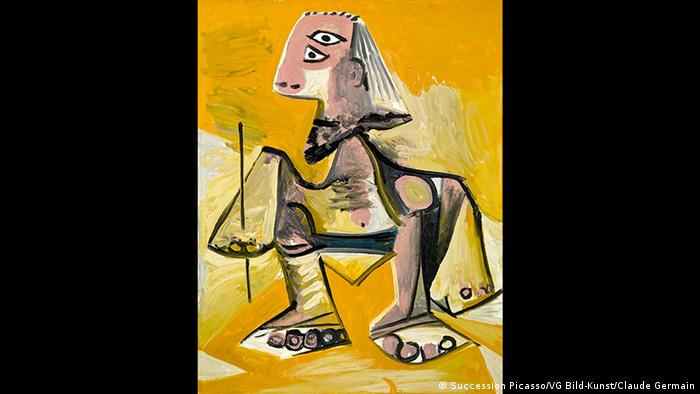 For us, it's important that Picasso be viewed more as a contemporary artist, not just a prominent representative of the classical avant-garde. As an artist, Picasso was also at the top of his field during the post-war period.

What made him so unique as a painter? What makes Picasso's work so immediately recognizable at first glance?

It's the result of a special imagery he used and his painting style. As a pioneer of abstract Cubism, he naturally also influenced the styles and other painters of his time. Picasso essentially influenced the entire 20th century with his art.

Over the last 20 years of his life, it was above all his wife Jacqueline whose portrait he painted; she became his greatest and most important muse. He painted and drew her more often than any other woman — there are over 400 documented portraits and drawings of her. But basically every woman's portrait of his last years bears Jacqueline's traits. 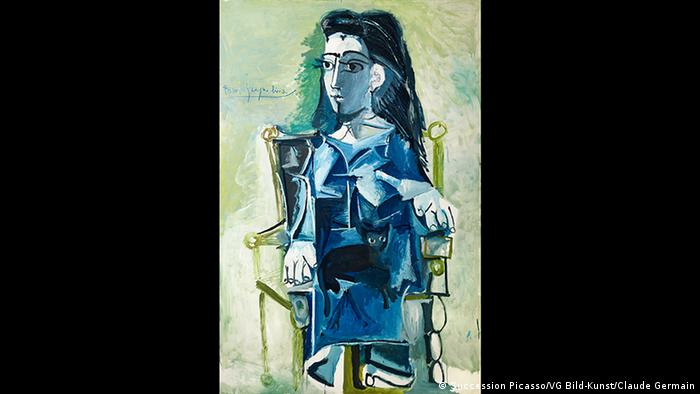 His wife, Jacqueline, was a favorite muse and motif

In his early work, currently on display at the Fondation Beyeler in Basel, Picasso also painted men and children. Does this motif reappear in his later years?

The theme of the male portrait no longer accompanied him in his later oeuvre. In his early work, for example, he also portrayed his father several times and, later, his firstborn son. But that had not been so important in his oeuvre.

Read more: How Picasso obsessively portrayed the people he loved

Only in the late years of his life did they return as a subject of his work. He depicts very imposing, archetypal male figures. In them, one could be said to see a touch of van Gogh: archetypes removed from time — above all, the aging man. That is actually something quite specific to the works from Picasso's late years.

In addition to these timeless images of men, there are also images in which he depicts musketeers or matadors and other bullfighters. This heroic male image is something we illuminate intensively in the exhibition because it is specific to his late years. 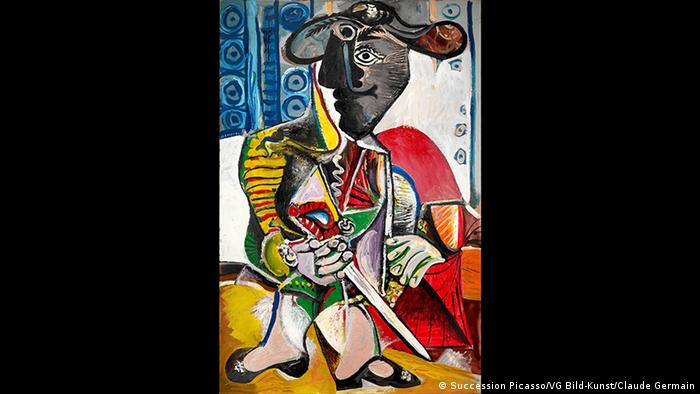 Bullfighter, abstract: Picasso remained true to his motifs of masculinity even in old age

What was Picasso's life like in his later years? He had moved to the Villa La Californie in southern France in the early 1950s with his second wife, Jacqueline, and her daughter. Did the new environment re-invent his work?

Absolutely. It is exactly these paintings reflecting this that are also shown in the exhibition. During the time, he grappled artistically a lot with the areas around the Villa La Californie, where he had moved with Jacqueline and her daughter Catherine Hutin.

After the death of his friend, the artist Henri Matisse, in 1954, he created a series of interiors, incorporating these wonderfully ornamentally designed Art Nouveau rooms into his paintings. Picasso called these series and paintings "inner landscapes." For example, there is an abstract form of a rocking chair, which can frequently seen as symbolic of Jacqueline. In that, you notice a strong intertwining of his private life and his motifs at the end of his life. 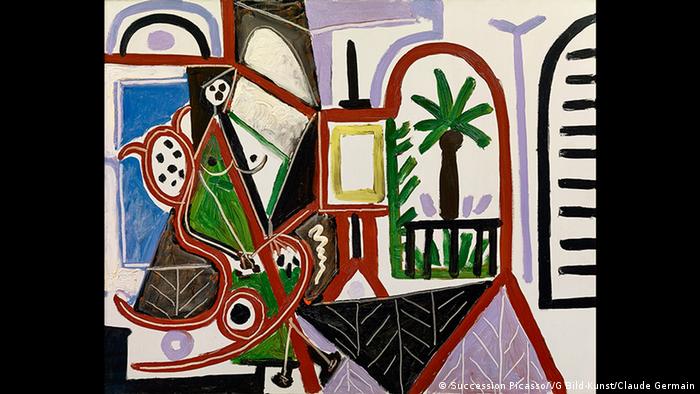 A still life of an interior at Villa La Californie

That sounds almost idyllic, as if the artist Picasso, who was already over 80 and world-famous at the time, was gradually retiring. Was that the case?

Our exhibition shows very clearly that Picasso was absolutely not at rest! There was rather a constant reinvention, questioning and variation in his art. He loved the passionate drawing of very different styles, from fine sketches to rough sculpture or almost unfinished painting. There is a whole span in which one notices how he makes use of these different styles from day to day and has drawn on a pool of possibilities. That's why we can't refer to Picasso as someone who would have retired in his old age.

An elderly man has left an expensive Picasso artwork on a train, where it quickly disappeared. The jug from Picasso's "Owl" series is worth more than €10,000, the owner said. (26.02.2019)

A painting by the world-renowned artist trumped expectations at a London sale. The work has a strong autobiographical appeal, as it is believed to depict not only one of Picasso's muses, but a future lover as well. (01.03.2018)