Dominique Nabokov has photographed the living rooms of celebrated creative types in New York, Paris, and now Berlin. In an interview with DW, she reveals why these spaces are also like portraits of the cities themselves. 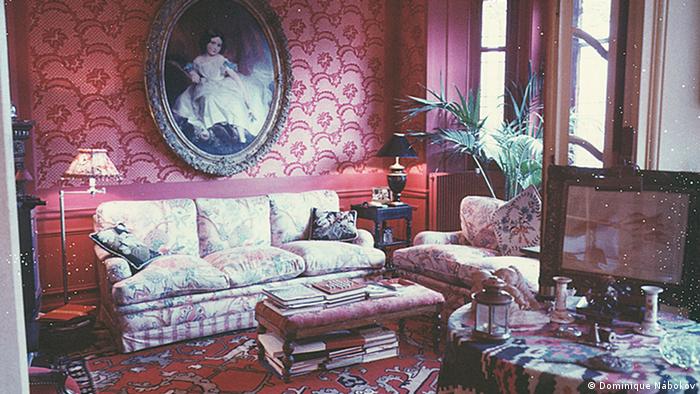 Dominique Nabokov is a photographer who divides her time between the United States and France. Her Living Rooms series is a decades-long project in which she photographs the interiors of artists and wealthy cosmopolitans. In 1998, she published "New York Living Rooms," with the second installment, "Paris Living Rooms" following in 2002. Now Nabokov has returned to the American Academy in Berlin (she was the Marina Kellen French Distinguished Visitor in fall 2012) as a Dirk Ippen Berlin Prize Fellow to work on "Berlin Living Rooms," the third part in her trilogy.

DW: What inspired the concept of photographing living rooms?

Dominique Nabokov: Originally I was asked by "The New Yorker Magazine" at the end of the summer in 1995 to do a photo essay on the working rooms of writers. I thought it was a bit conventional, so I suggested instead of the writer's room, why don't we do the living room. And I thought, "Why should we only stick to the world of the writers, why don't we include all the arts?" I chose living rooms because they are usually "la vitrine," or the showcase, that the residents present to the world. In other words, it is their portrait. So it started that way. The essay was published in "The New Yorker" in the fall of 1995. 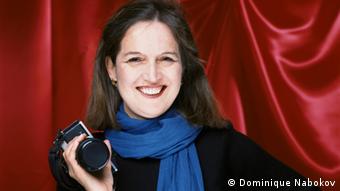 In both New York and Paris you photographed the living rooms of celebrated individuals. Why?

The idea was really to photograph the world I knew, which was the world of the arts, which is my world. I make a portrait of the cultural side of the city, for instance the cultural nomenclature of New York. I do not photograph the average person's living room in these projects. I photograph the living rooms of famous personalities in the art world: artists, architects, musicians, writers, poets, actors, fashion designers, and even politicians in a city where I have lived. It is also the portrait of a city. I approach these people because either I know them or admire them, or want to know them, so people I trust recommend them to me.

What does a living room say about the person who dwells there? 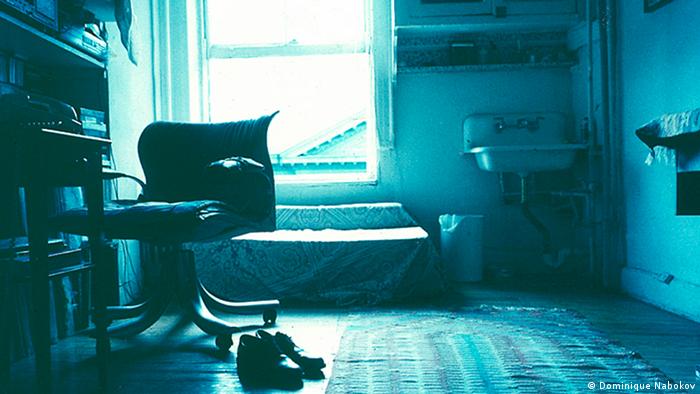 Do you make any preparations to the living room before you photograph it?

No, I don't make any preparations before I photograph a living room I've chosen. And I don't want the owners to arrange it before the shooting. I ask the people to leave the room the way it is, and I would prefer if they would not clean anything. I come with a camera, a tripod, and no exterior light. I use the light of the place, and if there's not enough light I turn on the lamps. I photograph the room like I would a portrait - directly, that's it. No sense of decoration, I just register the room. In general, if I can, I take the photo from two angles, from two opposite sides.

Tell me about the type of camera and film you use. How do they inform your work?

For my two books, "New York Living Rooms" and "Paris Living Rooms," I used a Polaroid film that doesn't exist anymore: the Polaroid Colorgraph type 691 film with the Polaroid Camera 600 SE, so you could see the results right away. Basically there were six shots per box. Sometimes I did one box, sometimes I did two boxes. What was good about that film was that it was a full color positive transparency, so you could project it, you could enlarge it, it had an extraordinary register capacity. That doesn't exist anymore. Now, Polaroid is bankrupt. 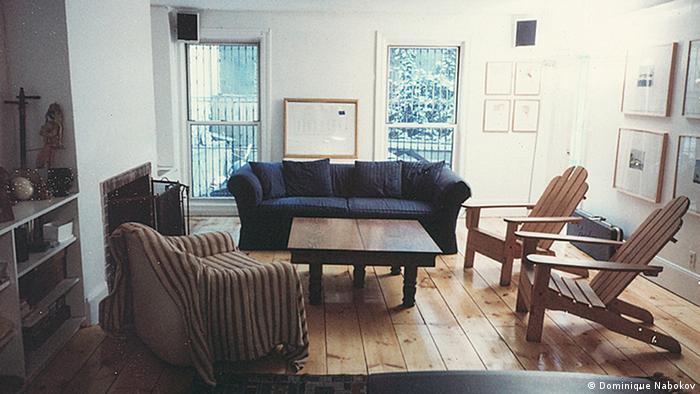 But when I started to photograph Berlin, I decided to use film because I don't work really with digital. I have a very small digital camera, which I used to register each living room. I started with black and white film, and I won't move to color. Color is rather boring, I think. The Polaroid was fun because the color was eccentric. With black and white there is a desire to go back to a classical style. I mean, it's just an aesthetical decision. I may regret it, I don't know. It's an adventure. But I haven't seen the results yet because I just came back from Berlin. The book, in principle, will be in black and white, which is very different. I don't know what it will show, it will be a surprise.

Why did you choose Berlin for your next city of living rooms?

The new book will be part of a trilogy. I did New York, Paris, and now Berlin. These are the three cities where I've lived the most in my life. I've lived in New York for the last 35 years. I was born in Paris and I have an apartment in Paris, so I go back there all the time. I lived a lot in West Berlin in the 60s because my husband was at one point the director of the Berliner Festwochen and he was very engaged in cultural events. So with him I lived in Berlin from 1965 to 1978, three months a year. 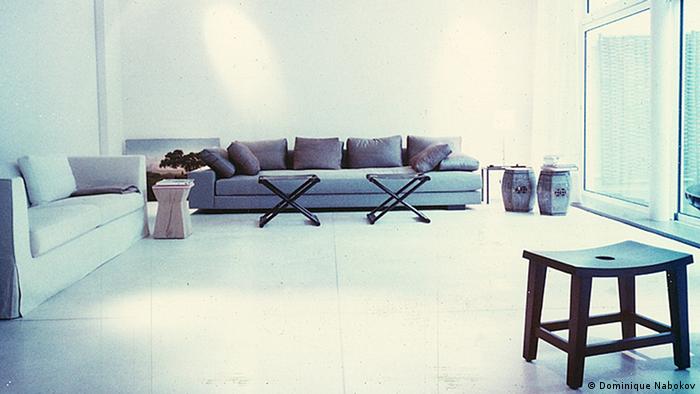 The living quarters of architect and designer Christian Liaigre, photographed by Nabokov in Paris, 2001

Then he died and I became a photographer and shot stories for magazines. I came back twice for French "Vogue" and American "Vogue" to do portraits of West Berlin, and many other times, so I have a big traditional archive in Berlin. I always wanted to do the living rooms of Berlin.

Could you tell me the names of any Berliners whose rooms you've photographed so far - or plan to photograph? 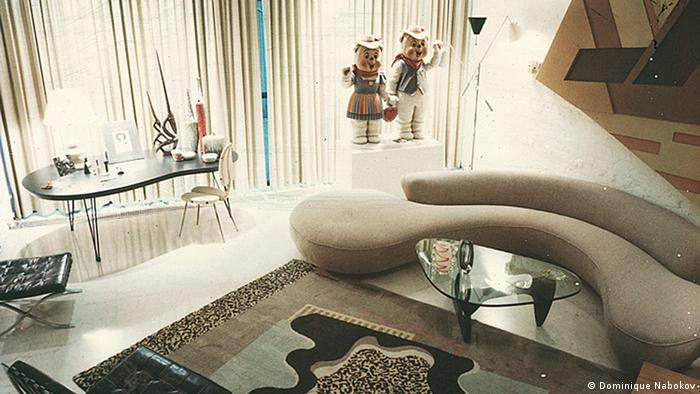 How do the living rooms of each city differ? Is there a quality or style that sets New York apart from Paris, or Berlin?

It is very hard to respond to that question because the world today, due to globalization, is very much the same in the Occident, or the West, if you prefer. So I will only say this: New York is liberty, there is no code for taste, anything goes. In Paris the common denominator is bourgeois culture, an attempt at good taste. I don't know if "good taste" really exists, but that's the idea. As far as Berlin is concerned, I can't tell because I haven't developed the film yet. It's a big unknown. It's a city that went through a lot of suffering. It's not a definite society yet, though it's become the capital of Germany, there are many artists, and it seems quite international. Yet in Berlin, I did not feel a great sense of luxury. But I can't judge, really, because I've only photographed 35 percent of the book. 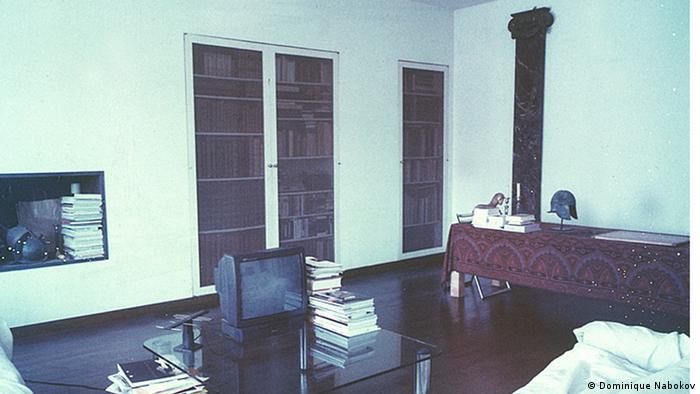 The home of Parisian art dealer Yvonne Lambert, photographed by Nabokov in 2002

Dominique Nabokov started out as an assistant photographer to Patrick Demarchelier in 1980, before she branched out on her own and focused on portrait photography and photo reportage. Her work has appeared in many publications, including "The New Yorker," "Vogue," "Vanity Fair," "Le Monde," and "Le Nouvel Observateur," and it is featured in the collections of the Musée Européen de la Photographie and the Fonds National d'Art Contemporain.

'The more digital the world, the more need for glossy magazines'

The high-brow German weekly Die Zeit is trying to go international with a slick, biannual, best-of magazine in English. But can it appeal to foreign fashionistas? DW spoke to editor Christoph Amend. (04.04.2014)

Twelve internationally renowned architects have donated their blueprints for the newest Ronald McDonald House in Hamburg. Critics say McDonald's is misusing the goodwill; families say the homes have saved lives. (13.01.2014)