The Hague-based ICC has launched an initial probe to investigate claims of crimes against humanity as part of the Philippines' deadly war on drugs. President Duterte "will argue his case personally," a spokesman said. 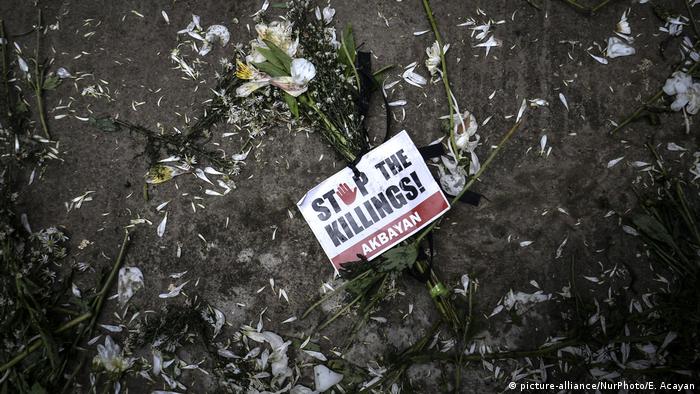 Roque, a former law professor, dismissed the initial probe by the court based in The Hague, saying it was "a waste of the court's time and resources."

"Obviously, this is intended to embarrass the president. But the president is a lawyer; he knows what the procedures are. They will fail," said Roque. "The president has said that if need be, he will argue his case personally before the International Criminal Court."

Philippine lawyer Jude Sabio filed the complaint last year. He accused Duterte of "repeatedly, unchangingly and continuously" inciting murder in the Philippines under a so-called "drug war" that has left more than 4,000 people dead since June 2016, according to police figures. Duterte and police have denied any wrongdoing. 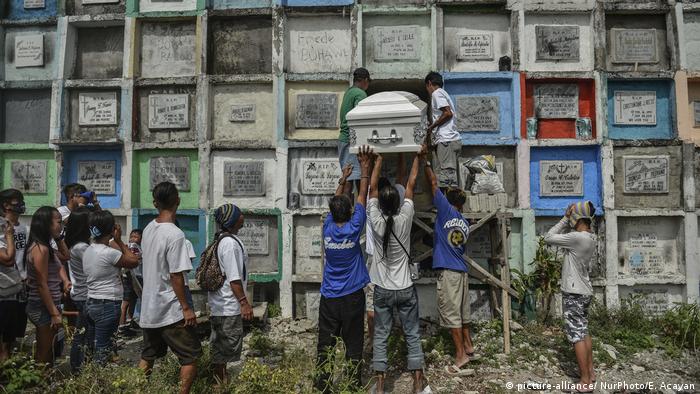 'Bring the mass killings to a stop'

Human rights groups have, however, warned that the death toll of Duterte's campaign against suspected drug dealers as well as drug users is likely much higher.

New York-based Human Rights Watch last month said "more than 12,000 suspected drug users and dealers, mostly from poor families in urban centers across the country" have been killed in the "drug war."

It noted that "unidentified gunmen" were reportedly responsible for the 8,000 other deaths not claimed by police.

"President Duterte has not only resisted calls to end his brutal 'drug war,' but has used populist rhetoric to disparage the brave activists who have been investigating and denouncing his cruel campaign," said Phelim Kine, HRW deputy Asia director.

"Since Duterte will never undertake a serious investigation into the 'war on drugs,' it's up to the United Nations to support an international investigation and bring the mass killings to a stop."