Rodrigo Duterte has apologized to Jews worldwide for his comparison to Nazi dictator Adolf Hitler in a speech on Friday. However, the leader said he did nothing wrong in implementing his plan to kill drug addicts. 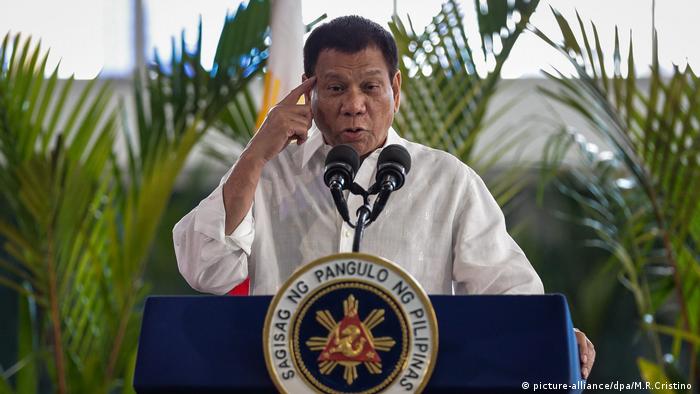 Speaking on national television Sunday, Duterte said his comments were a reaction to criticism he received following a speech on Friday. "So I said, 'Sure, I am Hitler, but the ones I will kill are these [drug addicts] ... but it is not really that I said something wrong. But rather, they do not really want to tinker with the memory so I apologize profoundly and deeply to the Jewish [people]."

"I would like to make it [clear], here and now, that there was never an intention on my part to derogate the memory of six million Jews murdered," he added.

The Philippine president said that he was criticized after using a Hitler comparison. "The reference to me was, I was supposedly Hitler, who killed many people ... But I was very emphatic. I will kill three million," he said, referring to the number of drug addicts in his country.

His strategy against drugs has won him support from many Filipinos, but also harsh criticism from the United States and the European Union.

On Sunday, Duterte continued with his strong comments, targeting the US and the EU.

"The Americans, I don't like them ... they are reprimanding me in public. So I say: 'Screw you, f--k you, everything else. You are stupid." The leader also threatened to cancel the Enhanced Defense Cooperation Agreement (EDCA) with the US that came into force this year in January.

The 71-year-old leader has been nicknamed the "Punisher" for his tough stance on drugs. Over 3,000 people have been killed since he took over as president of the Philippines three months ago. Most of those killed in police shootouts have been addicts and drug pushers.