The shooting death of a Black man has unleashed two days of looting and violence in the east coast city. Officials said they have ordered an overnight curfew to stop "lawlessness." 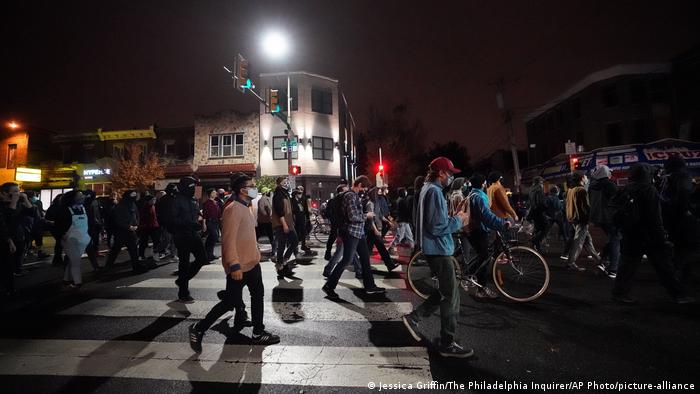 The mayor's office of the US east coast city of Philadelphia said Wednesday that a citywide curfew would be put in place overnight in an attempt to quell two nights of unrest following the police shooting of a Black man.

The curfew will begin on Wednesday at 9:00 p.m. local time through 6:00 a.m. Thursday morning, according to the mayor's office website. Grocery stores, restaurants and pharmacies have the option to operate delivery services.

On Monday, 27-year-old Walter Wallace was shot to death by police following an altercation during which authorities say he ignored orders to drop a knife.

Wallace's family said he was experiencing ongoing mental health problems, and that they had called an ambulance as Wallace was having an episode. 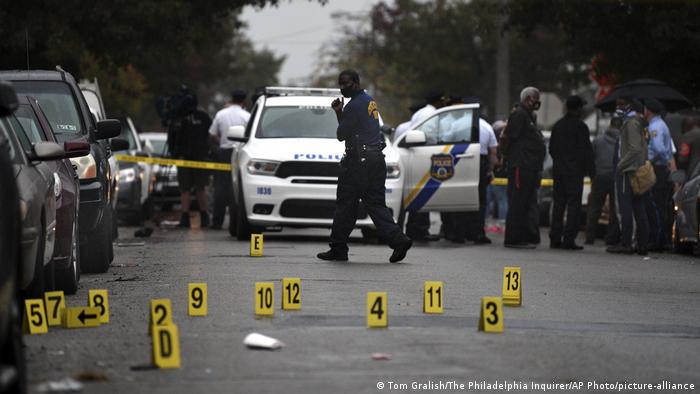 The scene following the police shooting of Walter Wallace on Monday

"When you come to a scene where somebody is in a mental crisis, and the only tool you have to deal with it is a gun ... where are the proper tools for the job?'' she said.

Philadelphia Police Commissioner Danielle Outlaw said the department will release 911 tapes and footage from police body cameras "in the near future.''

Thousands of people have taken to the streets of Philadelphia, a city with over 1.5 million people, since Monday's shooting.

There have been clashes with police and reports of shops damaged by looting. City officials said they estimate that about 1,000 people were involved in looting on Tuesday night.

"These individuals are doing nothing but simply wasting our precious resources," Police Commissioner Outlaw told a press briefing, describing the "widespread lawlessness" in the city.

Philadelphia police reported 81 arrests overnight from Tuesday into Wednesday, including eight for assaulting police, 53 for burglary and one for arson. Dozens of police officers were treated for minor injuries.

Pennsylvania officials have said the National Guard is due to arrive in the next few days to focus on guarding infrastructure.

Democrat presidential candidate Joe Biden said Wednesday that there is "no excuse whatsoever" for looting and violence, while expressing support for "legitimate" protests. Biden said he would look into ways to prevent police shootings if elected.

"The mayor, or whoever it is that's allowing people to riot and loot and not stop them, is just a horrible thing," Trump told reporters. "You can't let that go on," he added.

Philadelphia Mayor Jim Kenney, a Democrat, said Tuesday that although there are "a lot of peaceful protesters," vandalism and violence is "not an acceptable form" of protest.

US protests as they happened: Demonstrators defied curfews across the country

Protests were being held outside the White House, in New York and many major cities. Meanwhile, the EU said the killing of George Floyd was an "abuse of power." Read about how the protests unfolded here.

US sports teams in the NBA, MLB, MLS and WNBA boycotted scheduled games to protest the police shooting of Jacob Blake in Wisconsin. It was the latest in a string of recent "Black Live Matters" protests in sports.