Peter Schumann: "The crisis is escalating"

The international community must concentrate on preventing a humanitarian disaster in South Sudan, but the political crisis must also be addressed, says Peter Schumann, a former UN coordinator in southern Sudan. 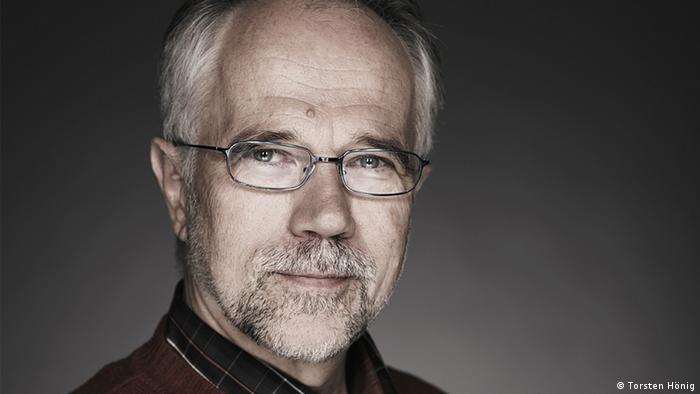 DW: After days of fighting in South Sudan, both government and rebels are claiming that they are in control of the town of Malakal. Peace talks set to resume in Addis Ababa on Thursday (20.03.2014) failed to materialize. But the United Nations is turning its attention to South Sudan this week, with its head of peacekeeping urging the two sides to respect the cessation of hostilities agreement they signed two months ago. Peter Schumann, as a former UN coordinator in southern Sudan, how do you see the UN responding to this apparent unwillingness of both sides to sit down and talk?

Peter Schumann: Three months into the conflict not much has changed. We have the cessation of hostilities agreement you referred to, which is violated more often than it is adhered to – not surprisingly, because we don't have the mechanisms with which to monitor compliance with the agreement. That is still under negotiation. The Intergovernmental Authority on Development (IGAD) has not yet been able to set up the monitoring system. There are debates about the protection of the monitors. The usual technicalities need to be put in place. So far, it has been a major failure on the part of the international community to come to a quick intervention, to take quick action to address the crisis. In my view the crisis is escalating. We're not seeing any respite. As you have pointed out, the fighting continues. Malakal is changing hands. It will change hands again. Other towns are under threat. We're seeing a pattern re-emerge, and we know from the civil war that the government controls the towns; the rebels are operating in the villages, in the rural areas.

Some people have been mentioning the possibility of sanctions against South Sudan. Envoys have been saying that both the United States and the European Union were considering targeted measures against individuals. Is that likely?

Even if these measures are put in place, it won't have much of an effect, as we have seen with sanctions in the North, in Khartoum. I don't think that the perpetrators of violence in South Sudan will depend on the ability of traveling abroad or using bank accounts, or things like that. So I think targeted sanctions against individuals will not have an immediate effect, and maybe not even a long-term effect. I don't think that this is the right way to address the crisis. What is needed much more is a coherent approach between the United Nations, between the regional organizations, IGAD and the African Union.

How likely is it that such a coordinated approach will come about?

We see a split within IGAD. The heavy role the Ugandan forces have played to stabilize Salva Kiir's government have in my view created a split within IGAD. We see different positions taken by Ethiopia. It is not clear, but if reports are confirmed, Eritrea may have provided support to the rebels. So IGAD is divided. There is no unified approach within the African Union.

In my view, there is also a split within the United Nations on how to continue. You may recall the mission mandate is up for renewal in early July. The discussions so far about adjusting the mandate to the new requirements are very, very vague. The discussions of the Security Council on March 18, just a few days ago, were basically about refocusing, but then when you look at the details, it is essentially more of the same: protection of civilians now within UN compounds, facilitating humanitarian operations, monitoring and reporting on human rights. There the mission has massive problems: they are under pressure from the government when they issue reports on human rights violations. Other points are: preventing further intercommunal violence – I don't think the mission has the capacity and the political ability to do this – and then supporting the IGAD mediation process, with the caveat: when requested and with an available capacity. To me this does not look like the Security Council has a clear view and a clear vision on how to address the massive political crisis the people of South Sudan are confronted with.

But could there not be a shift away from nation-building and towards emergency relief? Is that the direction in which the United Nations is heading?

I think at the moment they have no choice but to really concentrate efforts to prevent a massive humanitarian disaster. Even before the crisis, the estimates ranged between about 2 million to 3 million people at risk. Now we have the crisis, we have the massive displacement, and we are faced with the onset of the rainy season. I would say two-thirds of the population is at an immediate risk. The humanitarian problems have already started. But if the United Nations limits its intervention to humanitarian assistance and fails at the political process, then I think we don't really need peacekeeping.

Peter Schumann is a former UN coordinator in southern Sudan.

EU and US envoys have warned South Sudan's warring factions that famine is looming because they continue to ignore a ceasefire. East African states have agreed to deploy troops as monitors. (13.03.2014)

The latest round of South Sudan peace talks have been postponed. The rebels, led by former vice president Riek Machar, have refused to participate in the negotiations because of a dispute over political prisoners. (10.02.2014)

The fragile cease-fire in South Sudan has enabled aid agencies to resume their work across the country. However, if there is no genuine peace by April, the rainy season could sabotage their efforts. (31.01.2014)