Monsanto pesticides are causing birth defects and cancer in Argentina, according to a new report. In a farming community near Córdoba, residents say they have been poisoned by pesticides. 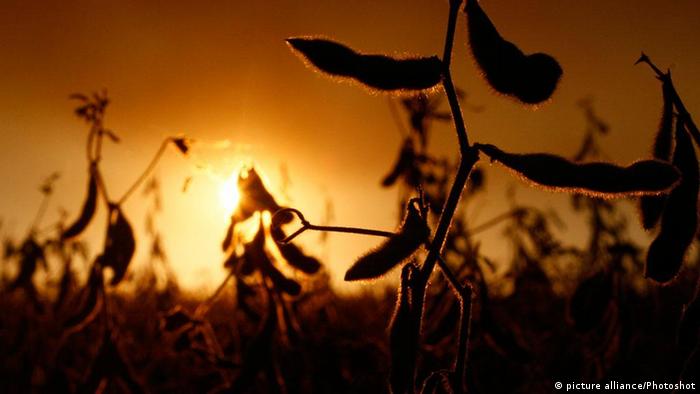 Sofía Gatica sits in the sun on a café patio in the Argentine city of Córdoba. She talks about raising her three children in Ituzaingó, a Córdoba suburb surrounded by soy fields. In the mid-1990s her oldest son became extremely ill.

"When he was four years old, he came down with the illness that left him temporarily paralyzed," she recalls. "He was admitted to the hospital. They told me that they didn't know what was wrong with him." 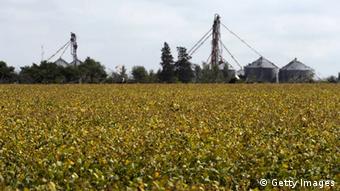 In 1999, Sofía Gatica gave birth to her fourth baby, a little girl. Three days later, the baby died of kidney failure. The loss of her child prompted Gatica to take action. She decided to find out what was happening in her neighborhood.

Soon Sofia Gatica was joined by others. "The mothers started to come help me, to tell me, 'Look, I have another sick person.' They came to me by themselves and decided to join the struggle." 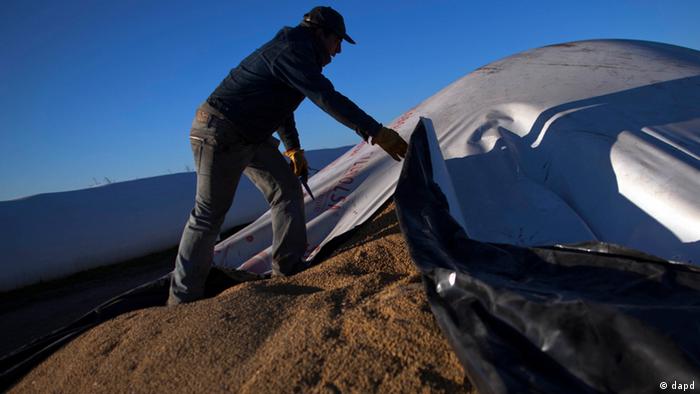 The results were alarming. The area's water supply was polluted, and eighty percent of the neighborhood's children had agrotoxins in their blood.

Around this time, a doctor at the University of Buenos Aires - Andrés Carrasco - proved that the herbicide glyphosate can cause birth defects in vertebrates. "In most cases, the fetus dies before birth because of its deformities," Carrasco explain said in an interview with DW. "The inhalation or the introduction of these agrotoxins kills the embryo."

According to a new report from the Associated Press, there are similar cases being recorded across Argentina. Monsanto herbicides and pesticides are drifting into residential communities and seeping into water sources, farmers are using the chemicals without proper protective gear and discarded pesticide containers are being used to store water and other farm goods.

The report signals growing concern among doctors, who warn that these chemicals may be the cause of rising cancer rates, birth defects and respiratory illness. Cancer rates in Santa Fe are reportedly two to four times higher than the national average. In Chaco, birth defects quadrupled in the ten years after biotechnology for improving crop yields was introduced.

He added that the company does not condone misuse of pesticides or the violation of pesticide laws. "Monsanto takes the stewardship of products seriously," he wrote. "We communicate regularly with our customers regarding proper use of our products."

In the mid-1990s, Monsanto introduced soybean seeds engineered to resist herbicide. Argentine farmers were quick to start using it in their fields, which improved productivity and eventually turned the country into the urned the country into the world's third largest soy producing nation. Despite the growing anti-pesticide and anti-GMO movements, many farmers remain convinced that Argentina’s economic stability and future food security depends on the continued use of Monsanto’s products.

César Soldano has been farming in Córdoba and the nearby province of Santiago del Estero for three decades. He plants soy and corn in the spring and summer, and wheat and garbanzo beans in the winter. The land where he now farms wasn't productive until he started using genetically-modified soy beans and the glyphosate herbicide.

"This was all scrubland," Soldano says, gesturing to his fields and adds that glyphosate enabled him to transform the landscape.

"Monsanto's 'Roundup-Ready' soy means that the soil doesn't have to be turned," Soldano continues. "The glyphosate destroys all plant growth except the soybean. This makes it possible to conserve water and grow crops." 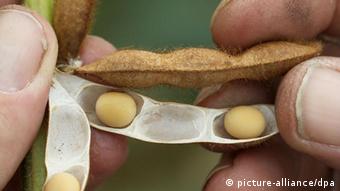 Soldano drives around his fields, describing his irrigation system and explaining that today's green shoots will soon become garbanzo plants. Before the arrival of glyphosate, he says, farming techniques caused erosion, depleted the region's water supply, and polluted the environment with chlorine-based weedkillers, which have now been internationally banned.

"Our crops were not productive. And when this technological change came about, everything changed radically," Soldano notes. "The person who was able to alter the plant's nucleus in order to improve our food crops deserves a Nobel Prize."

Soldano points out that genetically-modified soy has also made an important impact on Argentina's economy. Almost ten percent of the national government's budget comes from taxes on soy.

Sofía Gatica, however, doesn't believe the short-term economic benefits make the long-term damage worthwhile. Her continued protests against genetically-modified crops and the pesticides used with them has made her a target. She was harassed for two years by a woman who met her at the bus stop and insulted her for the entire forty-minute bus ride to work.

Once, Gatica says, a man appeared at her home and threatened her with a shotgun, telling her to give up the fight against soy farmers. "Then the threatening phone calls began. They told me that I had three children and that I would end up with two. And it was awful not to know if your child would come home."

But Gatica has continued to speak out against pesticides and GMO crops. And slowly, she and other activists are gaining support. "Everyone is demanding pesticide-free borders - for agrotoxins not to be sprayed near people. Some places now have 1,500-meter (4,921-feet) borders, others 2,500 meters," Gatica says. 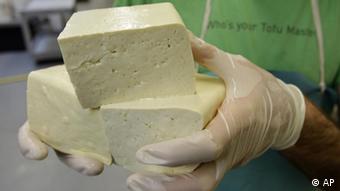 Soy is broadly used as animal feed, tofu and biodiesel

"And now we've got clean water in Ituzaingó, where before we didn't have potable water. And Córdoba has started a tumor registry; before there wasn't a registry of people with cancer," she says.

In a landmark case last year, a soy farmer and the pilot of a fumigation plane were found guilty of spraying harmful herbicides near residential areas, says Enrique Viale, the president of the Argentine Association of Environmentalist Lawyers. "A court in Córdoba gave a verdict that, for the first time, punished a farmer for the crime of polluting with agrotoxins," Viale says. "The verdict is the product of the struggle by citizens, by women like Sofía Gatica, by the Mothers of Ituzaingó. It's helpful and valuable as a precedent, but it's not widespread yet."

Sofía Gatica says she wants Argentina's government to strictly control the activities of soy farmers. She wants genetically-modified soy and all the associated chemicals banned - and the multinational companies that sell them to leave Argentina. "The multinationals come here to steal our land, to kick out the people who live on the land, to steal our water, and to sow death," she says.

But the world's population is growing and soy from the farmlands of Argentina is considered essential for ensuring food security for the future - making the battle between anti-GMO campaigners and soy farmers far from over.

South Asia rethinks pesticide use on farms amid concerns

The agricultural sector in South Asia needs to massively raise crop yields to feed its booming population. India has long used chemical pesticides and fertilizers to do that. But organic farming is slowly making inroads. (14.05.2013)

The battle for the bees