′Europe′s crop management is getting greener′ | Environment| All topics from climate change to conservation | DW | 31.07.2013 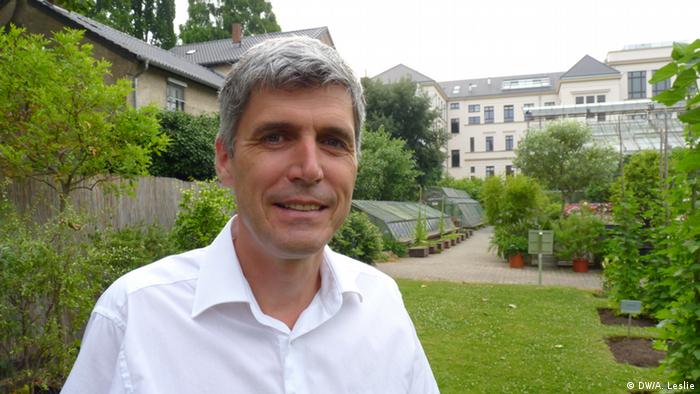 With the continent facing the prospect of more extreme weather due to climate change, using crops which have been genetically modified to cope with the conditions could be an option. But , Frank Ewert, a professor of crop science at the University of Bonn in Germany, said there is resistance among European communities genetically-modified products.

Deutsche Welle: Farming in Europe is guided by the Common Agricultural Policy (CAP) which has been criticized for being unecological and promoting non-stop expansion. Do you think the CAP is environmentally friendly enough?

Frank Ewert: In the past the CAP primarily supported and subsidized production, which had negative side effects for the environment, as well as allowing over-production. Lessons were learnt from this development and the CAP has been adjusted.

We have recently seen the introduction of the second pillar of the CAP, where emphasis is placed on rural development and environment issues. There is more emphasis on cross-compliance, where subsidies are paid depending on what extent environmental regulations are being put into place and adhered to by farmers. So there is a development towards more environmentally-friendly agriculture.

There are discussions about a third pillar of the CAP where greenhouse gas emissions are factored into planning. We have to see how this develops. Generally though, the CAP is focusing more on environmental issues and we will see more of that in the future. 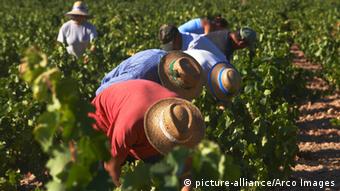 To what extent are genetically modified food products part of the CAP?

Europe has strict, and strictly controlled, regulations about the growth of genetically modified organism (GMO) crops and about the use of GMO products. There is debate about speeding up the process. But this isn't really noticeable at the moment.

From a scientific point of view, do GMO crops have any downsides?

To my knowledge, GMO crops have no direct effects on human health. I need to emphasize, that's to my knowledge - there may be contradictory information out there. There are reports about these crops having indirect effects on the environment where people have seen some genes spread and integrate with other species. That is being researched. That's just one reason why there is so much debate about it, because it is still unclear what the long-term consequences will be of such a new technology.

Genetically modified crops are already able to be developed which are more resistant to temperature increases. This could be helpful considering climate change developments in the future. Do you think that Europe needs GMO crops?

In terms of food supply, in Europe we are currently able to produce sufficient food with the technologies that we have available now. One of the benefits of GMO crops could be to reduce the use of pesticides and insecticides. This is an argument that is often used. One has to explore that more to see whether it is really something for the long term or whether alternative technologies might become available that would result in better implications for the environment. 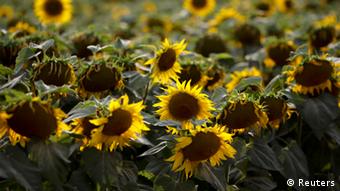 Europe has already experienced long warm periods this summer, which will affect harvests

Europe is thought of as a place of plenty, with lots of food and good crop planning. Could there ever be a chance that we will have food shortfalls on anything?

Of course we will have shortfalls. We have had them already. In the year 2003 we had a dramatic heatwave in Europe with severe implications on harvests of maize in France and other countries in Europe.

But, Europe is part of a global market. There is always the opportunity to buy in food and we continuously have this exchange. It's the nations who are not as economically-strong as those in Europe, who are more likely to be affected by any shortages in the future due to climate change.

Dr Frank Ewert is a Professor of Crop Science at the University of Bonn. He has worked in the UK, Denmark and The Netherlands. He is currently working on a project looking at the impact of climate change on winter wheat in Germany.

Extreme weather caused by climate change threatens to ravage Europe's oldest cities. Cleo Paskal, an expert on geopolitical and environmental impact, says Europe is not facing the climate realities of the 21st century. (17.07.2013)