The Peruvian Andes are home to the world's largest tropical body of ice. But it's melting at a rapid pace, exacerbating poverty in the process and jeopardizing the economy of the entire country. 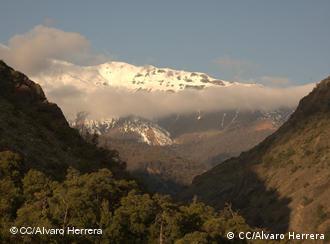 The Andean glaciers are particularly sensitive to climate change

Two thirds of the Earth's tropical ice masses are located in Peru's Andes mountains. These tropical glaciers are highly vulnerable to global warming, and according to government reports, Peru has lost at least 22 percent of its ice mass since 1970. The speed of the melt is moreover accelerating – with dramatic consequences.

The British Climate Change Vulnerability Index has identified that Peru is harder-hit by global warming than almost anywhere else. 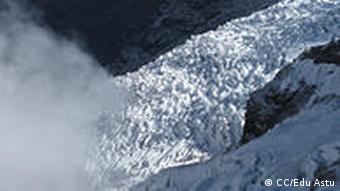 Since 1970, glaciers in the Andes have lost 20 percent of their volume

Peru has a population of 30 million, and two thirds of them live in the coastal regions. Their water and electricity supply depends directly on the freshwater flow from the glaciers in the Andes.

Agriculture and mining are also reliant on this water flow. "Water-related conflicts are brewing between these industries," says Michael Lingenthal, director of the Konrad Adenauer Foundation's office in Lima.

"These disputes will become more urgent as global warming continues. There are too few storage reservoirs for the water available. And the faster the glaciers melt, the greater the likelihood of water shortages."

The Peruvian government is taking the threat seriously. The foreign ministry's climate expert recently warned that unless the country's water issue is resolved within the next five years, a national emergency is inevitable.

Lima is planning to build a number of reservoirs to combat the looming crisis and also to boost the hydroelectric power industry, which already supplies 60 percent of Peru's electricity.

According to the "Peruvian Times" newspaper, the Inter-American Development Bank (IADB) recently approved a $25 million policy-based loan to Peru aimed at addressing climate change. Lima will use the funds to implement a climate change program that includes setting up facilities such as desalination plants. The aim is to create the legal, institutional and technical conditions required to respond effectively.

Even so, local experts insist more needs to be done – especially as far as water prices are concerned. These are so low that waste is inevitable, says Michael Lingenthal. There is also an urgent need for sewage treatment plants, given that many rivers are contaminated with agricultural and mining waste.

Another problem are what are known as the garimperos, the informal sector miners who work without licences. "The lack of regulation (in this sector) means it contributes to the contamination of the rivers," explains Lingenthal. 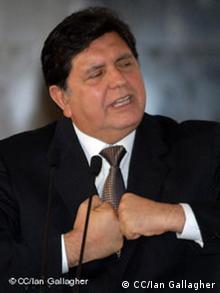 Alan García is aware that the environment is a political priority

But in Peru, climate protection is an economic imperative. The Central Bank of Peru estimates that by 2025, the country will be losing over 4 percent of its annual economic performance if it does nothing to brake climate change.

The UN Framework Convention on Climate Change estimates that Peru will need some $450 million a year until the year 2030 – and millions more to cope with the already-existing problems caused by global warming.

The Peruvian economy is actually booming right now – in 2010, gross domestic product rose by almost 8 percent. But when it comes to climate protection, the country is wholly dependent on international loans.

Water is not the government's only focus. It has also invested in energy-efficient ovens that will allow the population to reduce its dependency on firewood.

Two thirds of Peru is covered in forest, but the country has lost 15 million hectares of woodland to deforestation, with some 150,000 hectares of forest chopped down every year. In 2008, Lima initiated South America's first reforestation program which saw half a million Peruvians plant 100 million trees over a period of two years. The program was brought to a close by President Alan García im March 2010.

A second project phase will entail the planting of another 80 million trees. 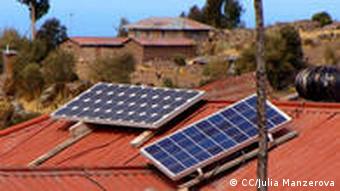 Renewable energy definitely has a future in Peru

But Peru's rainforest protection measures have also been heavily criticized. The Adenauer Foundation has accused the National Institute for Natural Resources, which is responsible for forest protection, of awarding land rights to farmers who fell trees to clear the land for agriculture.

"Against a backdrop of poverty, this practice is understandable but contributes directly to the destruction of the forests," the foundation stated in a report.

Presidential and congress elections are scheduled for April 2011, and observers say that new leadership might usher in a new climate policy in Peru. Michael Lingenthal is cautiously optimistic, and says that one of the most promising candidates is former president Alejandro Toledo, who has pledged to make the environment a priority.

"The problems are well-known, and the will to fight them is there," stresses Lingenthal. "But climate policy needs to become more efficient."

"This takes time," he concedes. "It took a while for the environment to become a political priority in Germany too."

Surrounded by desert and faced with water scarcity, the Peruvian capital is exploring new options. (06.12.2011)

Efficient stoves and ovens not only improve the quality of life for people in developing countries, they also help protect the climate. It's even possible to earn money buy cutting emissions. (23.03.2010)