As the diplomatic spat over claims of espionage intensifies, Peru has announced it is withdrawing its ambassador to Chile. At least three military officers have been implicated over selling information to Santiago. 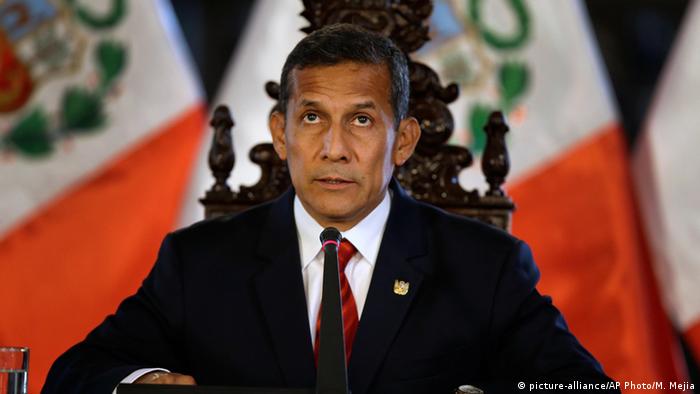 Peru said on Saturday that it was pulling its ambassador out of Santiago as tensions rose between the South American nations amid accusations of military espionage.

Lima is prosecuting two non-commissioned naval officers and investigating a third for allegedly spying for Chile.

Peru issued a diplomatic note demanding an answer from its neighbor over the incident on February 20, and has yet to receive an answer. Speaking to the foreign press from the government palace, Peruvian President Ollanta Humala (pictured above) urged Chile to hand over the results of its own investigation into the spying claims and offer assurances that it would not happen again.

Lima said it would "proceed with withdrawing its ambassador" until it deemed itself satisfied.

Chile responded by saying it would not comment on the independent choice of another nation.

This is the second time in recent years that Peru and Chile have become entangled in an espionage row. In 2010, a Peruvian air force officer was sentenced to 35 years in prison for selling information to Chile.

The new case has soured diplomacy between the two countries just a year after an international court settled an intense maritime border dispute, raising expectations that the neighbors' long history of mutual distrust was a thing of the past.

The head of Peru's military court has said the trial of the two naval officers may continue until August and that ongoing inquiries are probing whether high-ranking officers were also involved.

President Michelle Bachelet has signed a bill intended to ease the strict ban on abortion in Chile, despite a powerful anti-abortion lobby. Abortion of any type has been illegal since the era of Pinochet dictatorship. (01.02.2015)