Peru: Over a dozen killed in attack ahead of presidential vote

Over a dozen people were killed at two bars in attacks carried out by suspected Shining Path rebels. Pamphlets warning people not to take part in the 2021 election were left at the scene. 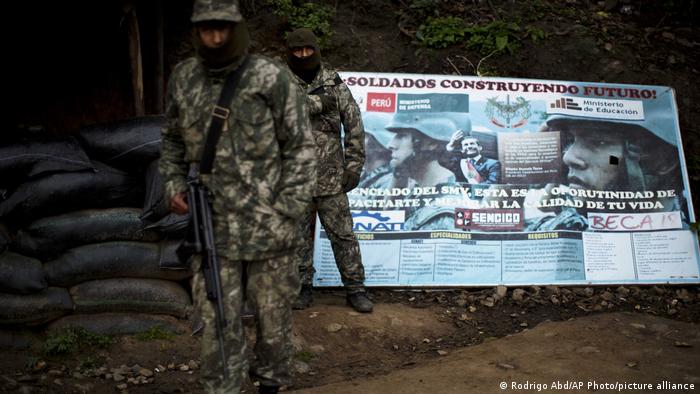 A specialized terrorism unit was tasked with investigating the attack

More than a dozen people were killed in a remote area of central Peru known for coca production, authorities said on Monday, accusing the Shining Path rebel group.

The killings came just two weeks ahead of the presidential runoff election amid a polarizing campaign.

An earlier military press statement had put the death toll at 14.

Defense Minister Nuria Esparch vowed the killings "will not go unpunished." She said on Twitter that the government will guarantee "free, transparent and orderly elections."

Armed men stormed into two bars and opened fire in a community in Vizcatan de Ene, according to a local official cited by the Associated Press.

Some of the bodies were burned beyond recognition, officials said.

The region's mayor Alejandro Atao said police were alerted to the crime by neighbors in the early hours of Monday.

Pamphlets signed by the Shining Path were found near the bodies, vowing to rid the region and Peru of "parasites and the corrupt" and warning people not to take part in the 2021 election, according to the mayor.

The area where the attack took place is located in a remote area of the Peruvian Amazon.

Authorities believe the region, known for being used by some local criminal groups to produce cocaine, is being used as a hideout by remnants of the Shining Path movement.

Who are the Shining Path rebels?

The Maoist-inspired group began its fight against Peru's government in 1980. By 1992, the group was weakened by the capture of its leader, Abimael Guzman, and many of its other leading members.

Nearly 70,000 people were killed during fighting among rebel groups, the government and self-defense patrols between 1980 and 2000, a truth commission found.

While most of the group leaders have been detained, its current leaders and other militants remain at large and reportedly remain active in Peru's coca-growing region.

The government believes they collaborate with drug traffickers.

What about the election?

The June 6 presidential runoff is between leftist Pedro Castillo and his right-leaning rival, Keiko Fujimori. 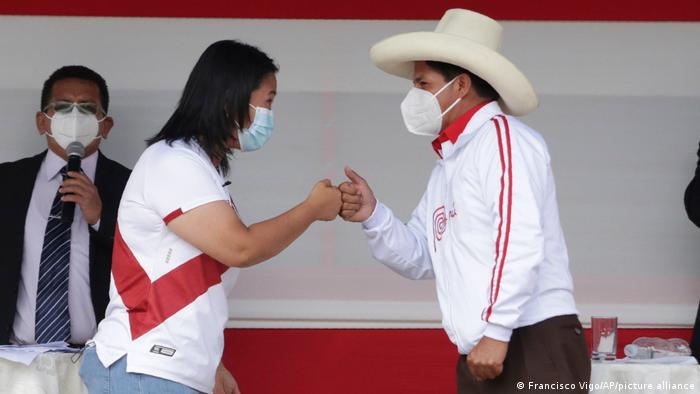 Fujimori is the daughter of former authoritarian President Alberto Fujimori, who presided over the fight against Shining Path in the 1990s.

Supporters of Fujimori have tried to link rival Castillo to the Shining Path's political wing, known as Movadef. But Castillo vehemently denies the allegations.

The United Nations office in Lima condemned Sunday's attack, calling on all actors involved in the electoral process "to act responsibly" and avoid "hate speech that increases tensions."

In 2016, a day before that year's presidential election, a similar attack took place in a remote area. Alleged members of Shining Path ambushed a military convoy traveling to a community to guard the polls, killing eight soldiers and two civilians.