The leader of the opposition in Peru has been released from jail after spending more than a year there pending trial. She was accused of receiving illegal campaign contributions from a Brazilian construction firm. 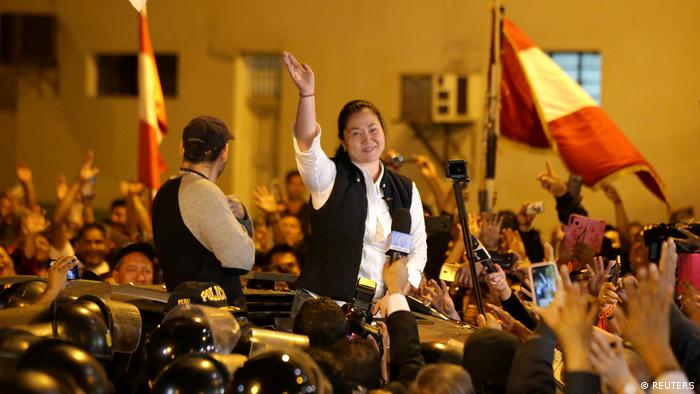 Peruvian opposition leader Keiko Fujimori was released from prison on Friday night after spending more than a year in jail.

The conservative politician had been implicated in the Odebrecht scandal. She was accused of receiving illegal campaign contributions from the Brazilian construction firm of that name.

Fujimori was handed an 18-month pre-trial sentence in 2018, pending trial.

Speaking outside the prison on Friday, Fujimori said the prison stay had been "the most painful time of my life, so the first thing I want to do now is thank God for giving me the strength to resist."

Fujimori greeted her husband outside the prison. He had been on a hunger strike demanding her release. 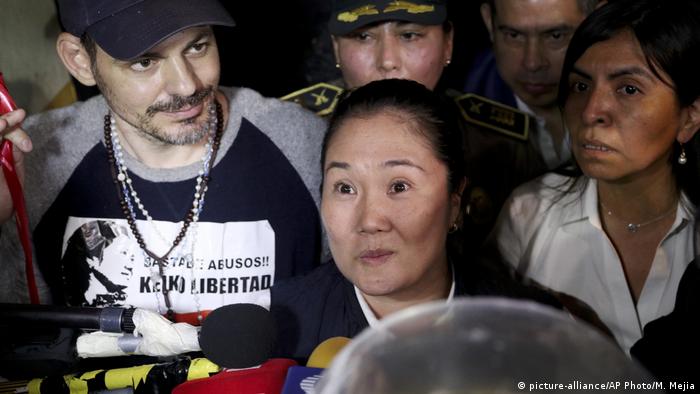 Who is Keiko Fujimori?

Fujimori twice ran for president but faced fierce opposition and accusations of corruption. She still faces a trial in the future. Prosecutors allege she led a criminal organization and received millions of dollars from Odebrecht.

Fujimori is the leader of the powerful right-wing Popular Force party, and the daughter of Peru's ex-President Alberto Fujimori, who is serving a 25-year sentence for human rights crimes. Keiko Fujimori previously served as the country's First Lady while her father was in power.

Peru is preparing for legislative elections in January after President Martin Vizcarra dissolved Congress after facing a battle with opposition lawmakers. Fujimori's party held a majority in parliament before it was dissolved.