Will she win, or not? In Peru's run-off presidential election all eyes are on Keiko Fujimori. The former first lady is in a neck-and-neck race with economist Pedro Pablo Kuczynski. 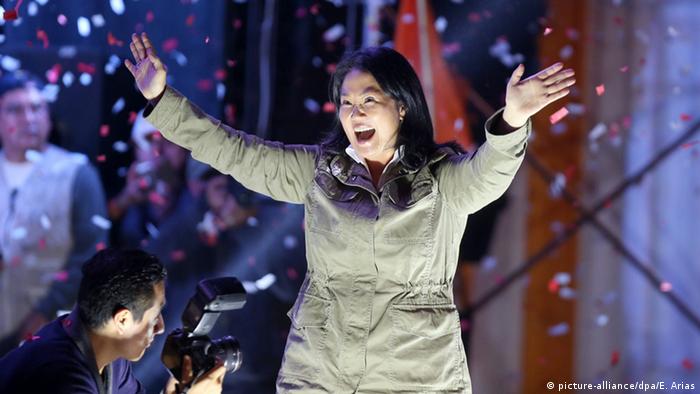 The election has become a choice between governing styles: authoritarian populism versus conservative libertarianism. The candidates could hardly be more different. Keiko Fujimori, 41 years old, is the country's former first lady - a role she took over in 1998 after her father, then Peru's president, divorced while in office. Her opponent: Pedro Pablo Kuczynski, 77 years old, is a former economics and finance minister.

Despite their contrasting personalities, the political rivals have two things in common: both Fujimori and Kuczynski were presidential candidates in 2011. And they are both the children of immigrants.

"She sells herself well, just like her father did when he drove tractors into tiny villages and personally dedicated every bridge built," admitted her political opponent Kuczynski in a recent interview with the Spanish daily newspaper El Pais. "My age is definitely not an advantage."

Yet Kuczynski, born in Lima in 1938 as the son of a Berlin doctor who fled to Peru to escape the Nazis, is gaining ground. The latest polls ahead of Sunday's election all point to a technical tie. Accordingly, Fujimori is set to win 51.3 percent of the votes and Kuczynski 49.7 percent.

The first round of voting on April 10, 2016, was very different: Fujimori led all polling with 40 percent of the vote, and Kuczynski barely squeaked into the run-off with 21 percent. The result for today's run-off will come down to undecideds. These make up some 19 percent of Peru's 23 million voters.

Fujimori, it seems, has decided to take the bull by the horns and is campaigning on a long list of promises made to a number of different special interest groups. She has promised police officers that they will once again be able to work for private security companies in their free time. She promised evangelicals that she would "stop" abortions and same-sex marriage. And she has raised dairy farmers' hopes for higher market prices for milk. 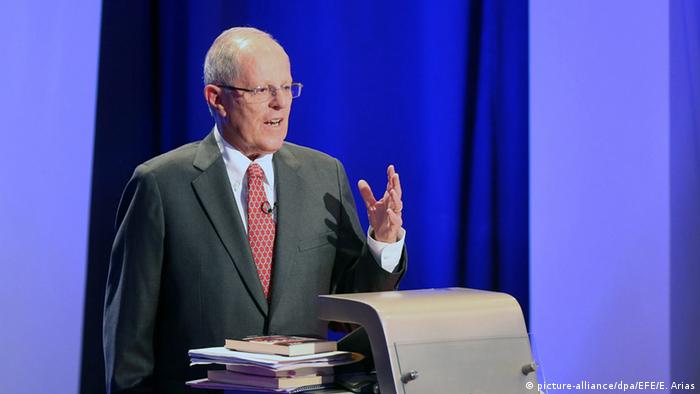 A man with experience, but lacking in charisma: Pedro Pablo Kuczynski

Currently, Peru seems to be experiencing a fairytale existence. While its neighbors in Venezuela, Brazil and Argentina are all suffering from austerity programs and high energy prices, Peru is enjoying economic growth. According to the World Bank, Peru's economy has grown at an average annual rate of 5.9 percent over the last ten years. And the poverty rate sank from 55 percent to 22 percent between 2005 and 2015.

Despite this positive economic data, the Peruvian daily newspaper El Comercio is not buying the "populist offers" Fujimori is selling. "One could perhaps excuse one or another of these promises as unfortunate ignorance," writes the paper. "But the proposal to control milk prices is about intent."

Both presidential candidates are fighting with their perspective political pasts. Kuczynski, a former finance minister and head of Peru's Central Reserve Bank is known as a neoliberal economist, and Fujimori is accused of having antidemocratic intentions.

Her father, Alberto Fujimori, is currently serving a 25-year prison sentence for corruption and human rights abuses. He ruled the country from 1990 to 2000. In 1992, he dissolved Peru's congress with the help of the army and became the country's autocratic ruler.

Under Fujimori the highly controversial "National Program of Reproductive Health and Family Planning" was implemented between 1996 and 2000. During that time some 300,000 low-income women, many of them indigenous, were forcibly sterilized under the guise of family planning. 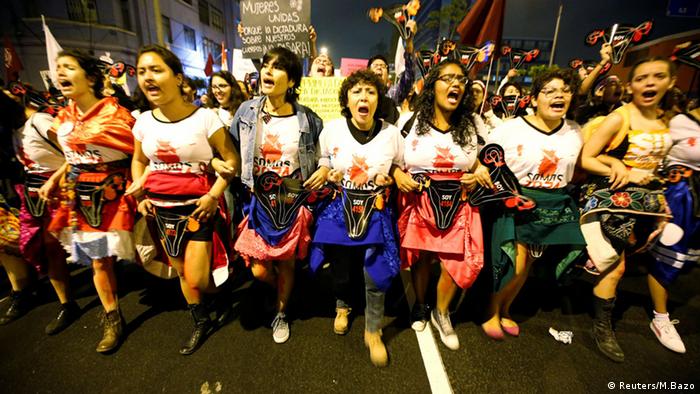 Women gather to protest Fujimori and her father's sterilization program

End of the Shining Path

But ex-president Fujimori is still thought of as a hero in many of Peru's most remote areas, because of his defeat of Shining Path. The country's civil war with the Maoist guerrilla group claimed the lives of 70,000 people between 1980 and 2000.

Keiko Fujimori's supporters hope that she will go after criminals in the same hard-fisted manner as her father. Her critics, however, fear the return of autocracy, populism and cronyism.

The newspaper El Pais recently warned of the Fujimori clan's return to power: "Too many of Keiko's critics have concentrated on attacking her for her past," read an editorial. "But the political consequences of her election would in fact be much more dangerous for the country's future."

Prosecutors have opened an investigation against Peruvian presidential candidate Keiko Fujimori and her husband. The probe comes shortly before nationwide polls and will look into suspicious campaign contributions. (21.05.2016)

Peru presidential elections: "Back to Fujimori?"

Who will be the country's next president? Pedro Pablo Kuczynski or Keiko Fujimori, daughter of the former dictator Alberto Fujimori? Adriana León from the Institute for Press and Society (IPYS) in Lima offers her views. (19.05.2016)