Prosecutors have opened an investigation against Peruvian presidential candidate Keiko Fujimori and her husband. The probe comes shortly before nationwide polls and will look into suspicious campaign contributions. 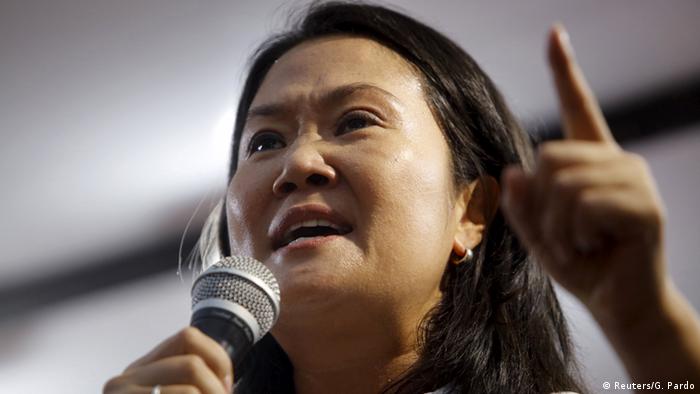 Authorities are looking into possible irregularities in Peruvian presidential candidate Keiko Fujimori's finances, prosecutors confirmed on Friday ahead of a June 5 election.

Tens of thousands in Peru protest against presidential candidate Fujimori

A huge crowd of people has taken to the streets of Lima to protest presidential frontrunner Keiko Fujimori. The demonstration came on the 24th anniversary of her ex-president father's notorious power-grab. (06.04.2016)

Peru's presidential front-runner Keiko Fujimori has signed a pledge committing her to avoiding her father's authoritarian style. Alberto Fujimori is currently in prison for human rights abuses during his 10-year reign. (04.04.2016)

Peruvians are electing a new head of state, with Keiko Fujimori - whose father's legacy continues to divide the country - likely to emerge victorious in the first round of voting. (10.04.2016)

"It's a preliminary investigation that may or may not go on to a preparatory stage" for presenting charges, Attorney General Pablo Sanchez said after an event on battling corruption. "More evidence is needed to make a decision."

The 60-day investigation was opened quietly in March and has been extended, Sanchez said, confirming media reports based on leaked documents.

The suspect transactions include two cocktail fundraisers for donors, as well as wire transfers to her campaign from LVF Liberty Institute - a company registered inthe US state of Delaware.

The center-right candidate called the accusations baseless and said the investigation was aimed at boosting her political opponent, Pedro Pablo Kuczynski, ahead of Peru's election.

"I find it interesting that these types of reports ... are revealed two weeks from the presidential election," Fujimori said at a news conference.

"We know there will be more allegations and lies. I ask Peruvians not to let themselves be deceived," she said.

Recent polls show that the two candidates are neck and neck, with a slight edge for Fujimori. 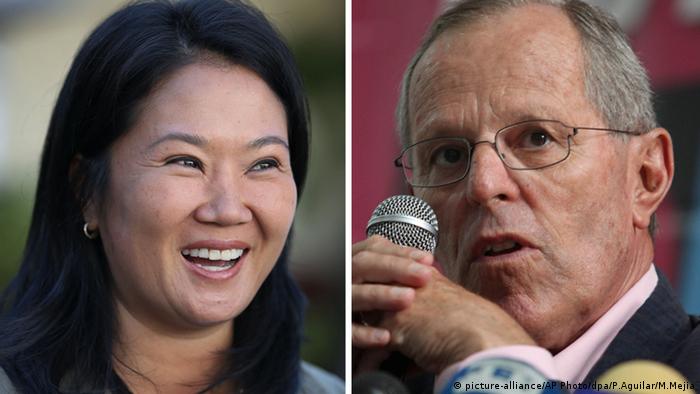 Fujimori, the daughter of imprisoned ex-President Alberto Fujimori, has been facing increasing allegations of links to illicit funds.

Just two day prior to Friday's announcement, Fujimori's senior aide resigned after Univision reported that the US Drug Enforcement Administration was also investigating him for money laundering.

Fujimori has struggled to distance herself from the corruption and abuses of her father's 1990-2000 government. The elder Fujimori is now serving a 25-year-sentence for corruption as well as for sanctioning death squads.

Despite her narrowly topping the polls, tens of thousands took to the streets in the capital, Lima, last month to protest Fujimori's candidacy over concerns that her presidency would be a repeat of her father's reign.