Peru: Martin Vizcarra sworn in as president after predecessor Kuczynski resigns in ignominy

Vizcarra said his administration would "stand firm" in fighting graft in the Latin American country. Pedro Kuczynski, who Vizcarra replaced, resigned this week in response to a corruption scandal. 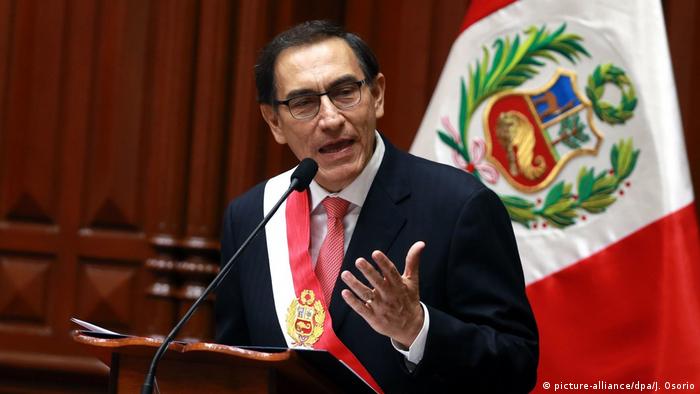 Martin Vizcarra was sworn in as Peru's new president on Friday hours after the congress accepted the resignation of his predecessor, Pedro Pablo Kuczynski.

Vizcarra, who had served as vice president and Peru's ambassador to Canada under Kuczynski, called on lawmakers to rise above partisan politics after the scandal.

"We have the obligation to respond to the needs, demands and aspirations of all Peruvians, and not get tangled in a bitter struggle that does enormous damage to Peru," he said.

The 55-year-old said his new administration would include a new Cabinet and focus on fighting graft.

"We will stand firm in the fight against corruption," he said. "Transparency will be a pillar of our administration." 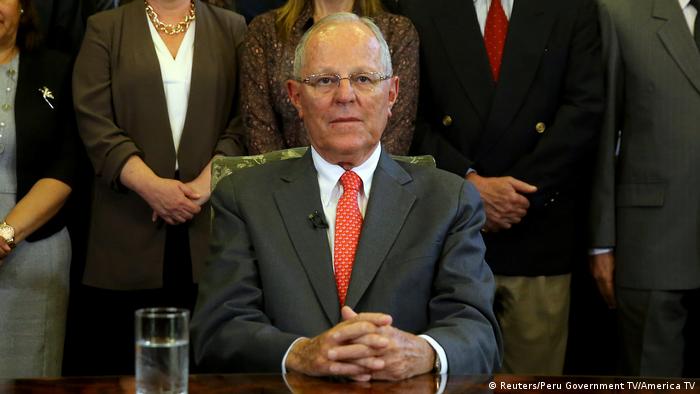 Kuczynski, a former Wall Street banker, resigned after the publication of secretly shot videos showing his associates allegedly trying to bribe opposition lawmakers to block Kuczynski's impeachment. The impeachment vote had been set for Thursday.

The vote itself was the culmination of a months-long campaign by the opposition to oust the 79-year-old Kuczynski over his previous ties to Brazilian construction company Odebrecht.

Odebrecht admitted in December to paying Kuczynski's consulting firms nearly $5 million (€4 million) while he was a government minister in the mid-2000s.

Odebrecht has also admitted to conducting an $800 million scheme to bribe officials in 12 countries, 10 of them in Latin America.

The relatively unknown Vizcarra is set to see out the rest of Kuczynski's term through to 2021.

Growing public anger at Peru's political class will be among his top challenges. Thousands of protesters clashed with police ahead of Vizcarra's swearing-in ceremony as they called for new presidential and congressional elections.

The main opposition party, Popular Force, appeared to be willing to offer the new president support.

Popular Force leader Keiko Fujimori wrote on Twitter: "This is a moment to stand united as Peruvians, strong and optimistic in the face of the challenges that await us."

Making a living in the Amazon

Making a Living in the Amazon

The sell-off of farmland in the Peruvian rainforest to foreign multinationals has led to the establishment of huge palm oil and cocoa plantations as well as mass deforestation. (21.02.2018)