The annual UN climate conference gets underway in Lima, Peru on December 1. It is more important than ever. Negotiators will hammer out the nitty gritty of a new World Climate Agreement to reduce CO2 emissions. 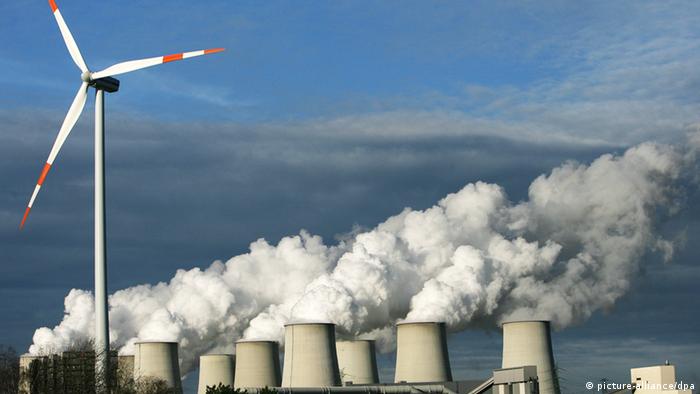 After five years of frustration following the failure of the Copenhagen climate summit in 2009, 2014 may well go down in history as the year when climate change made a comeback on the international agenda.

Although there is still one year to go until the key Paris meeting scheduled to deliver a new World Climate Agreement to replace the Kyoto Protocol, 2014 has seen several milestones on the path to a low-carbon future.

In September, the UN Secretary General Ban Ki-moon gave the issue top priority by holding his own special climate summit in New York. It was accompanied by marches in the US and other parts of the world, organized by a growing grassroots movement to combat climate change.

Meanwhile, the world's biggest emitters, China and the US, finally signaled their intention to commit to action on climate change.

No time for delay

Nor has the latest report by the Intergovernmental Panel on Climate Change, the IPCC left any doubt about the need for urgent action, says Professor Stefan Rahmstorf of Germany's Potsdam Institute for Climate Impact Research. 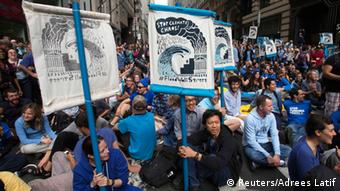 Rahmstorf also cites the number of record-breaking hot months, which have increased five fold on what would happen by chance in a stationary climate.

Based on the scientific evidence available, the international community agrees that a temperature rise of two degrees is the maximum possible without exposing the world to potentially devastating climate change. That means limiting greenhouse gas emissions that are warming the planet. With those emissions still on the rise, that goal is nowhere in sight, says Rahmstorf - and climate change is already having an impact at just under one degree of warming.

Paving the way for Paris

Experts see the world on track for a temperature rise of at least four degrees, unless emissions are reduced substantially in the very near future. That would take us out of the range we are familiar with throughout human history and into uncharted and very dangerous waters, says Rahmstorf. The latest figures indicate that to stay within the two-degree limit, not only would emissions have to peak within the next ten years, but the world would have to become virtually carbon-neutral in the second half of this century. 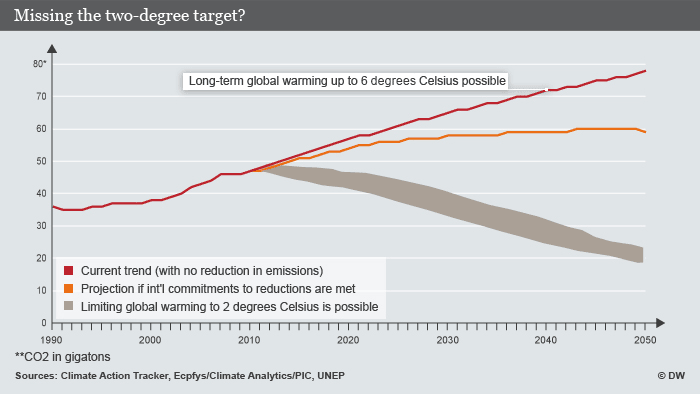 That is why the Lima Climate Change Conference in December is important as part of an ongoing process, says UN climate chief Christiana Figueres. Negotiators assembling in Lima will have to make progress on drafting the universal climate agreement, which is scheduled to be agreed in Paris in December 2015 and to come into effect in 2020.

Regarding Paris, countries have until March 2015 to put their planned contributions on the table. The EU made a start by announcing its targets last month, while the US and China followed up with encouraging signals. Most countries are currently doing their homework and figuring out what they can contribute, Figueres says.

A price on CO2

Ottmar Edenhofer co-chairs the IPCC group concerned with tackling climate change and is also a chief economist at the Potsdam Climate Institute. He says the world has only around 20 to 30 years left to solve the emissions problem. He stresses it is not a question of technology.

Alternative energy technologies are there. Yet fossil fuels have been enjoying a renaissance, the expert says, and the key is to put a price on carbon, making it too expensive to pump CO2 into the atmosphere.

Since the world only has a limited carbon budget, that would mean allowing just a further thousand gigatons of CO2 into the atmosphere to keep temperature rise below the two-degree threshold and avoid the risk of what Edenhofer describes as"very severe climate change impacts." 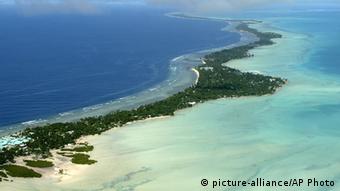 UN climate chief Figueres agrees that putting a price on CO2 pollutants is a very important component of the shift towards a low carbon economy.

"What we have done over the past 150 years is assumed there is no cost to the irresponsible use of the environment, and we have proceeded as though the environment were constantly renewable, where it is not," Figueres told DW.

Hammering out the details

Negotiators in Lima have their work cut out for them. Countries with large fossil fuel reserves are reluctant to agree to emissions reductions that would destroy their source of revenue. But Edenhofer is optimistic that all countries will realize that climate change will pay off in the end.

"We have to assume that people will see the sense in it. They will realize that the long-term consequences of business as usual will be irreversible climate change, with all the problems that brings."

The economist says protecting the climate would also bring the kind of short-term benefits politicians are looking for. He cites the change in China's policies as an example:

"The reason the Chinese government is thinking very seriously about reducing emissions is because it would also be a step towards improving their air quality."

After years of stagnation and frustration, there are signs that progress is being made. At a key meeting in Berlin this month, countries pledged a total of almost 10 billion dollars (eight billion euros) to the Green Climate Fund, which was set up to help poorer countries adapt to climate change. This could motivate developing countries and emerging economies to sign up to a new world climate agreement. So far, many of them have been reluctant to limit their own emissions, as the wealthy industrialized states are the ones who have caused the problem by emissions in the past. 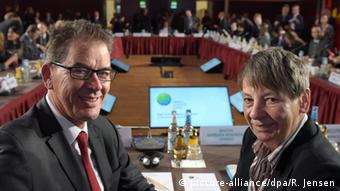 Although both the money and the emissions cuts currently on the table are still insufficient, German scientist Rahmstorf compares the likelihood of a breakthrough to the fall of the Berlin Wall 25 years ago.

"If you had asked people just a few months before that how likely it was that the wall would down, nobody would have said it's going to happen," says the Potsdam expert and IPCC author. He says these kinds of processes in society are hard to predict - and the signs are encouraging.

He cites the "huge success story" of renewable energies and the considerable emissions reductions by EU countries since 1990. This did not hamper economic growth, says Rahmstorf:

"It shows that you can decouple emissions from economic growth and welfare."

This year, for the first time, a pre-conference meeting was held in Peru to involve non-governmental groups in the climate process. The transition to a low-carbon society requires action across the board.

But it is the governments of the world who have to enter into binding agreements. That means plenty of hard work ahead for the negotiators in Peru over the next two weeks.

Delegates from some 20 countries have gathered in Berlin to pledge money to the Green Climate Fund. Organizers hope to raise billions to help developing countries cope with the effects of climate change. (20.11.2014)

A joint announcement by the USA and China on emissions reductions has met with widespread approval. While the pledges are still considered insufficient, they signal growing acceptance of the need for climate action. (12.11.2014)