There was no room at the inn in Bethlehem when Jesus was born. Today there are vacant rooms, empty shops, unemployment aplenty, and a new mayor who is trying to turn the city around. 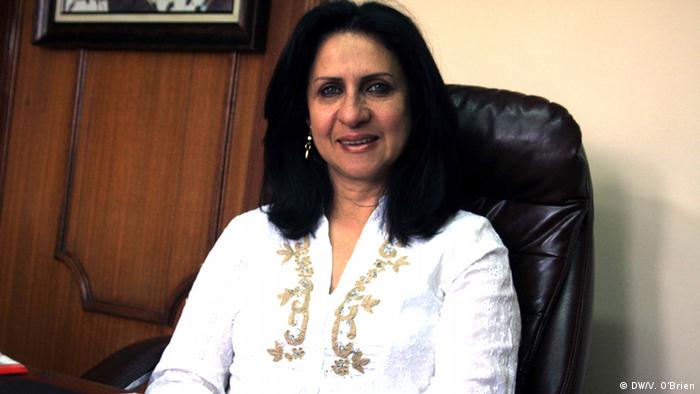 Bethlehem needs more of a savior than a statesman: Seven years of international sanctions, the establishment of the West Bank security barrier with Israel and incidents of violence have crippled its economy.

Vera Baboun is no miracle worker, but Bethlehem's first-ever woman mayor has a solid plan and is working tirelessly to turn around the fortunes of the city that is the traditional birthplace of Jesus.

Forty-nine-year old Baboun, a Christian, a widow, and a mother of five, was elected mayor in October last year. She is a born and bred Bethlehemite - a prerequisite for the office of mayor. She's also a former lecturer in English and American literature at Bethlehem University, a gender studies researcher and current PhD candidate.

Her office overlooks Manger Square, and her large, walnut-toned desk is flanked by large portraits of Yasser Arafat and Palestinian President Mahmoud Abbas - reflections of motivations for office, which she says are both nationalistic and personal.

"I come from a family that paid a lot for the dignity and the love of the city," she says. 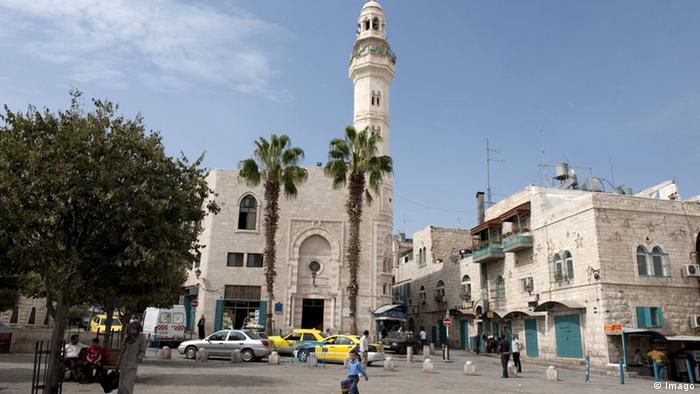 Baboun's office overlooks Manger Square, the heart of the city

She's lived through Bethlehem's darker days, when her husband Jonny, a Fatah member, was imprisoned by Israel for three-and-a-half years during the first intifada, leaving Baboun to raise their young family alone. He died in 2007 and was given a martyr's funeral at the Church of the Nativity, which Baboun sees from her office every day.

Baboun's eyes well up with tears that she quickly blinks away as she talks about her husband.

"I went into a very meaningful suffering, a very needed suffering," she says. "I always pay homage to that suffering. At least I know we had a very important goal that gave me an objective in life. I'm continuing what Johnny started."

Taking on the boys

Baboun concedes she was not expected to win in the male-dominated sphere of Bethlehem's politics, but she says she was quietly confident. She was asked by Fatah to lead the Independence and Development bloc just two months before the election, yet her bloc of professionals and technocrats across the religious sphere defeated the entrenched Islamists and left-wing bloc and won a majority at the council table.

Bethlehem, she said, was obviously ready for a change.

"Who elected me? They were men and women, Muslims and Christians," Baboun says. "It was a majority. The majority is an indicator that they are ready."

Baboun is not apologetic about her femininity. The immaculately groomed mayor - who wears three-inch wedge heels, perfectly straightened hair and a fresh manicure - said her gender shouldn't be mistaken for weakness.

"I see an advantage in this [being a woman]," she say. "People - you know our culture - respect is there for women. Even when they address or come to my office you can see how much respect there is. Even if they are angry, they don't shout."

Early into her four-year term, in March, Baboun had to manage protests in Bethlehem over US President Barack Obama's visit.

Then in May a leaflet signed by Fatah's armed wing, the Aqsa Martyrs' Brigade, threatened Baboun's life and made allegations of anti-Muslim bias on her part. She was accused of restricting Muslim girls from wearing the hijab at a public event and from reciting lines about Islam. Baboun categorically denied the charges, but her car was still attacked in a frightening incident. 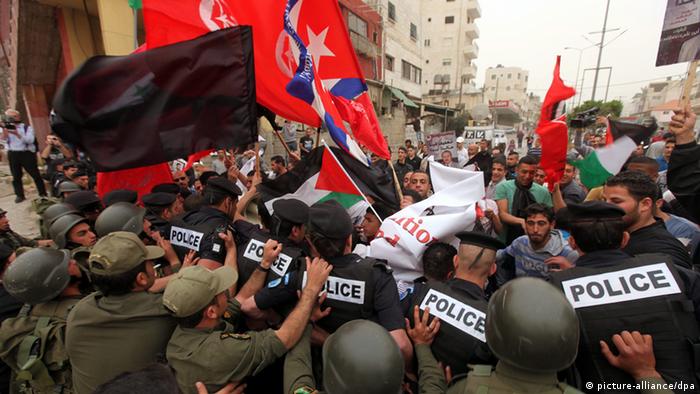 Fatah denounced the pamphlet, which it said was forged. It blamed members of Baboun's own council, who it said were playing the sectarian card in order to stir up sedition. Baboun said she believed a power struggle was behind it, though it could also have been related to her gender.

"Maybe others are interested in my position," she says. "Maybe they are thinking that as a woman I'm weak, and with all the problems that I'll be really afraid and withdraw."

She didn't. "There were problems and I had to face them; I had to be tough enough."

Charges were filed, and the case is now going through the courts.

Focus on the economy

With those battles under her belt, Baboun has now turned her attention to reviving Bethlehem's economy. Bethlehem has the highest rate of unemployment in the Palestinian Territories - 24.7 percent, which is on par with Gaza. It's due to a perfect storm: firstly, the previous council's affiliation with Hamas and the radical left resulted in an international boycott of the municipality, which meant no aid money.

Secondly, the construction of the separation barrier with Israel during the same period meant the majority of Palestinians in Bethlehem could no longer work in Israel, and tourism also took a hit. Thirdly, the next closest big city for employment is Ramallah - an impractical two-hour commute. 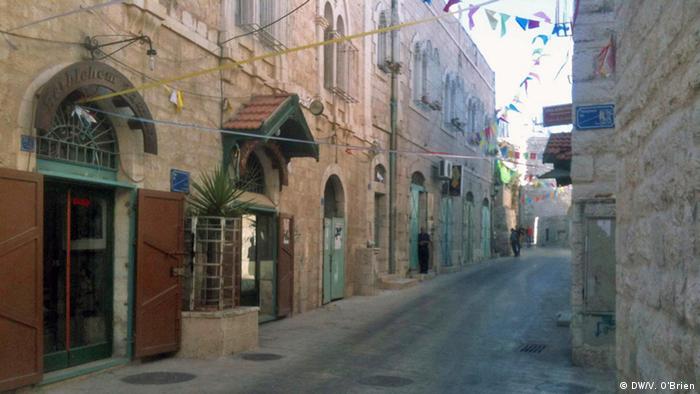 "We have a strangulated city," says Baboun. "Entry to Jerusalem is forbidden except for a real low percentage. So you work, you graduate, but you don't have the opportunity to find jobs outside of Bethlehem."

Baboun's plan is to improve infrastructure and services in order to boost tourism. She wants to see the city focus not just on religious tourism, but historical and cultural tourism, and above all, tourists connecting with the people of Bethlehem.

Bethlehem municipality has a four-year plan of important projects, and now that the boycott has been lifted, aid money is starting to flow - particularly from European donors. A new industrial zone is being developed in a collaboration between the French government and local investors, which they say will bring 5,000 jobs to the city, in addition to roads and other infrastructure projects.

"Since the year 2000 the city hasn't witnessed any developmental project," Baboun points out. "And this is my challenge now: how to bring things together and to re-address the image of Bethlehem."

May Chidiac was one of Lebanon's star TV anchors and one of the most outspoken journalists in her country. One day, as she was getting in her car, a bomb exploded underneath her. Against all odds, she survived. (06.03.2013)

A mayor in Turkey's biggest Kurdish city, Diyarbakir, has been waging a peaceful battle for minority rights. He has been stripped of office and faced scores of court cases. Now his struggle has become very personal. (16.01.2013)