As air pollution becomes a growing public health issue, grassroots movements around the world are using social media to engage communities and raise pressure on authorities to clean up cities. 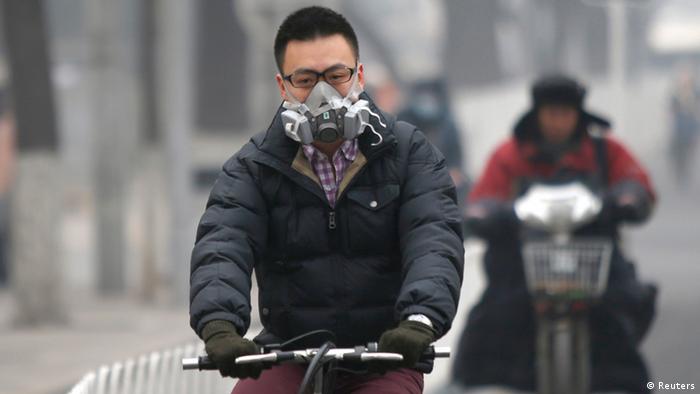 Like many Shanghai residents, Jacqueline Faulkner was used to starting her day by checking the air quality via an app on her smart phone, and would often grab a facemask from a jumbo-size pack kept by the front door before heading out.

“You can taste it,” Faulker says of the smog on bad days. “You feel tired, dehydrated, a general feeling of being a bit under-the-weather. Or you might get really bad chest pain just from walking to the local shop.”

On really bad days, she wouldn’t leave the house at all. Faulkner, a communications consultant, now lives in Hong Kong, and says that air quality was “definitely a factor” in her decision to relocate in February.

But while expats and middle class residents of China’s most populous cities might up stakes in search of cleaner air, for most who work in polluted urban areas moving isn’t an option. Instead, many are campaigning to make their cities more livable. 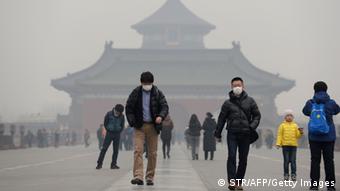 On a bad day, particulate matter in Beijing can exceed 20 times the levels recommended by the WHO

That’s especially true in the capital Beijing where pollution levels have soared past danger levels outlined by the World Health Organization. Many are also questioning the accuracy of the information put out by the government.

It’s spurred a social media-driven protest movement around comparisons between official data that only reflected levels of larger particulate matter and therefore presented an incomplete picture that suggested the air was safe. Citizens compared the government figures to readings released by the US embassy over Twitter that painted a much starker picture and demanded action.

In January 2012, the Chinese government gave in and began to release accurate data on PM2.5 - tiny pollution particles - levels updates in Beijing. High levels of particulate matter have been linked to health issues including lung cancer and cardiovascular disease. The government has begun similar updates in other cities and has taken steps to reduce coal consumption and tighten regulations on industrial pollution.

“People are becoming more technologically savvy and more clued-up in terms of collaborating with each other,” says Anna Lora-Wainwright, associate professor of the Human Geography of China at Oxford University in the UK. She points out that the public pressure has led to some major changes.

“The government has made some pretty major statements on waging a war on pollution and sustainable development and so forth,” she says. “Most recently, there have been amendments to public interest litigation so we now have about 300 NGOs that can sue polluters in court.” 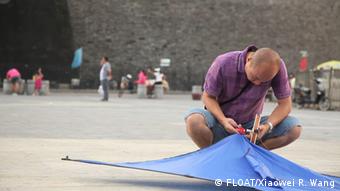 Meanwhile, air pollution continues to spawn grassroots initiatives on the Internet. One is Danger Maps which crowd-sources information on environmental health hazards including air pollution across China. Another is called FLOAT Beijing which uses sensors on kites to measure pollutants. They are among a host of “citizen science” projects that are engaging the public in the fight against air pollution and ensuring they have access to accurate data on the issue.

And, the trend is by no means confined to China. In South Africa, the South Durban Community Environmental Alliance (SDCEA) is using the “Bucket Brigade” method developed by activists in Louisiana, USA, which enables community groups to gather their own air samples in simple canisters for testing.

South Durban is one of South Africa’s major industrial zones and home to the continent’s biggest chemical cluster. SDCEA lists asthma, cancer and leukemia and respiratory illnesses among the health impacts on the local community. But people were often unaware that industrial emissions could be a factor. “They didn't have the information to link the health problems they were experiencing with the chemicals,” SDCEA coordinator Desmond D’Sa says.

SDCEA’s educational and community outreach work has changed that – even teaching people to recognize specific chemicals by smell. The NGO now responds to alerts from the public, including via social media, by taking samples to confirm the presence of pollutants and relays the data back, empowering the community to demand action from the authorities.

That means some of South Africa’s poorest citizens – the community’s roots are in the forced relocation of black workers under apartheid and today unemployment is high – are actively engaging in what was once seen as a middle class concern.

“Until a few years ago the thinking on the environment was predominantly about nature and therefore mainly only white folks cared,” D’Sa says. “But that has changed over the last 18 years [since SDCEA was established].”

Rishi Aggrawal, who co-founded the Walking Project in 2012 to campaign for better conditions for pedestrians in Mumbai, echoes D’Sa’s fight to bring environmental awareness to ordinary citizens.

“I have been involved in environmental activism for almost 20 years,” says Aggrawal. “All along I [focused on] the big issues – deforestation, climate change and so on… I got tired of trying to engage people in topics that they feel do not relate directly to their lives – I wanted to pick up an issue that affects people on a day-to-day basis.”

Encouraging Mumbai citizens to post images of dangerous or inadequate sidewalks on Twitter, he hopes to spur action to improve air quality: “If people get clean air they will walk, and if they walk they use less motorized transport, resulting in cleaner air,” he says. 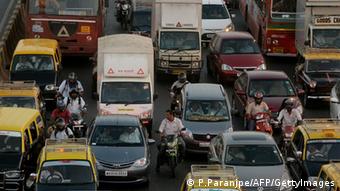 Aggrawal says the project is a “work in progress.” Much is still to be done to activate the community to get involved, and convincing India’s growing middle class not to drive will be an uphill struggle, he says. The country has seen an explosion in vehicle ownership rising from 50 million in 2003 to 130 million in 2013, according to a report by the International Council on Clean Transportation. “The more people become economically better off, they immediately shift to a motorized means of transport even for short distances,” Aggrawal adds.

With vehicle emissions a major source of harmful pollutants, persuading the public to give up their cars is key to improving urban air quality. But Christopher Kost, technical director of the Institute for Transportation and Development Policy (ITDP) in Chennai, says the first step must be to prove that’s only possible if viable alternatives are provided.

ITDP works with local authorities around the world to create rapid bus transit networks and better facilities for pedestrians and cyclists, including “greenways” that can be used by both. 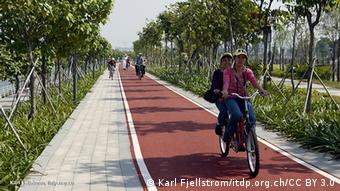 Greenways in Guangzhou provide a cleaner commute for cyclists and pedestrians

“More and more, cities are realizing that if you want to address public health issues you've got to invest in this basic infrastructure,” Kost says, adding that these measures have been well received by the public, who take pride in the improvements to their cities.

Tsinghua University ecologist Jun Yang, who has researched the potential impact of a program launched in 2012 to plant 67,000 hectares of trees in the Beijing area , including in new greenways, says the trees themselves play a role in combating air pollution.

“Trees can intercept pollutants – particulate matter, sulfur dioxide and nitrogen dioxide – … with their foliage,” Yang says. “Secondly, the transpiration of trees reduces environmental temperature, reducing the need for air conditioning in summer, and they can block cold winds in winter so less energy is needed for heating.”

Planting trees has also helped people engage in environmental issues: “A lot of people are involved in planting trees, including the president… It conveys a message that climate change is real,” Yang says.