Concerned about security, the Pentagon says it is reviewing the use of fitness apps by soldiers. Analysts have warned that the supposedly private apps reveal routes and military bases to attackers in conflict zones. 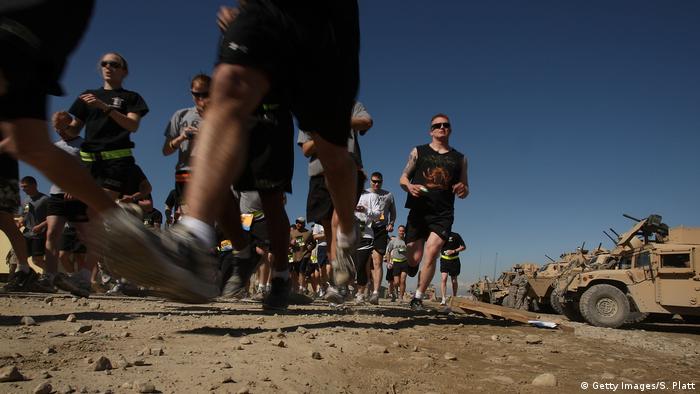 The Pentagon said Monday it was reviewing soldiers' contributions to a "Global Heat Map" posted by Strava Labs, a San Francisco-based firm that collects data worldwide from joggers, cyclists and other athletes out exercising.

On Sunday, the Washington Post reported that the map - combining satellite positioning details (GPS) plus fitness and route data from 27 million subscribers around the world who had been active between 2015 and September 2017.

More dangerously, stretches of road were highlighted, indicating that Strava users had kept their data-delivering devices switched on while travelling or on patrol. 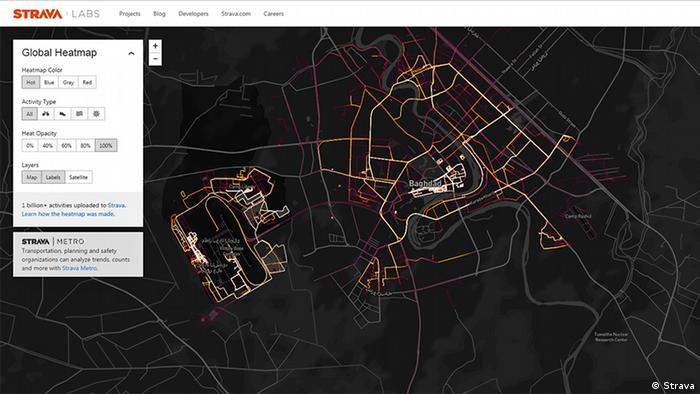 Screenshot of a Strava map segment showing a location in Iraq

"A lot of people are going to have to sit thru lectures come Monday morning," Schneider wrote, referring to soldiers about to be briefed on the overlooked risks.

Lesser-known installations and convoy routes were also decipherable when athletes' movement data was aggregated and visualized, he said.

Via Strava, Bagram Airfield in Afghanistan was a hive of activity. So was Qamishli in northwestern Syria, a stronghold of US-allied Kurdish forces.

Also visualized were Taji, north of Iraq's capital Baghdad, Qayyarah south of previously embattled Mosul, and al-Asad in Iraq's Anbar province. So too was the Madama base used by French forces in Niger.

Safety policy was being reviewed to "determine if any additional training or guidance is required," Harris said.

Strava's map is not live, but it shows a pattern of accumulated activity. It was reportedly posted online in November 2017. According to its data privacy statement, Strava says when aggregating members' information it regards the private sphere of each subscriber as "extremely important."

In response to the concerns, Strava said that the issue raised by a group including security analyst Tobias Schneider, could have been averted if athletes opted out of the mapping project using their privacy settings.