Penderecki on 'aiming for the unreachable'

Even at the age of 80, Polish composer and conductor Krzysztof Penderecki travels the world and writes new compositions. He spoke with DW about what's still ahead in his artistic career. 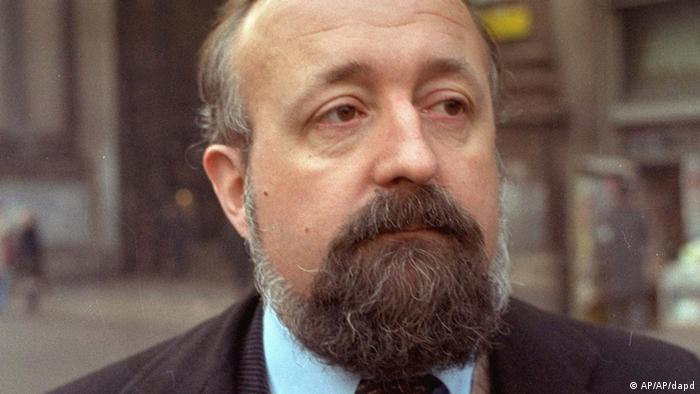 DW: Over the next few months, you will be performing at a variety of venues - in New York in December, for instance. Did your passion for traveling develop during the communist period? At the beginning of your career you took part in a competition for composers, in which the first prize was a trip to Western Europe…

Krzysztof Penderecki: At the time, hardly anyone was allowed to travel. But people like to eat forbidden fruit. In 1959, a competition did take place in Poland, in which I won all three prizes. But the days when I wanted to see all sorts of new places, as I did as a young man, are over. I only travel now when I have to - for concerts. Even so, with all the rehearsals, I hardly even have time to take a walk sometimes. I have found my perfect place on earth in Poland, in Lusławice, near Krakow. I've created an arboretum on my estate: a 30-hectare (75-acre) park with more than 1,700 trees of all different kinds. A European music center named after me opened up there in May - financed by the European Union and the Polish Ministry of Culture. A concert hall seating 700 people with outstanding acoustics stands in the middle of it all.

Are you inspired by nature, by your own park?

I think so - but I am not a dreamer who needs to hug trees. My arboretum is one of the largest collections of trees in Middle and Eastern Europe. My grandfather also loved nature. When I was a child, I had to learn the Latin names of all sorts of trees by heart. He would test my knowledge when we went for walks in the forest.

How did the religious practice of your family affect your sacred music compositions?

I was a very religious child. My family was very open. My grandfather was German and a Protestant. My father, a lawyer, was Greek-Catholic and played the violin. My mother was very religious and went to church twice a day. My grandmother was Armenian. So I was raised with three different faiths - that's why I am so open. I have written many works to accompany Old Church Slavonic texts. Unfortunately, I haven't written any music pieces to accompany texts in the Armenian language - but I'm planning on it.

What role has your "St. Luke Passion" played - which you composed when you were 30 and which, in Communist Poland of that time, pointed the way to a new style of music?

I was aiming for something that seemed unreachable. A young composer, who had previously only written pieces that were ten minutes long, dared to create a work which was over an hour long - much in the style of Johann Sebastian Bach. I was commissioned by Westdeutscher Rundfunk (West German Broadcasting) in connection with the 700th anniversary of the Münster Cathedral - or St. Paul's Cathedral. That was in 1966. But actually, I had written the Passion to mark the 1,000-year anniversary of Poland's baptism, which was in 966. Given the success of the work's premiere in Germany, I was permitted to perform sacred music in concert for the first time in Communist Poland: first at Krakow's Philharmonic Hall, and then in Warsaw. The doors to the Philharmonic Hall were broken down during the concert: people ended up sitting down on the floor of the concert hall because it was so crowded. That was incredible!

The premiere of the "St. Luke Passion" was only the beginning of your wide-ranging contact with Germany.

Following that premiere, I was offered a teaching position at the Folkwang University of the Arts. I lived in Essen for two years with my wife. Our child stayed in Poland for a year and a half. After that, we lived for a while in West Berlin, and then for seven years in the United States. The 1960s and 1970s were really turbulent times. Later, when things got better, I returned to my home country.

You still work quite intensively: from the opera "Fedra," commissioned by the Vienna State Opera, to your 6th Symphony and the St. John Passion…

I have collected texts for the "Passion," which is the most important thing, but there are constantly other things that have to get done. At the moment, chamber music is the biggest priority for me. I wrote four chamber music pieces in the first half of the year: one to accompany an Old Church Slavonic text, then an adagio for string instruments, and a 12-minute piece called "La Follia" for solo violin. The fourth work is a transcription of a cello piece for the viola.

Your compositions are performed around the world, and recorded on all sorts of CDs. You work and work and work. As an artist, do you still feel your work is not complete?

First of all, I have to finish some compositions, such as the 6th Symphony. Secondly, I'm interested in every genre, also a cappella music. I recently started writing a motet. I normally write several pieces at the same time. Since my musical style hasn't changed in many years, I can return to those works that were created 20 years ago. Picking things up like that again is important: after a break from it all, you develop a certain distance to the music.

Krzysztof Penderecki celebrated his 80th birthday on November 23, 2013. Born in Debica in southern Poland in 1933, the composer and conductor has taught at Cracow's Academy of Music, the Folkwang University of the Arts in Essen, Germany, and at Yale University in the United States. He is considered Poland's leading contemporary composer. His compositions include, most centrally, chamber music and sacred musical works. His music can also be heard in films by Stanley Kubrick and Andrzej Wajda.

Prodigy, pacifist, exile; the most successful English composer of the 20th century, Benjamin Britten, was a man of many facets. (22.11.2013)

Composer Pyotr Tchaikovsky may have died in November 1893, but 120 years later, Russia's genius is still at the center of a heated debate: his homosexuality just doesn't fit it with national ideology. (22.11.2013)

Churches throughout Germany have an expensive problem: mold in the pipes of their organs. Experts are trying to work out why the classic instruments seem to be particularly hard hit in eastern Germany. (17.11.2013)