Just months ahead of federal elections, the Greens are faced with a sensitive debate. To what extent did the Greens support pedophile ideas in the past? The party plans to thoroughly analyze that chapter of its history. 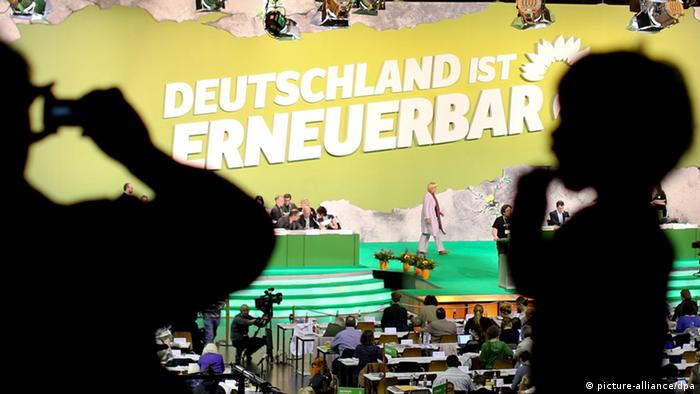 What a chaotic party convention it was back in 1985, when the regional Greens party group of the German state of North Rhine-Westphalia came together in the town of Lüdenscheid.

Markus Schnapka was lost for words as recalled the event. Party members were yelling at the top of their lungs to make themselves heard. No position seemed too obscure to be discussed, said Schnapka, who is still a party member.

"The Greens, at the time, were the one place for all those people who had visions and hopes for politics which they couldn't push through in the more traditional parties," he said.

That also meant that pedophile groups joined the Greens - as a way, they hoped, to gain an opportunity to influence politics. There was even a national working group called "Gays and Pederasts." At the Lüdenscheid party convention, which Schnapka attended, the working group managed to place a discussion paper in the manifesto for the regional elections. It included the demand to abolish legal punishment for non-violent sexual acts between children and adults.

The demand met instantly with heavy resistance. The media thrashed wildly against the "child sex supporters." There was also criticism from within the party. Just a short while later, the regional party group deleted the demand from the manifesto. But regional elections still turned into a massive failure for the Greens. 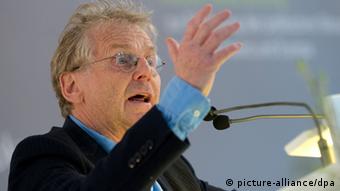 The Greens were never a solid forum for pedophile convictions, according to political scientist Lothar Probst, but parts of the party were indeed open for such ideas. And he said, "There were famous Greens who did indeed have a bit of an ambiguous role in that matter."

Celebrities like Greens European politician Daniel Cohn-Bendit, co-founder and an icon of the Greens movement. In March this year, when he was due to receive the renowned Theodor-Heuss-Award, a debate was sparked off again about earlier statements of his and about the way the Greens dealt with the topic of pedophilia.

According to Probst, the fact that some Greens flirted with pedophiliac views has to be seen in a historical context. The party was founded in 1980 and was a product of the anti-authoritarian movement of the late 1960s and the 70s. That movement had taken on the conservative society with all its prudery.

"They wanted to free sexuality and obviously went much too far," Probst said. "It was not just a naïve idea, it was downright dangerous by some parts of the movement to believe that a natural way of dealing with sexuality should also encompass sexual acts between children and adults."

Freedom of speech versus chaos

Schnapka said it was a dangerous idea that was never acceptable in the Greens. Nevertheless, he and many other party members didn't put up enough resistance against the pedophiles' demands. That, Schnapka said, had to do with the party's image of itself at the time.

"The Greens considered themselves a platform for all opinions which weren't heard anywhere else," he said. 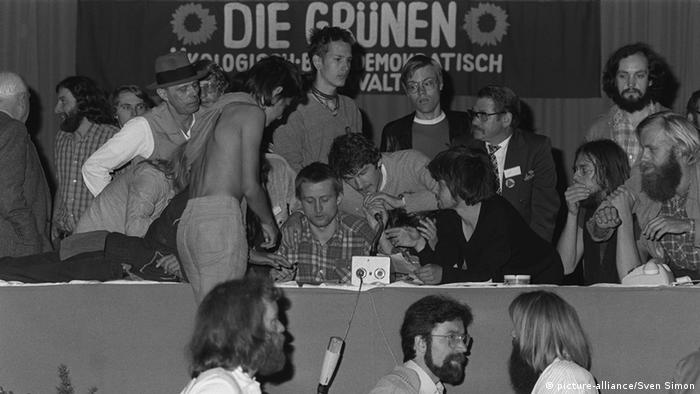 That's why the Greens tolerated the so-called "Stadtindianer," or "city indians," who openly argued in favor of unpunished sex with children and who instrumentalized children to disrupt Green party conventions. "It was always complete chaos when the city indians took the stage by storm and kicked over the tables - knowing they couldn't be held responsible because they were children. It was a very intense situation and I believe it was a case of child abuse," Schnapka said.

After their experiences at the Lüdenscheid party convention and the reactions it caused, the Greens soon distanced themselves from pedophiliac positions and from the groups that supported such views. The national working group "Gays and Pederasts" was dissolved in 1987.

"It was important that the decriminalization of sex between adults and children never became an aspect of Greens politics. In that way, the Greens have distanced themselves from it," said Monika Düker, the current regional chairwoman of the Greens in North Rhine-Westphalia, who has been an active member of the party since 1988.

She said she welcomes the initiative according to which the topic will come under thorough scientific investigation. The federal board of the Greens has commissioned an independent party researcher to look into how much influence pedophile groups has in the party and how long it lasted.

Probst criticized the Greens for not taking action sooner.

"The Greens are a party that demands others be completely transparent about their past," he said. "They should have to live up to their own standards. I expect a lot to come to light still, which hasn't really been known in detail until now."

North Rhine-Westphalia's Düker has already taken a look into the regional group's archives and has studied old protocols from the 1985 Lüdenscheid party convention.

"Some of the statements really were troublesome," she said.

Green Party politician Daniel Cohn-Bendit has been accused of pedophilia. In the early years of the party, "free sexuality" with children was an issue - and it now appears the loose morals have come back to haunt them. (04.05.2013)

Child abuse is found around the globe and although widespread and common, it remains a taboo subject and is often simply ignored. Many groups worldwide are fighting to change that. (04.05.2013)