Carlo Ancelotti's right-hand man, Paul Clement, has left Bayern Munich after being appointed head coach at Swansea City. It is his second job as a head coach, following a stint last season at Derby County. 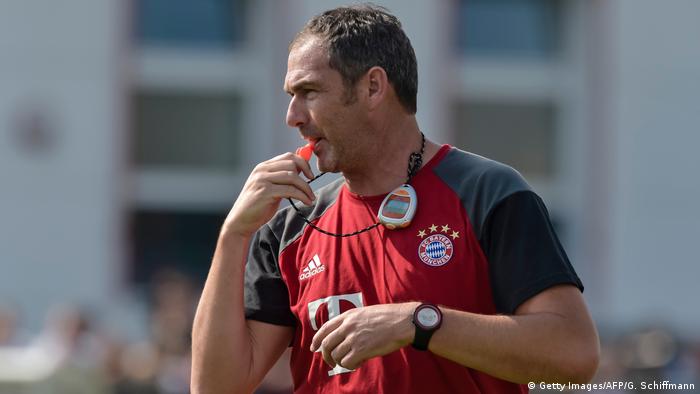 Paul Clement has left his post as assistant coach at Bayern Munich to take over as head coach at Premier League side Swansea City.

Clement signed a two-and-a-half year contract on Tuesday and replaces Bob Bradley, who was fired after less than three months in charge.

Clement, 44, has been Carlo Ancelotti's assistant at Bayern since the start of the season, having also worked alongside the Italian at Chelsea, Paris St Germain and Real Madrid.

In his only managerial job, however, the Englishman lasted less than a year at second tier side Derby County, who fired him last February.

Swansea were reported to have interviewed him in October before appointing Bradley, who won only two of his 11 games since taking over from Francesco Guidolin. 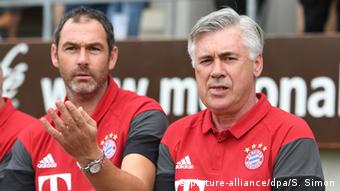 "Paul has not only worked with some of Europe's biggest football clubs, but also the very best players in the world," Swansea chairman Huw Jenkins told the club website.

"There is no doubt in my mind that Paul can not only help us regain that footballing belief, but also restore some much needed pride back into the football club.

"Everyone connected to the club is fully behind the appointment and we see this a typical Swansea City choice," Jenkins added.

"It looks a good fit to get us back on track and provide one of the best young coaches in Europe with the chance to develop his own career and become a leading coach in his own right."

Clement will be replaced by Hermann Gerland, who served as a coach at Bayern under Jupp Heynckes, Louis van Gaal, Pep Guardiola and Ancelotti.