The polls have closed in the parliamentary election in Iraq amid continuing sectarian violence across the country. It's the first ballot since the withdrawal of US troops in 2011. 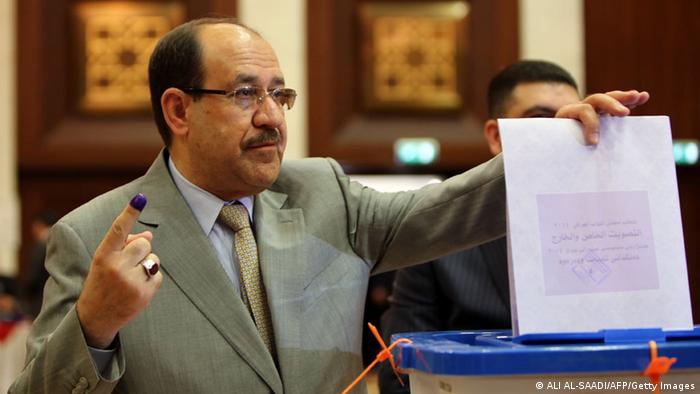 Iraq's electoral commission said on Wednesday that there was a 60 percent turnout for the ballot.

The vote was held as fresh waves of violence continued across the country,

Twenty-two million Iraqis were eligible to vote with a choice of more than 9,000 candidates.

Election officials did not confirm a time schedule for the release of the results, but they were expected to trickle in during the coming days.

Hundreds of thousands of troops and police were deployed nationwide to tighten security ahead of the first parliamentary election since the withdrawal of US troops from the country in 2011.

High-profile attacks left dozens dead in the days leading up to the vote.

Security forces closed down most of the capital, Baghdad, on Wednesday and the authorities also declared a week-long holiday around the time of the ballot.

Shops were closed and many voters had to walk long distances to polling stations after the authorities banned civilian vehicles on the roads to prevent car bombings.

The death toll reached a new high last year since the worst of the sectarian bloodshed in 2006 and 2007.

The UN said 8,868 people died in a surge of violent clashes in 2013 and around 2,000 people were killed in the first three months of this year alone.

Prime Minister Nouri al-Maliki's State of Law party was widely expected to win the most seats in Iraq's 328-member parliament, but to fall short of a majority.

That would mean the 63-year-old Shiite leader could only retain his post if he forms a coalition - something that took nine months after the last election in 2010.

"God willing, we will celebrate a successful election and defeat terrorism," al-Maliki told reporters after casting his ballot in Baghdad.

"Our victory is certain but we are talking about how big is that certain success," he said.

Al-Maliki was in power for eight years and faced growing criticism over government corruption and continued bloodshed as sectarian tensions threatened to push Iraq toward the brink of civil war.

He was also criticized for failing to rebuild the economy after years of war started by the US-led invasion in 2003 and the fall of dictator Saddam Hussein.