Over 80,000 people attended a concert under the Eiffel Tower, as France opened a massive fan zone ahead of the European Championship. With crowds pouring to Paris, organizers worry about strikes and security. 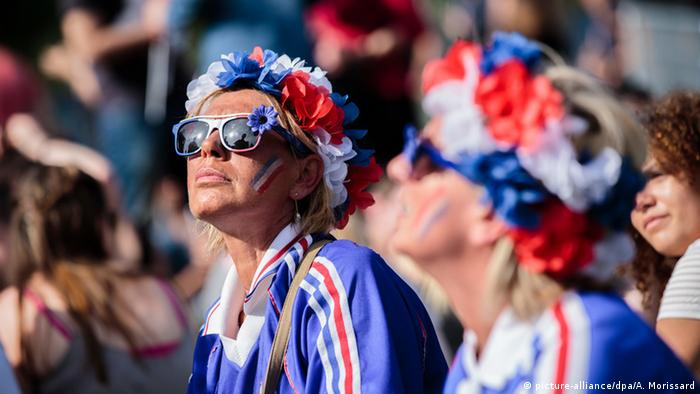 The concert on Thursday was headlined by French DJ David Guetta, who is also set to perform at the Euro 2016 opening on Friday night.

Guetta played from a platform below the Eiffel Tower, in the newly set-up Champ de Mars fan zone. The venue is expected to become a focal point of the upcoming, month-long European soccer tournament.

The Paris location is designed to hold up to 92,000 people, and equipped with a screen of 420 square meters (4,520 square feet) for public viewing events. Its first real test would be the opening match of Romania versus France on Friday.

French authorities have put massive security measures in place around the location, including a new perimeter fence and 400 private guards, in addition to the police. 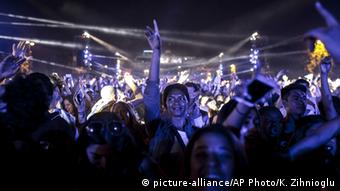 Concert visitors had to pass through security checkpoints

Security was also paramount at stadiums and airports across France, as 2 million foreign fans are expected to arrive during the tournament. The country is still in state of emergency over the November terror attacks that killed 130 people. In the attacks, the "Islamic State" suicide bombers also targeted the Stade de France, which will host the opening match on Friday.

Earlier this week, Ukrainian authorities arrested a Frenchman with an arsenal of weapons and a stockpile of explosives. His is suspected by Ukrainian officials of planning a series of attacks during the championship.

France has recruited up to 90,000 police and private security personnel for the month-long tournament. However, Interior Minister Bernard Cazeneuve said that 300 people had been barred from serving as private security after screenings showed they had been radicalized.

Waiting to end 'the mess'

Terror threats were not the only concern in the run-up to the tournament, as France is still burdened by nationwide strikes over the draft labor law.

The protesters halted garbage pick-ups in Paris and Marseille, as the railroad workers entered the ninth day of their strike. Also, Air France pilots have called for a four-day strike to start on Saturday, although the majority of flights are set to continue.

Garbage piles up in France ahead of Euro 2016

Paris Mayor Anne Hidalgo promised on Friday that rubbish piling up in the streets of Paris due to strikes would be cleared. "All the rubbish will be collected," Hidalgo told the BFMTV channel, adding that dozens of extra trucks were being deployed to deal with the garbage.

Environment Minister Segolene Royal had earlier urged the unions to end the walkouts, warning they were endangering France's image.

"People want things to return to normal, for the mess to end," Royal told iTele, saying it was "not right for a modern country to continue being permanently disrupted."

"France's pride is at stake," she added.

Meanwhile, France's junior minister for transport said special measures would be considered to force train drivers back to work. French law provides for requisitions to be made requiring workers to return to work when authorities deem that there is a threat to public order.

Alain Vidalies told France's Europe 1 broadcaster that the government would use "every tool available" to get fans to matches. "If we have to issue orders tomorrow, we will do so," he said.

Trouble was reported to have flared late on Thursday, when a fight broke out between English football fans and locals in the city of Marseille.