A French national aiming to acquire a large number of arms has been detained in Ukraine, according to the intelligence agency. The man was reportedly intending to carry out several terrorist attacks. 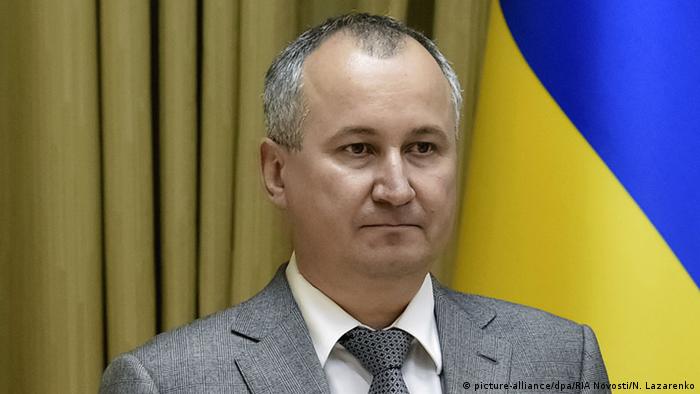 The head of Ukraine's state security service, the SBU, said on Monday it had detained the man in May after he came on their radar late last year.

The man, whose name was not made public, was intending to stage around 15 attacks during the 2016 Euro soccer tournament, according to Vasily Gritsak.

Among the intended targets were bridges and other highway infrastructure, a tax collection office, a mosque, a synagogue and public areas to be used for the tournament, according to the reports from Ukraine.

The SBU said they had allowed the man to purchase machine guns, rocket-propelled grenades and other weapons, as well as 125 kilos of TNT explosive.

As for his motivation, the security service said the man was driven by right-wing, nationalistic views. "The Frenchman expressed opposition toward his government allowing mass immigration into France, as well as the spread of Islam," a statement from the SBU said.

The Frenchman had entered the country under the guise of wanting to take part in the ongoing conflict in the country's east.

The possibility of a terrorist attack at the Euro 2016 tournament is a major concern for France, which is also dealing with ongoing transportation and energy strikes around the country.

The French government is deploying 90,000 security forces for Euro 2016, which begins on Friday.

Safety a big concern for Euro 2016

Authorities in France and neighboring countries are working hard to keep fans and athletes safe, but the US has issued a travel warning for Europe. Germany, for its part, will institute additional security controls. (01.06.2016)