Emmanuel Macron won the French presidency in part by pledging bold measures to end violence against women. But with deadly violence growing in France, activists have called on the government to end the "massacre." 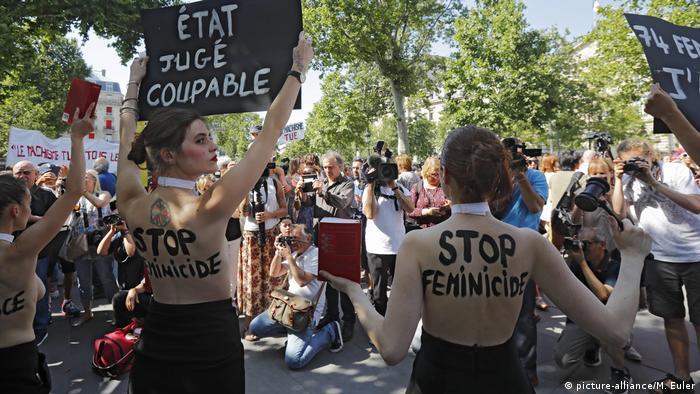 Hundreds of protesters on Saturday gathered in Paris to decry violence against women amid rising femicide in the country.

Data collected by Feminicides par compagnons ou ex, (Femicide by partner or ex) a women's advocacy group, showed that 74 women have been killed so far this year by their husband or partner, putting it on track to exceed last year's figure.

The French Interior Ministry has said that at least 130 women were killed in 2017 by their husband or partner, up from 123 the previous year.

"We need to raise awareness on what's happening today, which means that despite society's evaluation, there's a step backward, and even more women are dying today," said Gayet. 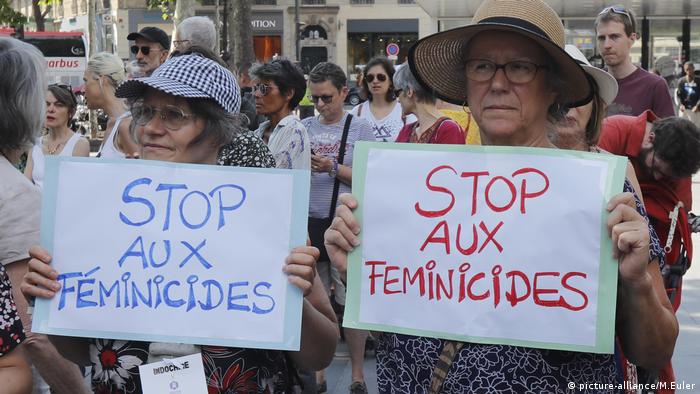 Women of all ages gathered in Place de la Republique in Paris to protest the growing trend, demanding: "Stop the femicide"

"I share the anger of victims and their relatives and reiterate my support to this struggle and the government's determination," Schiappa said in a tweet.

Some advocacy groups said the government's efforts have failed to stop the increase in femicide.

"I ask [French President] Emmanuel Macron: How much is the life of a woman worth? Nothing is being done. It is shameful," actress Muriel Robin told French media.