Paraguay: President calls on cabinet to resign after protests over COVID response

Paraguay's president is facing increasing pressure from protesters angered by a lack of vaccines and the country's overburdened health system. 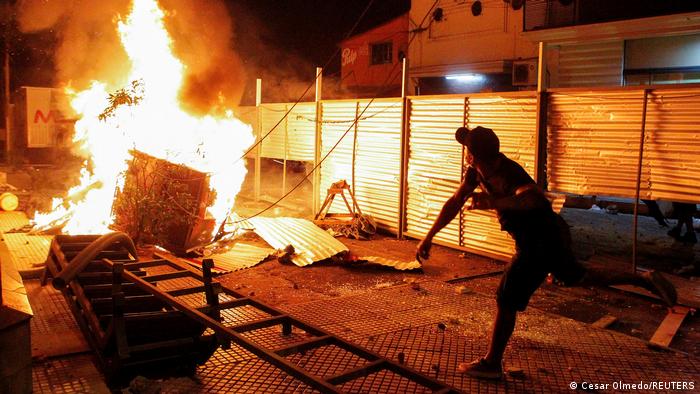 Paraguay's President Mario Abdo Benitez called on his cabinet to resign on Saturday, following demonstrations against the government's handling of the coronavirus epidemic.

The move comes after riots erupted at a protest in the capital Asuncion on Friday evening that left several people injured.

On Saturday, Communications Minister Juan Manuel Brunetti told journalists that the president had heard the message from protesters. "He has asked all the members of the cabinet to give up their positions."

A day earlier, Health Minister Julio Mazzoleni announced he was stepping down following pressure from both the public and his own party. 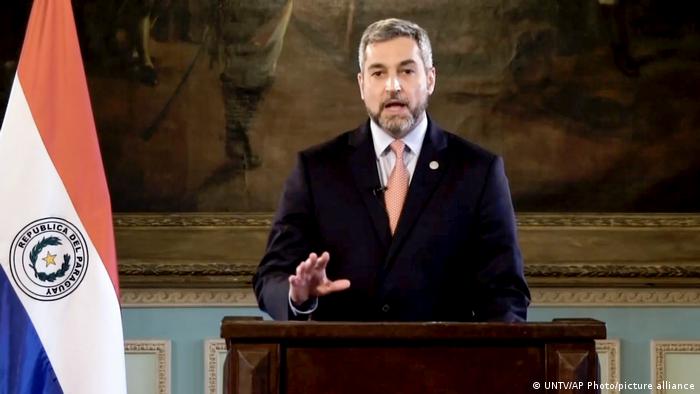 Facing calls to resign, President Mario Abdo Benitez, put pressure on his ministers to step down

What happened during the protests?

On Friday, protesters gathered outside the Congress building in Asuncion to demonstrate against a lack of medicines during the pandemic and demand President Abdo's resignation.

Riots later erupted, with violent clashes between protesters and police throughout the capital.

At least 21 people injured, according to Agustin Saldivar, the director of a local trauma hospital. 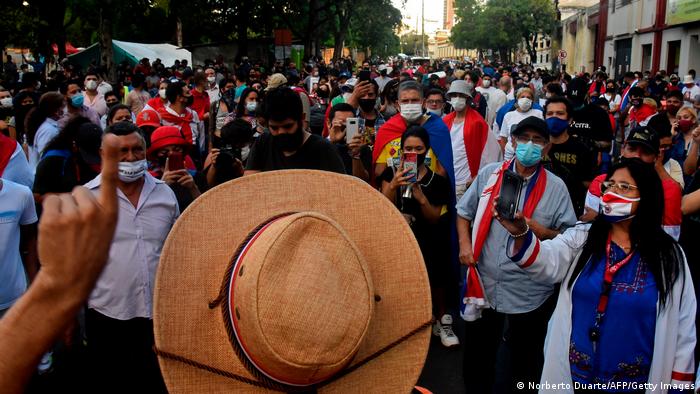 Paraguayans took to the streets on Friday, voicing frustration over corruption and the government's pandemic response

What is the situation in Paraguay?

So far, some 165,000 people nationwide have been infected with the coronavirus and more than 3,200 patients have died, according to Health Ministry data.

Frustration with the government is increasing amid delays in the arrival of new vaccines.

Paraguay has only received 4,000 doses of the Russian Sputnik V jab, which is currently slated for intensive care personnel.

The health system in the South American country is verging on collapse, with nearly all intensive care beds at public hospitals at capacity.

The government recently admitted a shortage of important drugs for treating COVID-19 patients.

"We are in a critical situation," said health ministry spokesman Hernan Martinez.

The South American country, which is about the size of Germany and Switzerland combined, has around 7 million inhabitants.

In normal years, tourism in Chile's natural paradise, Pucon, is thriving. But with travel restrictions amid a pandemic, residents whose livelihood is dependent on tourism are suffering — with no clear end in sight.

President Mario Abdo Benítez is being sued for failing his country during the Coronavirus pandemic. The lawsuit argues that thousands of deaths and an overwhelmed health system could have been avoided. Corruption is worsening the crisis, and infection rates are exploding.