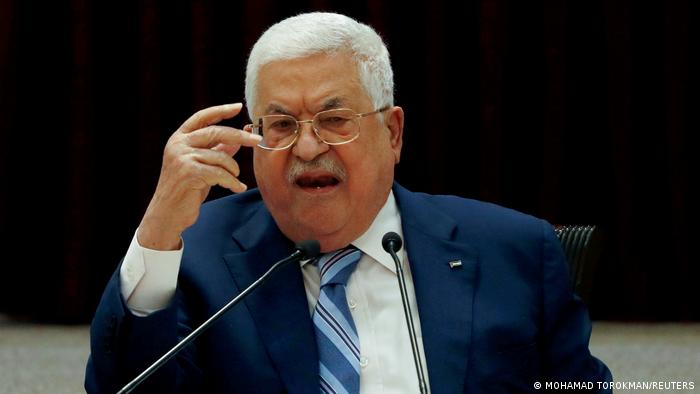 It was the latest in a series of meetings between top Israeli officials and the Palestinian leader.

In late August, the defense minister visited the Palestinian Authority's headquarters in the West Bank for talks with Abbas — the first official meeting at such a level in several years.

According to a senior Palestinian official, Tuesday's meeting marked the first time Abbas met with an Israeli official in Israel since 2010.

"The two men discussed security and civil matters," the Israeli Defense Ministry said in a statement.

Gantz told Abbas that he intended to "continue to promote actions to strengthen confidence in the economic and civilian fields, as agreed during their last meeting," it added.

Hussein al-Sheikh, the Palestinian civil affairs minister and a key aide to Abbas, said the meeting "dealt with the importance of creating a political horizon" that leads to a political solution in accordance with international legitimacy resolutions.

He said the pair discussed "the tense field conditions due to the practices of settlers," adding that the meeting dealt with "many security, economic and humanitarian issues."

Israeli Prime Minister Naftali Bennett said after the meeting in August that there weren't any ongoing peace talks with the Palestinians, "and there won't be one."

While the right-wing leader opposes Palestinian statehood, he has said he wants to reduce friction with the Palestinian Authority and improve living conditions in the Israeli-occupied West Bank.

Several instances of violence have been reported in the West Bank in recent weeks, including a series of Palestinian attacks on Israelis as well as a surge in violence by Israeli settlers against Palestinian civilians.

Peace talks were suspended in 2014, and Jewish settlements in the occupied West Bank have since expanded.

The Palestinian Authority seeks an independent state that includes all of the West Bank, East Jerusalem, and the Gaza Strip.

From Enemies to Friends - Gazans & Israelis Uniting for Peace

The battle line in the Israeli-Palestinian conflict runs between the border towns of Sderot and Gaza. Nothing but a wall and a few hundred meters separate these communities, yet their residents almost never meet.

Palestinians in Jerusalem neighborhood fear for their future

Four Palestinian families could soon find out whether they will be evicted from their homes in occupied east Jerusalem to make way for Israeli settlers. The move would leave them homeless — and could spark new tensions.