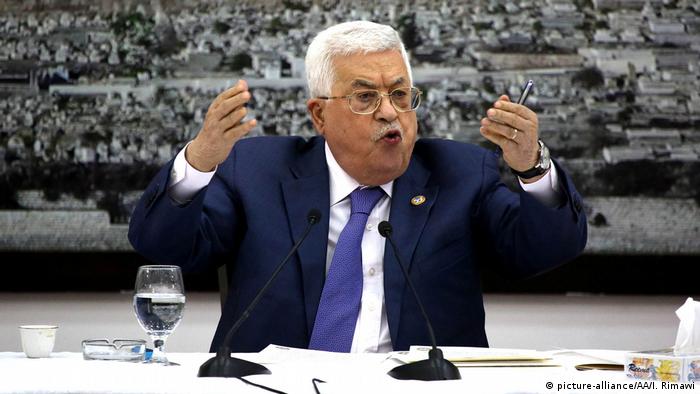 "We announce the leadership's decision to stop implementing the agreements signed with the Israeli side," he said after meeting other Palestinian officials in the West Bank city of Ramallah on Thursday.

Abbas did not specify which deals might be discontinued. In his statement, he said Palestinians would immediately form a committee to implement the decision.

The 84-year-old leader has made such threats in the past and failed to act on them, although it is rare for Abbas to speak with such clarity on the issue.

In the early 1990s, Israel and the Palestine Liberation Organization, then headed by Yasser Arafat, signed a number of peace agreements under US sponsorship. Abbas was a key figure in negotiating the so-called Oslo Accords. They led to the creation of the Palestinian Authority and cover a range of issues, including water usage, electricity and security arrangements.

Relations between Abbas' government, based in the West Bank, and its Israeli counterpart have worsened in recent months.

Earlier this week, Israeli forces razed dozens of Palestinian homes in East Jerusalem, on a territory administered by the Palestinian Authority. Israel said the structures were too close to the separation barrier and that demolishing them was necessary for "reasons of security."

The move was slammed by the EU and the UN as contrary to international law.

The Israeli government and the Palestinian Authority are also at loggerheads over the issue of tax revenue, with the Israelis deducting around $10 million (€9 million) from tax revenues they collect on behalf of the Palestinians. The Israeli officials justified it by saying it corresponds to the amount paid by the Palestinian authorities to families of prisoners or directly to Palestinian inmates in Israeli jails.

Israel sees the aid as encouraging attackers, while the other side says it is aimed to help the families through financial difficulties. In response, the Palestinians refused to take any of the remaining $180 million per month until everything is paid out, putting Abbas' administration in a financial crisis.

Jerusalem 'not for sale'

On Friday, Abbas said that Palestinians "will not succumb to the dictates and the imposing of a fait accompli on the ground with brute force, specifically in Jerusalem," according to the WAFA news agency.

He also rejected US President Donald Trump's "Deal of the Century" between Israel and the Palestinians, emphasizing that "Palestine and Jerusalem are not for sale or bargain."

However, he added: "Our hands have been and are still extended to a just, comprehensive and lasting peace."

But some observers remain skeptical as to whether Abbas will follow through. They say that ending the agreements could lead to the demise of the Palestinian Authority of which he is president. "It is useless to talk about halting agreements with Israel without talking about the fate of the Palestinian Authority and changing its shape and functions," said analyst Hani al-Masri. "The resolution is a repetition of previous resolutions."