Former head of Pakistan's banned Lashkar-e-Jhangvi group has been killed by police after the convoy carrying the sectarian leader came under fire from armed gunmen. Thirteen of Malik Ishaq's associates were also killed. 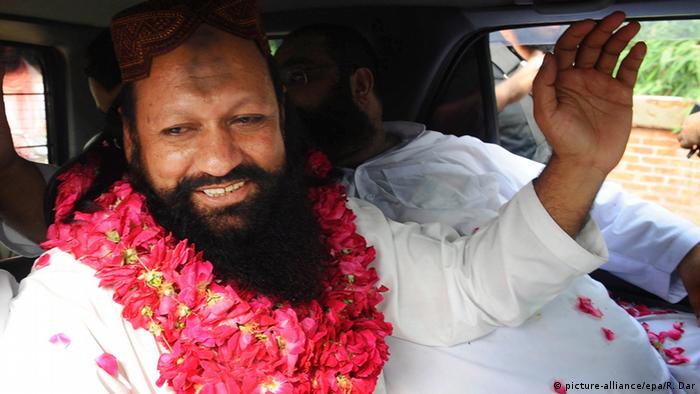 According to Shuja Khanza, the provincial home minister in the eastern Punjab province, Ishaq was killed before dawn on Wednesday in the district of Muzaffargarh.

The former leader of the outlawed Sunni group was arrested on Saturday in connection with the murder of dozens of people in target killings in South Punjab. He was being transported for questioning when the police convoy was ambushed.

"Twelve to 15 terrorists attacked the police party … freed the accused and fled away on motorcycles," police spokeswoman, Nabila Ghazanfar, quoted a police officer in the area as saying.

The fleeing gunmen were attacked by police further along the road, killing Ishaq and 13 associates, among whom were the ex-leader's two sons.

Wanted in the US

Lashkar-e-Jhangvi, which was found by Ishaq, has claimed responsibility for the deaths of hundreds of civilians, mostly minority Shi'ite Muslims.

Ishaq, who was also on a US list of global terrorists, had previously faced several murder trials but was always acquitted after witnesses refused to testify.

The situation of journalists has deteriorated since the restoration of democratic rule in Pakistan, reveals Amnesty International in its new report, 'A bullet has been chosen for you - attack on journalists in Pakistan.' (02.05.2014)