Pakistani army plays leading role in relief operations | Asia | An in-depth look at news from across the continent | DW | 20.08.2010

With 20 million Pakistanis affected by the floods and disappointment about the response of the government, the army has been able to boost its image by coordinating relief efforts and delivering supplies. 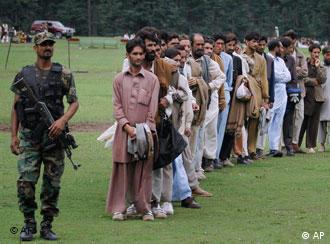 The Pakistani army has been coordinating the evacuation of villagers

Pakistan's military is believed to be one of the few intact and well functioning institutions of the land. When the floods were triggered almost three weeks ago and washed away entire villages, bridges and roads, the army deployed thousands of troops - some 60,000 in total.

"My message to the army commanders is that they should give maximum help to those affected. They are already doing everything possible," army chief General Ashfaq Kayani told the media.

"The army will definitely perform its duty; however the disaster is so big that the whole nation must cooperate in relief activities. If everybody performs his duty, we will finish the task sooner. We also need doctors. Army doctors and nurses are taking part in the relief activities." 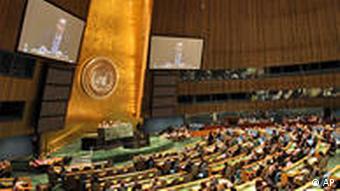 Deflection from fight against insurgency?

There has been some concern in the United States that the Pakistani army's relief operations could deflect from the fight against the Taliban in the tribal areas on the border with Afghanistan, but the military has insisted its fight against militancy will not be affected. There are some 140,000 Pakistani soldiers on the Afghan border.

"Almost the whole of Pakistan is affected by the flood waters. When this disaster began, it was only the army that saved the people," Captain Munim, who was posted in Wana, South Waziristan and was sent to southern Punjab to help with the relief efforts, told Deutsche Welle.

"Two days ago, we saved nearly 15 people in the difficult Kot Addu area. There were five children between two and three years of age who had not eaten anything during the past three days. Such rescue actions give huge satisfaction."

Many of the flood victims have lost everything. They are faced with hunger and disease. Moreover, they feel betrayed by Pakistan's leaders. They say that none of the politicians who usually spend millions during elections to take voters to polling stations when there are elections have made the trip this time.

President Asif Ali Zardari's European trip did nothing to improve the government's reputation. The fact that he refused to cancel his visit to France and Britain although the floods were already reaching historic dimensions caused a great deal of anger and disappointment. 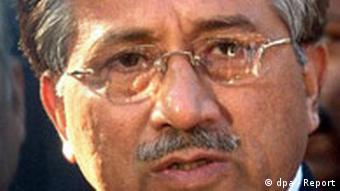 His predecessor, former General Pervez Musharraf, has also made use of the disaster to try to improve his own battered image. He has praised the military's relief operations in a video message posted online in which he says his "heart is beating with the whole nation."

"I share their grief. I will donate 10 million rupees (ca. 90,000 euros) from my own pocket to the flood victims. I will hand over the money to the representatives of the All Pakistan Muslim League. They will spend the money with utmost transparency. I will supervise the whole process myself."

Musharraf, who is not in Pakistan, himself founded the All Pakistan Muslim League just a few months ago and is reportedly hoping to use the party to stage his political comeback in the near future.

Observers say that although Pakistanis are increasingly dissatisfied with politicians and some are becoming nostalgic about the army, there is little chance of the military rising against the unpopular government while the fight against insurgency is still on.

The United Nations has increased its estimate of the number of homeless from flooding in Pakistan as the European Union pledges more aid. The EU's aid commissioner is to visit the country next week. (18.08.2010)

As flooding in Pakistan continues to displace millions of people, Muslim groups in Germany are mobilizing to raise money and support aid programs to help those in need. (18.08.2010)

Pakistan asks for more aid to cope with flood disaster.

Pakistan's ambassador to the UN appeals for more support for his country as it struggles with the floods, which he says are a sign that climate change is here and a wake-up call for developed countries. (17.08.2010)