As flooding in Pakistan continues to displace millions of people, Muslim groups in Germany are mobilizing to raise money and support aid programs to help those in need. 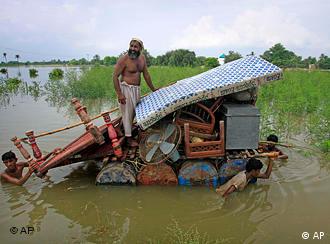 Millions have been displaced as a result of the flood waters

A week into the Islamic fasting period of Ramadan, Muslim groups in Germany have asked their community to dig deep for victims in flood-ravaged Pakistan, where an estimated 20 million people are suffering due to high waters.

Ayyub Axel Koehler, who chairs the Central Council of Muslims in Germany (ZMD), says the country's Muslim community is shocked and dismayed at the recent devastating floods that have killed around 2,000 people in Pakistan.

He says this is why a special slogan has been devised for this year's Ramadan: "Fast, pray, donate."

Koehler says German Muslims "feel a sense of responsibility" for those in flood-affected regions of the South Asian country, adding that Ramadan is viewed as a time of special social commitment, during which Muslims are asked to give to those in need.

Koehler says he welcomes this generosity as a "positive characteristic of the Muslim minority in Germany."

The Imam says he has put out a call for donations at Friday prayer, despite Muslims already being expected to donate 2.5 percent of their annual salary to those in need.

Manahnut Askar, who also works with the ZMD, says the organization has had many people inquiring about donating to Pakistani flood victims through Muslim aid groups such as the Red Crescent, the Muslim equivalent of the Red Cross. 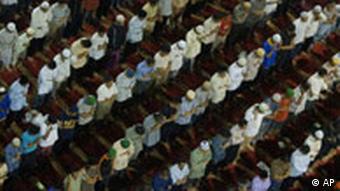 Ramadan can be seen as a time for giving

But the ZMD and the Red Crescent aren't alone in their mission to gather aid for Pakistanis, with a collection of other Muslim groups banding together to help.

The Germany branch of aid and development organization Islamic Relief is one such group that has rallied in support of flood victims. Islamic Relief Germany spokesperson Nuri Koeseli says that 100,000 euros ($129,000) was donated in the first week of flooding in northern Pakistan.

The group, which is a member of the United Nations Economic and Social Council, says it has workers on the ground in Pakistan and guarantees that donations make it to the victims of the natural disaster.

Another Muslim aid group, the German-Turkish organization Time to Help, has thought up an ingenious way for people to easily donate to victims of the Pakistan floods - via a mobile phone text message. 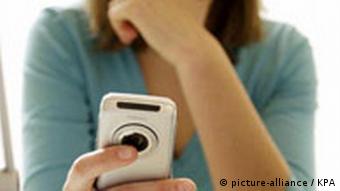 Prospective donors simply need to sign up to the service and set a password, and can shortly thereafter make a contribution of 5 euros via SMS. Time to Help managing director Burhanettin Demir says that 20,000 euros has been donated since the initiative was launched five days ago.

The organization has a much stronger presence in Turkey owing to greater media coverage there, and so the majority of donors are Turkish Muslims. But Demir says that attention and concern in the wider Muslim community is often centered on Pakistan.

"[Pakistan] is a very poor country and the people there are not helped by the government," says Demir, adding that donations are sent to Time to Help's partner in Pakistan, the PakTurk Foundation, which, he says, is an experienced and trusted organization that collaborated alongside Time to Help for victims of the tragic 2005 earthquake in northern Pakistan.

Pakistan asks for more aid to cope with flood disaster.

Pakistan's ambassador to the UN appeals for more support for his country as it struggles with the floods, which he says are a sign that climate change is here and a wake-up call for developed countries. (17.08.2010)

Aid agencies have seen an increase in donations to the Pakistani relief effort. To date, Germans have contributed at least two million euros, but much more is still needed. (17.08.2010)

The World Bank said it will make nearly $1 billion in credit available to Pakistan to help the country’s economy cope during an unfolding flood crisis that has affected around 20 million people. (17.08.2010)