The WHO says it has detected new polio cases in Pakistan. The statement comes as the international community marks World Polio Day. Experts say that extremism in Pakistan is hampering the fight against the disease. 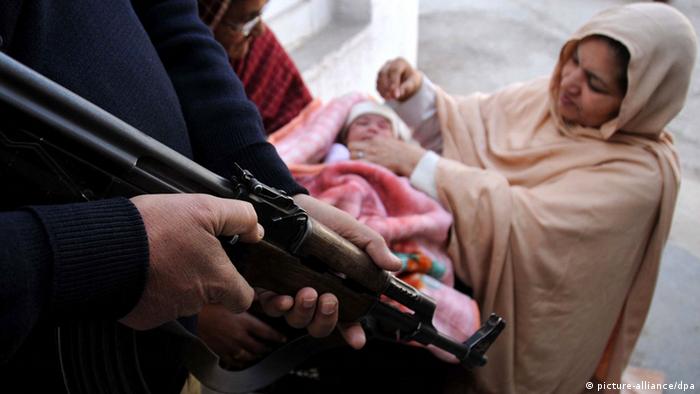 In an official event to mark World Polio Day on Friday, October 24, Pakistani Prime Minister Nawaz Sharif said his government would do all it can to battle the infectious disease. The premier also declared a "polio emergency" in the country and urged parents to have their children vaccinated.

According to the country's health officials, the number of polio cases detected in Pakistan so far this year stands at 202. This is the highest figure in 15 years exceeding the previous record of 199 infections in 2001. The South Asian nation is one of the three places in the world, along with Afghanistan and Nigeria, where polio remains endemic.

"The current polio situation in Pakistan is critical. The country is really at a tipping point. All the other places in the world where people are still infected have seen massive decreases in the number of new cases," Sona Bari, spokeswoman for polio eradication at the WHO, said in a DW interview. 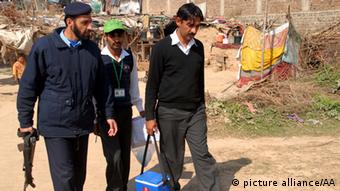 Lack of proper access to anti-polio vaccination has led to a rise in polio cases in the South Asian nation. The number of polio cases in Pakistan rose from 58 in 2012 to 91 in 2013, out of which 65 were located in the remote tribal region bordering Afghanistan. Earlier this year, the World Health Organization (WHO) described the capital of Pakistan's northwestern Khyber Pakhtunkhwa province, Peshawar, as "the world's largest pool of polio virus."

Polio is a highly infectious viral disease, mainly affecting children younger than five. It can cause permanent paralysis and death, but can be prevented through immunization. The virus is spread through contaminated food and water.

In July 2012, Pakistani authorities had to postpone an anti-polio campaign in Waziristan after the Taliban banned inoculations, claiming the drive was similar to a hepatitis vaccination program run by the imprisoned Pakistani doctor Shakil Afridi. Afridi allegedly helped the US intelligence agency CIA find al Qaeda's former leader Osama bin Laden, who was eventually killed by the US Special Forces at his Abbottabad hideout in May 2011. Afridi is currently in a Pakistani prison facing treason and murder charges.

Wajahat Malik, an Islamabad-based social activist and filmmaker, told DW that ever since the Afridi incident, the polio eradication campaign has lost its credibility.

WHO expert Bari believes that the beginning of a military action in Pakistan's northwestern areas this June has slightly changed the scenario. "The subsequent displacement - due to the army operation - of nearly the entire population finally provided an opportunity to vaccinate those who had been living in the region for two years without vaccination," Bari said. She added, however, that in such situations there was also the risk of the virus spreading to new areas as it traveled out with the people who haven't been vaccinated.

Militant Islamists retain a strong clout in Pakistan's northwestern areas and their influence has also grown substantially in the central and southern Pakistani cities, including Lahore and Karachi, over the past two or three years.

In January, the militants targeted a police patrol which was on its way to guard a polio vaccination team in northwestern Pakistan killing six policemen and a child. A day earlier, four gunmen opened fire on a medical team in the southern city of Karachi, killing three health workers including two women. 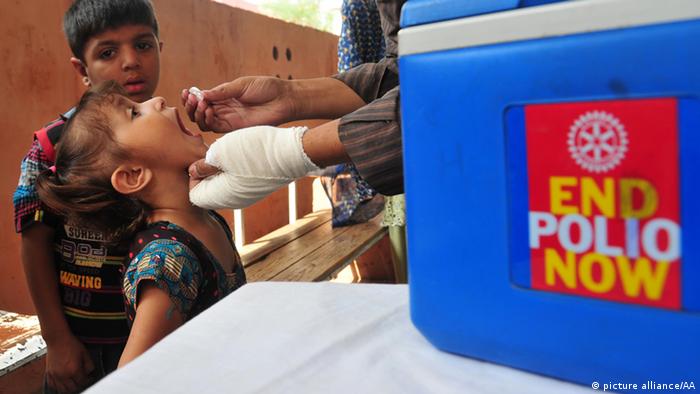 PM Nawaz Sharif has declared a "polio emergency" in the country

Experts say the militants' attacks have made it extremely difficult for health workers to run their campaign. They say that a failure of the polio eradication drive would be devastating for the country and its already weak economy. "If the polio virus spreads in the country, Pakistanis will be barred from travelling to other countries," Sikandar Januja, an activist in Karachi, told DW.

But a lack of security is not the only reason for Pakistan's inability to stop the spread of polio, believes Bari. According to the expert, there are also areas without security-related issues which have not achieved a high level of vaccination. This aspect, she says, points to a management and accountability weakness in these areas. "So we cannot say that the failure is only due to the militants, although they and the climate of fear have definitely played a role."

But there are other challenges too. "In other parts of Pakistan such as Karachi and in the province of Khyber Pakhtunkhwa, the problem is that vaccination activities are not of good quality. Sometimes, this is just because local officials who are in charge of having children in their district vaccinated haven't done their work in a manner that ensures the vaccination is delivered properly," said Bari.

For his part, Karachi-based journalist Nusrat Amin believes anti-progressive forces have often opposed campaigns that are aimed at improving people's lives. "Successive governments have always succumbed to tribal pressures, so it doesn't surprise me if the government chooses to postpone the drive," Amin told DW.

India has marked three years since its last case of polio was reported. This is regarded as a major milestone for a country that until recently accounted for most of the world's cases of the disease. (13.01.2014)