'Pakistan has withstood all pressure'

Pakistan received a severe snub from US President Obama at the NATO summit that recently concluded in Chicago. Pakistani political analyst Naveed Ahmed talks about the reactions in Pakistan and the implications. 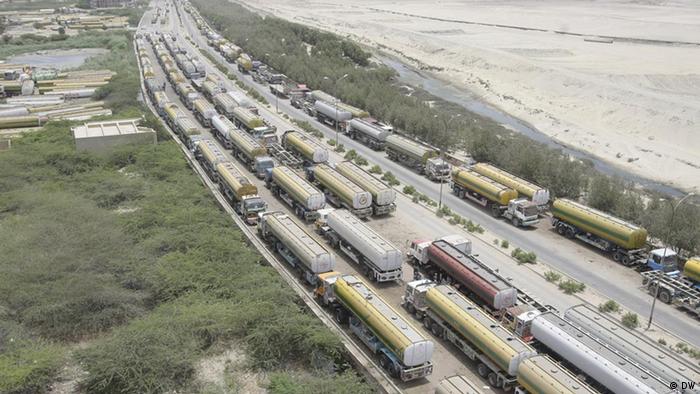 Naveed Ahmed is a political analyst and investigative journalist in Pakistan.

DW: How has Pakistan reacted to the summit in Chicago?

Well, there is a clear-cut position that Pakistan is not going to continue any business with the United States or NATO, for that matter, until they offer an apology. And that was clear in the statement given by President Zardari in Chicago. On the face of it, this is the situation and people are buying it. If Zardari has given any commitment, he is not in a position to fulfil it. The reaction is otherwise very calm, no US flags are being burnt. There was a fear that Pakistan may succumb to US pressure, but this NATO summit has proven that Pakistan can withstand the pressure. The foreign minister also said that Pakistan would seek an apology and then look further.

President Obama did not conduct bilateral talks with President Zardari. Does Pakistan see that as a snub? How has the media reacted?

Again, Asif Ali Zardari's departure to Chicago was criticized in Pakistan because it was a last-minute invitation and he should not have gone. In fact, they should have sent the foreign minister there. And if President Obama did not meet Zardari, it is a kind of embarassment for the Pakistan People's Party in the political point-scoring game in parliament. But on the streets, it does not matter because there is a consensus that there will be no business with the US until our concerns or demands are addressed by the American administration.

What demands does Pakistan have?

For NATO relations to normalize, Pakistan is seeking an apology from NATO and the US for the killing of 26 Pakistani soldiers , who died when US troops leading a NATO convoy attacked Pakistani troops last November. Second, the US and NATO should end their drone attacks inside Pakistani territory. Third, there should be a clear-cut agreement as to how and under what conditions Pakistan should allow NATO supplies through its territory. Since Musharraf gave access to NATO troops in 2002 this has taken place through verbal agreements but there is nothing in writing. Pakistan does not earn any transit fees. Pakistan charges about $5000 per container and there is talk that NATO is ready to pay $1500.

What will Pakistan's role be after the NATO troop withdrawal from Afghanistan in 2014?

Pakistan is a key player in Afghanistan. If Pakistan is comfortable with the withdrawal and the conditions afterwards that are being mapped out, Pakistan can play a very constructive role. If there are concerns and insecurities, because of greater Indian influence, or foreign troops or the proliferation of weapons inside Pakistani territory, then it will be different. That is why Pakistan is in a situation where it has to assert its position, its presence, so that when the troops exit, the post-exit scenario is not detrimental to Pakistan's interests.

What kind of a post-exit scenario would be detrimental to Pakistan?

The key issue, as the Turkish president mentioned in Chicago, is that the NATO troops have failed to win over the hearts of the Afghan troops and the people. There is also a huge concern that when they leave in 2013 or 2014, there will be more insecurity and stability at stake. That will leave Afghanistan in almost the same situation, if not worse, than it was in 1989 or in 1999-2000 before 9/11. Pakistan's prime concern is that the country should deal with its own problems. There are 2.5 million Afghan refugees in Pakistan without any international help and they should be going back. Also, Afghanistan should not have a government which could create problems in Pakistan's Pashtun areas as was the case during the communist regime in the Soviet days.