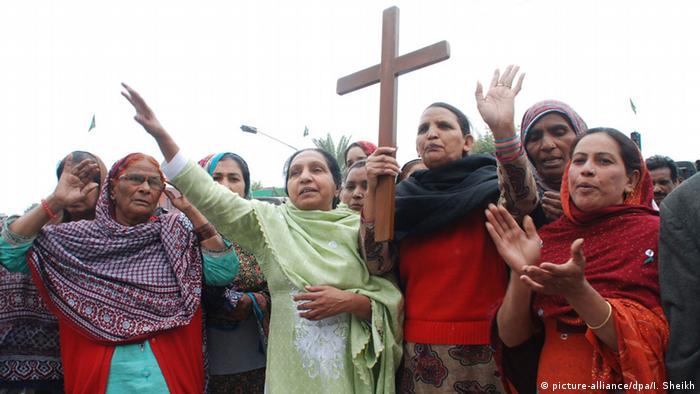 Christians in Pakistan have gathered in different cities demanding more safety for religious minorities in their country after suicide bombers attacked two churches in the Youhanabad neighborhood of the eastern city of Lahore on Sunday.

More than a dozen people were killed while attending church services and over 50 were injured in the attack, for which Jamatul Ahrar, a splinter group of the Pakistani Taliban, has claimed responsibility.

Angry mobs in Youhanabad also set fire to two men they held responsible for the bombings, killing them. Christian and other secular groups expressed their distress at the tragedies, with many, like rights activist Maryam Kanwer, lamenting the state of affairs in Pakistan.

"Pakistan's government is fighting against terrorism - there is an undeclared emergency after the Peshawar school carnage. The officials also get reports from intelligence agencies that terrorists are going to attack other institutions, like churches, especially on a Sunday. But [on Sunday] there was not enough security and that is why terrorists managed to access the churches," Akmal Bhatti, a minorities rights activist and lawyer told DW. 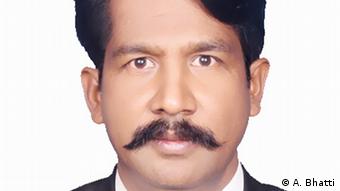 Attacks against Shiite Muslims and Christian sections of the population have risen ever since Pakistan's government tightened anti-terrorism laws after an attack on a school in Peshawar last year in which more than 150 people, mostly children, died. Islamabad has also been carrying out an army offensive against militants in its tribal areas on its border to Afghanistan.

"Terrorists who are tried for murder get sentenced to death by hanging and terrorist organizations are against this policy," Bhatti said, explaining the new anti-terror laws which carry the death penalty for terror convicts with almost immediate effect.

Organizations like the "Islamic State" (IS), which target Christians and post the brutal videos on the Internet, have also influenced local terror groups who "want to take revenge on Christians," the lawyer added.

Living in a state of insecurity

However, Pakistan's religious minorities, including Hindus and Christians which form 1.6 percent of the country's population, are also targets of the country's infamous blasphemy law, which carries the death penalty for "insulting" Islam, its Prophet Muhammad or the Koran. Rights activists say the law is often used against select religious groups to settle petty fights.

The leader was killed four years ago for speaking out against blasphemy, but several people in Pakistan "hail Qadri as a hero," Bhatti says. Added to this, the court has also removed Qadri's terror conviction, meaning his death sentence may never be executed. These kinds of incidents "have created fear in the minds of Christians," the lawyer admitted.

Islamabad needs to "take concrete measures for the protection of the lives and property of religious minorities, because we are feeling insecure," Bhatti said.