An appeals court has upheld the death sentence imposed on a former bodyguard who in 2011 shot dead Punjab's then governor who'd sought blasphemy law reform. The case has highlighted a deep split in Pakistan. 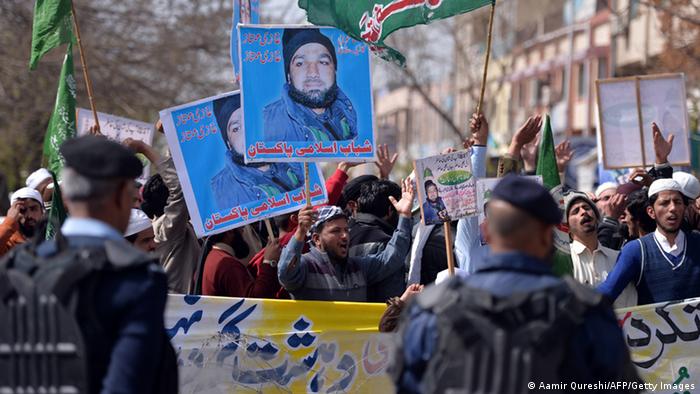 Islamabad's High Court on Monday dismissed Mumtaz Qadri's appeal against the death sentence. However, the judge struck out a terrorism conviction agaisnt Qadri, meaning it's less likely that authorities will soon proceed to execution.

Punjab governor Salman Taseer was one of several prominent figures shot dead in recent years for speaking out against Pakistan's use of blasphemy laws - which themselves can carry the death penalty. 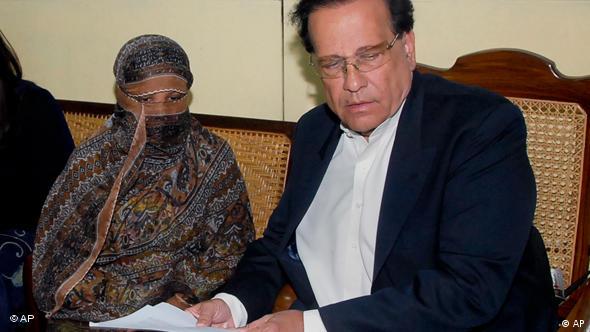 He had championed the cause of a Christian woman sentenced to death in a blasphemy case. Blasphemy is the concept of offending a religion or a god.

The judge who convicted Qadri in late 2011 later fled the country himself.

Some 150 supporters of Qadri of the hard-line religious group Sunni Tehreek rallied outside the court, carrying portraits of him.

One of Qadri's lawyers, Mian Nazeer, described Monday's appeal ruling as a "relief."

Pakistan lifted a moratorium on executions in December - but only in terror-related cases - after Taliban gunmen massacred more than 150 people at an army-linked school.

Qadri was charged with shooting dead Taseer in Islamabad in early 2011. Two months later, Minister for Minorities Shahbaz Bhatti, a Christian, was murdered by the Taliban for demanding changes to Pakistan's blasphemy law.

The Lahore High Court has upheld the death sentence awarded to Christian woman Asia Bibi. The mother of five was convicted of blasphemy and sentenced to death in a controversial case in 2010. (16.10.2014)

Shahbaz Bhatti, Pakistan's minorities minister, has been killed by gunmen for challenging the country's blasphemy law that mandates the death penalty for insulting Islam. (02.03.2011)