Seven Pakistani paramilitary soldiers have been killed by insurgents in an attack on a military post in Balochistan. The province, home to large oil and coal reserves, is routinely targeted by armed separatist groups. 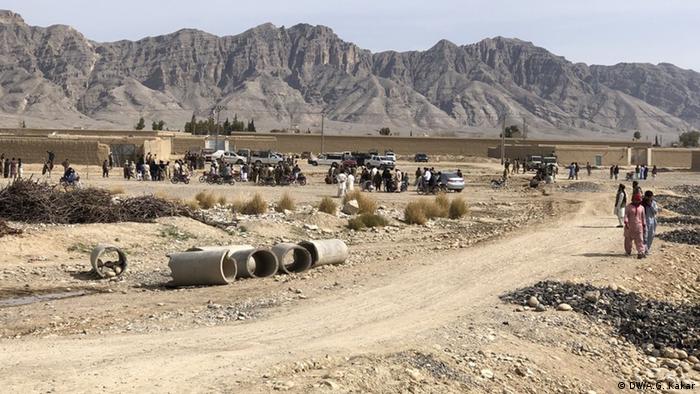 Ethnic Baloch separatists have waged a decadeslong insurgency in the region

Seven Pakistani paramilitary troops have been killed by militants in an attack on a checkpoint in the southwestern province of Balochistan, the military said Sunday.

The event took place late Saturday night in the town of Harnai, around 170 kilometers (105 miles) east of the provincial capital, Quetta. The Pakistani military has been fighting a low-level insurgency for decades in the province, which borders Afghanistan and Iran.

"During the intense exchange of fire, seven brave soldiers embraced shahadat [martyrdom] while repulsing raiding terrorists," the military said in a statement. "[The area] has been cordoned off; escape routes have been blocked."

"Saddened to hear of 7 brave soldiers martyrdom as a result of terrorist attack on FC post in Harnai Balochistan late last night," Prime Minister Imran Khan said on Twitter. "My heartfelt condolences & prayers go to their families. Our nation stands with our courageous soldiers who face attacks from Indian backed terrorists."

Chinese businesses active in the region

Balochistan hosts some of Pakistan's largest coal and natural gas reserves, with some extraction operations backed by China. However, the province has remained largely undeveloped, and several armed groups including ethnic Baloch separatists have waged a decadeslong insurgency in the region.

The province is part of a China-backed multibillion-dollar infrastructure drive known as the China-Pakistan Economic Corridor (CPEC). Baloch separatists have previously claimed attacks on CPEC projects, and thousands of Pakistani security personnel are deployed in the region to handle the violence.

The government has said the insurgency is backed by India, and is part of an attempt to thwart foreign investment in the country.