A group of EU scientists say the hole in the ozone layer over Antarctica is larger than the continent itself . The discovery comes as the world marks the International Day for the Preservation of the Ozone Layer. 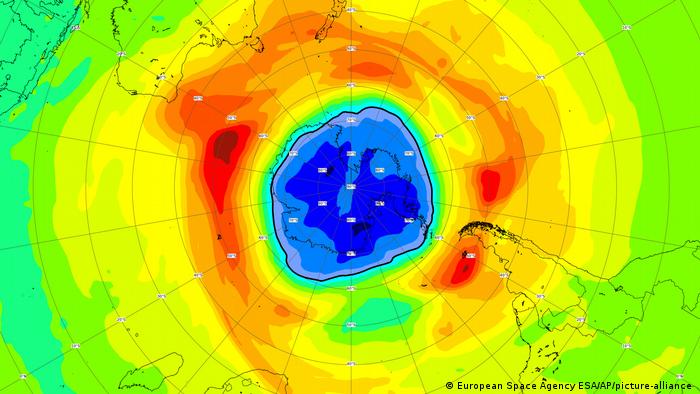 The hole in the ozone layer is larger than it usually is at this time of the year, according to a team of EU scientists.

The European Union's Copernicus Atmosphere Monitoring Service said Thursday the ozone hole is larger than the size of Antarctica.

"Forecasts show that this year's hole has evolved into a rather larger than usual one," said the head of the EU satellite monitoring service, Vincent-Henri Peuch.

The hole makes an appearance each spring season in the Southern Hemisphere.

How serious is the hole in the ozone layer?

Ozone is the layer that protects the world from harmful ultra-violet rays from the sun.

Since the implementation of the Montreal Protocol, the ozone layer has started slowly recovering.

The landmark international agreement led to the banning of a group of chemicals known as halocarbons. These are found in synthetic compounds that have been found to destroy ozone.

Peuch said the ozone layer should recover, but close monitoring was still required. This would also involve identifying violations of the Montreal Protocol.

Experts believe the world will only be free of harmful ozone-depleting substances in 2060, when it's hoped they will have been completely phased out.

The discovery of a larger-than-normal hole comes as the world marks the anniversary of signing of the Montreal Protocol on September 16, 1987.

The day has been designated by the UN as the International Day for the Preservation of the Ozone Layer.

The UN said the treaty has done well over the past three decades, and the layer is "on the road to recovery."

UN Secretary-General Antonio Guterres said the world needs the same level of cooperation to tackle climate change. He called for the international community to "act now, to slow climate change, feed the world's hungry and protect the planet we all depend on."