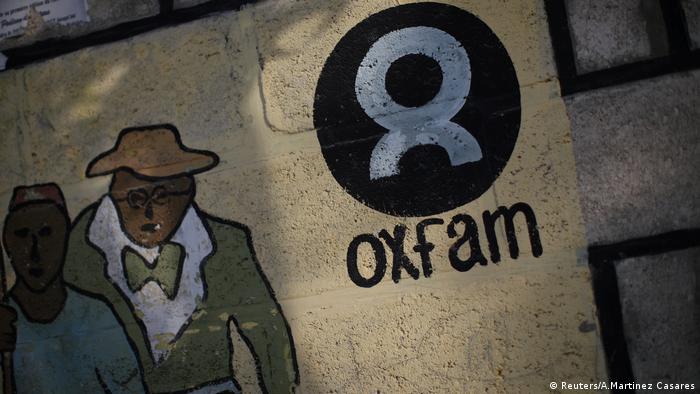 Oxfam's annual report, this year entitled "Public Good or Private Wealth," has calculated that last year a mere 26 people owned more than the 3.8 billion people who make up the poorest half of humanity.

Based on data sets provided by Swiss bank Credit Suisse and the famous Forbes List of billionaires, the UK-based non-profit organization claims that between March/June 2017 and March/June 2018 the wealth of the super-rich grew by $2.5 billion (€2.2 billion) per day on average, while the bottom half of the world's population saw their wealth dwindle by $500 million daily over the same period.

"Our economy is broken, with hundreds of millions of people living in extreme poverty while huge rewards go to those at the very top," Oxfam added in a dire note.

While acknowledging the progress the world has made in recent decades in reducing the numbers of people living in extreme poverty, it cites evidence from the World Bank that the rate of reduction has slowed since 2013.

"Governments face a stark choice today — a choice between a life of dignity for all their citizens or continued extreme wealth for a tiny few," Oxfam warned, and offered a series of interventionist policy prescriptions to help fight inequality.

2. Free up women's time by easing the millions of unpaid hours they spend every day caring for their families and homes. Let those who do this essential work have a say in budget decisions and make freeing up women's time a key objective of government spending. Invest in public services including water, electricity and childcare that reduce the time needed to do this unpaid work.

3. End the under-taxation of rich individuals and corporations. Tax wealth and capital at fairer levels. Stop the race to the bottom on personal income and corporate taxes. Eliminate tax avoidance and evasion by corporations and the super-rich. Agree to a new set of global rules and institutions to fundamentally redesign the tax system to make it fair, with developing countries having an equal seat at the table.

Policymakers should take Oxfam's findings and suggestions with a grain of salt, however, since even after repeated criticism year after year, the report remains methodologically sloppy. Their calculation of inequality is based on "net assets" in which the assets owned by individuals, such as property and shares, is subtracted by their debt liabilities, to calculate their position in the global wealth distribution. Income is excluded from the calculation.

One of the most intuitive problems with this is that the poorest people by this method are not those in developing countries living with little to nothing, but young professionals, who own no assets with a significant degree of student debt. It seems absurd to believe that a Harvard graduate in his first job, with a steady income, is somehow worse off than those living with little debt in sub-Saharan Africa or Southeast Asia, simply because he had to take out a loan for college.

Jamie White, research director at the UK think tank, Institute of Economic Affairs, says that what Oxfam got fundamentally wrong isn't so much the inclusion of the debt; it's the failure to recognize the asset that it funded.

"It's true that a Harvard graduate, say from law school, has a high debt. But what Oxfam isn't counting is the value from this degree," he said.

Issues like these persist throughout Oxfam's work. Individual data, for example, does not capture family assets nor the pension claims that one has. Last year, Oxfam tried to dismiss claims that pension funds act as institutional investors for the average person by claiming "even in countries where pension funds are significant institutional investors, in effect sharing the returns with pensioners, their share of these lucrative assets has been declining."

This is contrasted with the evidence that pension funds and liabilities represent a growing share of the global economy. Pension funds are rapidly expanding around the world, with China having the fastest growth rate. Ignoring this distorts the findings on the real ownership structures of capital assets.

The wealthy and their enablers

It is clear that the Oxfam report is not of the high academic caliber worthy of the sort of media attention it generates. The organization's notion that global wealth is a collective pool to which people around the world contribute, and from which the rich take the lion's share, depriving others, is preposterous.

Jamie White says that taking away the wealth of the 26 super-rich and giving it to the poor — a policy Oxfam may favor — wouldn't help at all. "All that would happen is they would double their net worth, and that would amount to an increase of $750 [per person]. That's not an increase in their income, but a one-off payment. It wouldn't really change their lives at all," he said.

But the underlying problem of inequality is nonetheless real. Economist David Autor from the Massachusetts Institute of Technology found that a significant degree of inequality can be explained by what is referred to as "superstar firms" such as big tech companies that significantly outperform everyone else.

Research into the likes of Google and Facebook shows that most inequality is not between bosses and their employees, but between those that work at superstar companies with smaller labor forces and everyone else.

That is why Jamie White argues that rather than increasing the scope of regulations that allows for special interests to capture policy, the focus should be on increasing competition and reducing barriers to market entry. A more competitive market economy would increase prosperity and combat cronyism in a much more effective manner than the suggestions proposed by Oxfam.

Millions in danger of falling into extreme poverty, Oxfam says 23.05.2022

Oxfam says mounting inflation and the high cost of living have reversed decades of progress on poverty.