Our beautiful planet: The dark side of ′mother of pearl′ clouds | Environment| All topics from climate change to conservation | DW | 04.02.2019

Our beautiful planet: The dark side of 'mother of pearl' clouds

Nacreous clouds may be stunning, but they're terrible for the environment. That's because these beautiful whisps of color are wreaking havoc on the ozone layer. 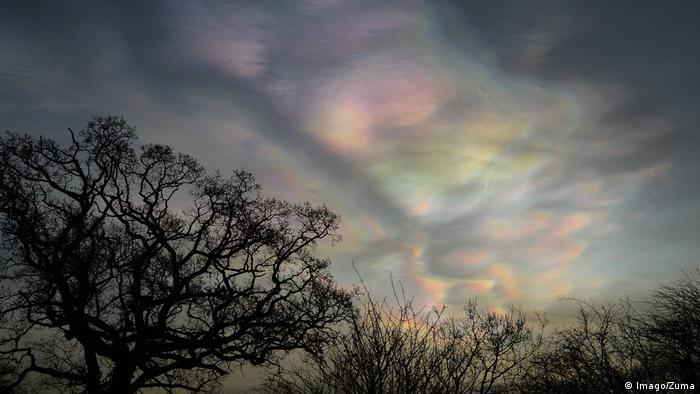 Casting an iridescent pastel hue across the sky, rare polar stratospheric clouds – also known as nacreous clouds because of their 'mother of pearl' color – are one of the most beautiful of all cloud formations. But they are also the most destructive for the ozone layer.

The phenomenon – which is sometimes mistaken for the Northern Lights – is a contributing factor in forming holes in the ozone layer over the Arctic and Antarctic.

Nacreous clouds form in the world's polar regions in winter, and only exist at high altitudes in the stratosphere, 70,000 feet (21,300 meters) up, in the ozone layer.

They only form when the temperature in the stratosphere is below -78C. This turns any moisture in the air into super-cooled liquid or ice crystals.

While clouds usually don't form in the stratosphere because it is normally too dry for ice crystals to develop, nacreous clouds can be created there because they consist of ice crystals, supercooled water and nitric acid. 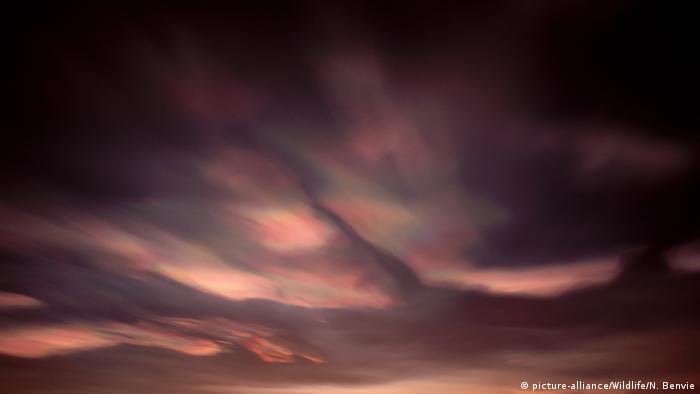 Their shimmering colors are caused by sunlight diffracting as it passes through the tiny ice crystals, lighting up winter skies.

But despite their beauty, they contribute to the breakdown in the ozone layer, which provides vital protection from the sun's damaging ultraviolet rays.

The ice crystals in the clouds spur on a chemical reaction between the ozone layer and gases such as bromine and chlorine. According to the US' Environmental Protection Agency (EPA), just one atom of chlorine in the stratosphere can destroy more than 100,000 ozone molecules.

Without nacreous clouds, these destructive reactions would be negligible. The prime reason why these destructive gases are in the stratosphere is because of humans using chlorofluorocarbons (CFCs) in products such as refrigerators and aerosol cans.

Although CFCs have been phased out after the 1987 Montreal Protocol, it may take up to another 100 years before the effects of CFCs are reduced in the atmosphere.

Because nacreous clouds only appear when the stratospheric temperatures are below -78C, they are more common in the southern hemisphere because these temperatures are reached more often in the Antarctic than in the Arctic.

As a consequence, the ozone layer is more depleted over the South Pole than over the North Pole.