The two-time Oscar winner, best known for a supporting role in "Gone with the Wind," has died. During a career that spanned six decades, the actress starred in a series of dramas, Westerns and period pieces. 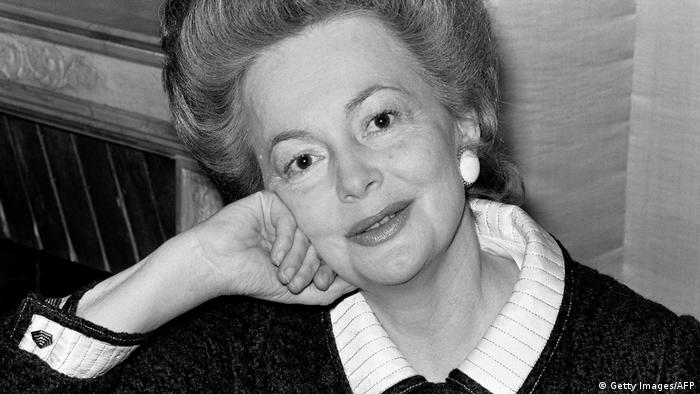 Oscar-winning actress Olivia de Havilland died Sunday peacefully of natural causes at her Paris home, according to her New York-based publicist Lisa Goldberg. She was 104.

During a career that spanned six decades, de Havilland starred in a series of dramas, Westerns and period pieces, most notably as  the self-sacrificing Melanie Wilkes in the film "Gone with the Wind" and  Maid Marian in "The Adventures of Robin Hood."

De Havilland often portrayed beautiful, sweet and romantic female characters. She won an Oscar for best actress in the 1947 melodrama "To Each his Own" about out-of-wedlock birth and, three years later, for her leading role in the romantic film "The Heiress."

Read more: Opinion — How Black Lives Matter is changing our view on film and TV

De Havilland was the last surviving star from "Gone with the Wind," an irony, she once said, as Melanie Wilkes was the only major character to die in the film.

Based on Margaret Mitchell's best-selling Civil War novel and directed by Victor Fleming, "Gone with the Wind" won 10 Academy Awards. The movie has since been heavily criticized for its glorified and sanitized portrait of slavery, with activists calling for the film's ban for its racist content.

In 2008, de Havilland received a National Medal of Arts and was awarded France's Legion of Honor two years later.

De Havilland had lived in Paris since the early 1950s, according to her publicist.

The actress was born in Tokyo, Japan on July 1, 1916. Her mother was a stage actress and her father was an English professor in a Tokyo university at the time.

De Havilland had desired to act in more challenging roles. In 1943, she sued Warner Bros. when the studio tried to keep her under contract even after it had expired. Warner Bros. claimed the actress owed six more months because she had been suspended for refusing roles.

Following De Havilland's fight, the California Court of Appeals ruled that no studio could extend an agreement without the performer's consent. The ruling is still unofficially called the "De Havilland law."

De Havilland was married twice, to Marcus Goodrich and Pierre Galante. She is survived by her daughter, Gisele Galante Chulack, her son-in-law and her niece.

Not a gala, but a TV show without an audience: the Lolas, Germany's top film award, will be rewarded in 2020 despite the pandemic. A look at the favorites — and at an insecure industry.