WHO specialist Dr. Luc Noel tells DW in an interview that a money-driven system of organ donation benefits the rich at the expense of the poor. He calls for a strictly regulated system focused on patient need. 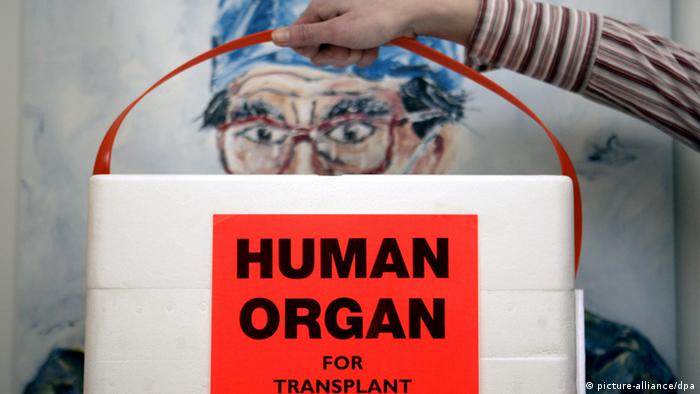 Deutsche Welle: Dr. Noel, June 1st is World Organ Donor Day. Doctors around the world are calling on people to declare themselves ready to become organ donors. But many people hesitate with the decision, not least because abuse and the illegal trade in organs continue unabated. The situation is particularly dramatic in developing countries where there are large income gaps between the rich and poor. What can be done to prevent abuse?

Dr Luc Noel: It is about recognizing power and the willingness to use that power. That power does exist: this is the government; this is the responsibility of the health system and a health system that knows very well that improving, increasing, access to kidney transplantation will pay back. Transplantation is the best, cost-effective solution for a patient with end-stage kidney disease. It is the best for the patient in terms of life expectancy, in terms of quality of life, but it is also the best for society, for healthcare expenditure compared to alternatives.

So everybody has an interest in developing transplantation. If you or I would need an organ, we would expect to have one. Who can be responsible? Society. Why? Because you cannot rely on living donors only. It is often necessary; it is a resource particularly for kidneys, because there's a small risk in donating a kidney. But the best source is organs donated after death. There are regularly people dying of having been a living donor. It's rare, but it happens and there are consequences. What does not do harm to anyone is organs donated after death.

To do this, you need a system. It has to be a pre-existing organization that will request the donation and work at matching it - like Eurotransplant does - with a recipient. So this organization is an investment. A society willing to provide a transplantation service needs to invest, needs to organize but also needs to check that things are well carried out - that the trust of the public is well-justified. We need to have confidence because we are all actors there.

There's the usual slogan: If you are prepared to receive should you need an organ, you should be prepared to give. The system is ours and that's where the investment in implementation of the law, in sanitary police, and the oversight of practices in healthcare is particularly important. 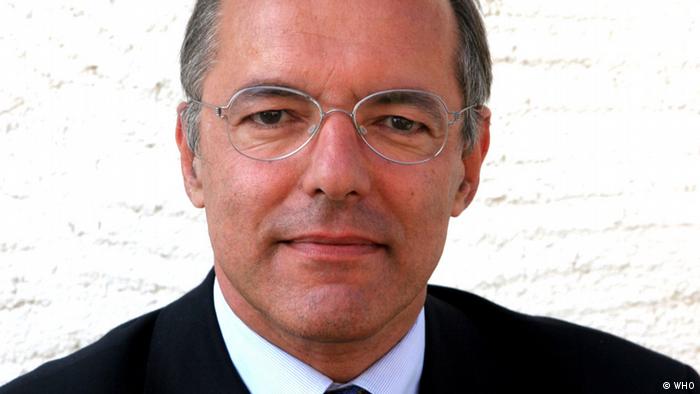 "There's the usual slogan: If you are prepared to receive should you need an organ, you should be prepared to give," says Dr Noel.

But can such a system even function at all in countries in which people live under extreme poverty?

It is achievable. You will easily understand that it has to be achieved. Of course the unscrupulous individuals making profits are taking advantage of a gap between the available supply in organs for transplantation and the demand of patients. The WHO estimation is that currently organ transplantation covers only 10 percent of the global need - it's a high estimation.

But in advanced countries, we also know that it's achievable. There are examples of countries that are almost self-sufficient. They are self-sufficient in organs because they have developed - they have maximized - the use of organs donated after death. Persons have anticipated that they will be happy to donate, because their organ after death can provide decades of extra life to people they don't know, rather than being buried or incinerated.

How does a country reach the goal of self-sufficiency in organ transplantation?

Equity is important. There should not be any difference within the population of citizens and residents. You cannot say that the poor will be the donor and the rich the recipient. That's what a system based on money is leading to. Even if it's supposedly regulated, there will always be competition behind the scenes. It's very difficult to avoid. While if you have an equitable system, everybody knows that it is just - they can trust the system. So equity in donation and equity in allocation: everybody is invited to give.

The opportunity to give organs should be - for example - offered in as many circumstances of death as possible, and everybody who needs an organ should know that he will be considered as a recipient. No one is excluded unless of course there is a medical reason. Equity and education. And on top of this you put a responsible government that implements this and takes the means and the organization - it works.

So in every country as many organs should be donated as are needed. Is it better to have an international "organ pool" that serves everyone, or is it better for fewer countries to work more closely together, to better ensure that the rules are enforced?

We need to have an effort at seeking self-sufficiency within borders, because that's where the power, the authority is - the governments. But to meet the needs of patients, you cannot wait for a liver in an emergency. Smaller countries - I'm even thinking of Switzerland - for emergency needs in livers rely on organs that neighboring countries prioritize for the most urgent need reported and that patient may be over the border. Because you don't have days, you have hours with acute liver failure. So the mutualization is important. But the driving force to make sure organs are available - that the process is well controlled; that the equity is a reality - has to be ensured by the authorities.

Are there examples of worldwide donor networks?

For bone marrow transplantation, the transplantation of hematopoietic stem cells, you need a perfect match. You need the best match as possible. For organs, the progress of drugs has limited the impact of the match on the outcome. But for hematopoietic stem cells you need that match. And you need it so much that there are registers of volunteers, individuals that are ready to give if they know somewhere a patient will survive thanks to their gift. And these travel around the world and now one time out of two the match is found abroad. Imagine - it might be a New Zealand donor for a German patient.

But who ensures that everyone who participates in such as system adheres to the rules?

There are many efforts that were initiated by the professionals themselves. It's professionals understanding the need to communicate and being confident in the quality of their work. In the hematopoietic stem cell area, they are probably a model for this activity because they have even developed accreditation that is applied in the same manner around the world. So if you are dealing with accredited departments, laboratories, or clinics you can trust that things are done as you would do them yourself. The professionals have been the driving force.

Another driving force is the authorities - the regulators. The first conclusion is that the professionals, specialists, and healthcare workers have to collaborate with the regulators. Because obviously the regulators do not want the border of the country passed by products that could be a risk for the citizens they're responsible for - so they have to be involved. It's all a matter of communication and understanding the needs of the patients.

How does the illegal trade in organs develop?

Since 2006-07, it has been essentially based in countries with no legislation. These countries have adopted legislation. The implementation is not very good. And it has moved to become totally underground. WHO is of course not the police, we only have indirect and vague ideas. But the estimation that overall organ trafficking, i.e., involving payment for organs or any transplantation occuring outside of an established government-controlled system, is 10 percent maybe.

Dr Luc Noel is a consultant for patient security with the Initiative for Medical Products with Human Origins at the World Health Organization (WHO) in Geneva. Previously, Dr. Noel was responsible for clinical procedures involving tissue, cell and organ transplantation.