Organ donation in Germany hindered by transplant scandal | Germany| News and in-depth reporting from Berlin and beyond | DW | 19.08.2013

The Göttingen doctor accused of falsifying medical files for the purpose of speedy organ transplants faces court on Monday. The nationwide scandal has had negative effects on organ donation in Germany. 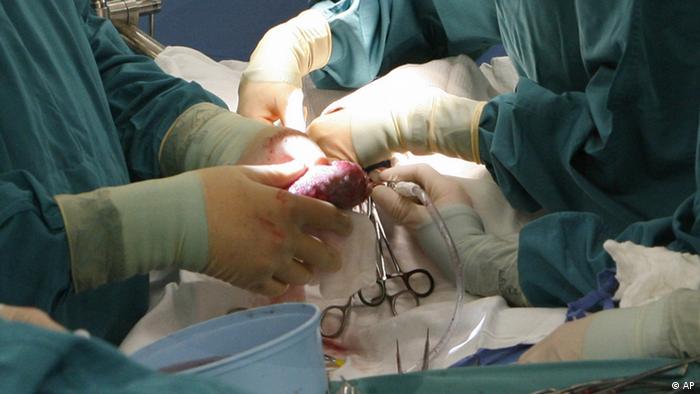 In late July 2012, public prosecutors launched an investigation against a doctor who headed the transplant department at the university hospital in the northern German city of Göttingen. He was accused of having changed the data on patients' files in at least 25 cases, helping them receive transplants more quickly than would have otherwise been the case. This meant that false information had been communicated to Eurotransplant, which is responsible for deciding which patients receive available donated organs.

Through his actions, the doctor may well have caused the death of other patients on the transplant waiting list. He was charged with 11 cases of attempted manslaughter and three cases of grievous bodily harm. No evidence of bribery was found.

Not just in Göttingen

The scandal led to further revelations. In the following months, additional suspect cases were uncovered at the hospital. Next in line for investigation was a specialist who had studied medicine at the University of Bologna. Particularly suspicious was the fact that out of the 99 patients that received a liver transplant in Göttingen between 1995 and 1999, 23 were Italian, with several of them coming from Bologna.

The clues also led the authorities to the university hospital in Regensburg in southern Germany, where the accused was employed between 2003 and 2008. There, according to an investigation by the "Süddeutsche Zeitung" newspaper, the rate of liver transplants rose by an unusually large amount in that time. 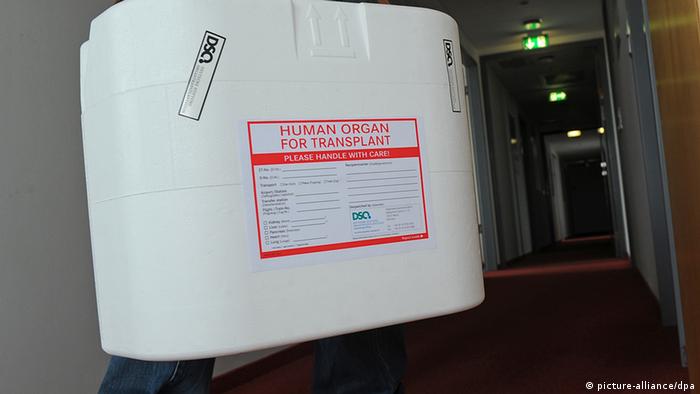 It was suspected that Jordanian patients had been illegally placed on European organ transplant waiting lists. According to the "Mittelbayerische Zeitung" newspaper, this happened at the time when the hospital - as part of a cooperation project under the patronage of the Bavarian government - was in the process of creating infrastructure for liver transplants in Amman. An investigation into the case is currently underway.

Alarmed by the scandal, the German Medical Association and the health ministry launched an investigation of Germany's 24 transplant hospitals. They found evidence of malpractice at the Rechts der Isar Hospital in Munich: falsified laboratory results and cases of patients with advanced cancer, who would ordinarily not qualify for transplants, receiving donated organs. Bavarian Broadcasting cited hospital employees who claimed to have witnessed alcoholics also being placed on the transplant waiting list, against regulations.

The victims of this scandal are not only the patients who slipped further down the transplant waiting list as a direct result, but all of the 12,000 organ transplant hopefuls in Germany. The incident discouraged many people from becoming organ donors, even though the number of donors in the country was already low to begin with. 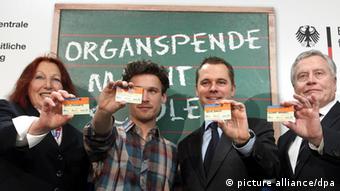 In the first six months of 2013, there were 18.3 percent fewer organ donations in Germany compared to the same period last year, despite the issue receiving a lot of publicity from the government, health insurance companies and the media. The number of transplant operations during this time fell by 12.3 percent to 1686.

Under German law, organs may only be removed for donation from the bodies of people who agreed to it while still alive. Their donor status is indicated by a credit-card-sized organ donor ID. If the deceased has not filled out an ID card, next of kin are required to decide what the deceased would have preferred.

The scandal also triggered a debate about possible reforms in the German organ transplant system. As a result, the German parliament tightened the laws, especially those pertaining to state monitoring of hospitals and penalties for data manipulation. Politicians from all factions agreed that the practice of rewarding doctors for carrying out numerous transplants needed to be stopped.

The ministry of health is currently looking into setting up a nationwide transplant database with non-falsifiable patient records. The assessment is expected to be completed by the end of this year. The database could be introduced in 2015 at the earliest.

Meanwhile, the trial against the Göttingen clinic's former transplant department head is due to begin on August 19.

Germany lags behind in organ donations

Over 12,000 people in Germany are waiting for an organ transplant, but donors are few and far between. A broad-based campaign to encourage more people to donate could help. (04.01.2013)