Raging wildfires have prompted the authorities to order mass evacuations in the Pacific state of Oregon. But officials believe one of the fires may have been started deliberately. Police have opened an investigation. 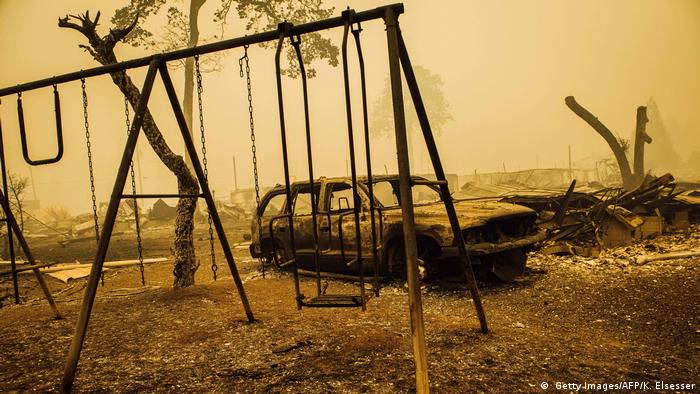 More than 40,000 people in the US state of Oregon have fled wildfires and some 500,000 have either been ordered to leave their homes or to prepare to do so, said Governor Kate Brown. The governor's latest statement seems to be dialing back previous announcements by state officials, who said half a million people have already been evacuated.

"Firefighters are prioritizing life and safety as they battle a record 900,000 acres (364,000 hectares, 3,640 square kilometers) of wildfires," the state's government said in an earlier statement.

Governor Kate Brown told journalists that the exact number of fatalities was not yet known, although the AFP news agency reported that at least four had been confirmed by local officials. 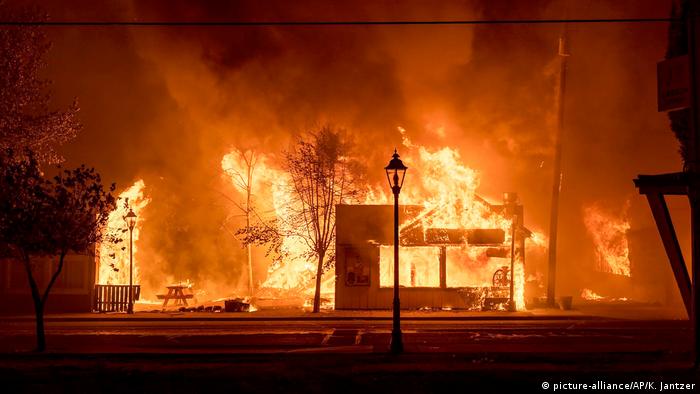 "We have never seen this amount of uncontained fireacross the state," she said "This will not be a one-time event. Unfortunately, it is the bellwether of the future. We're feeling the acute impacts of climate change."

Wildfires continue to rage in western US

There are currently an estimated 100 wildfires raging across 12 western US states.

One fire in Ashland, Oregon, close to the border with California, is being treated by police as possible arson.

Oregon, Washington and California are the states worse affected by the blazes.

At least 10 people have died in California alone in the past two days.

In northern California's Butte County, three people were confirmed to have been killed as firefighters battled flames through the night of Thursday.

Another dozen people are reportedly unaccounted for in the area.

Strong winds have now eased off across much of the state and severe weather warnings lifted for most of California, according to the California Department of Forestry and Fire Protection.

This article has been amended to reflect the authorities revising the number of evacuees from 500,000 to 40,000 and providing more details on the evacuation effort.

Wildfires rage across the west coast of the United States