No matter how dodgy the deal, profits are everything. That was clearly the motto at Deutsche Bank — and attempts to justify the wrongdoing uncovered by the FinCEN scandal seem pointless, writes DW's Henrik Böhme. 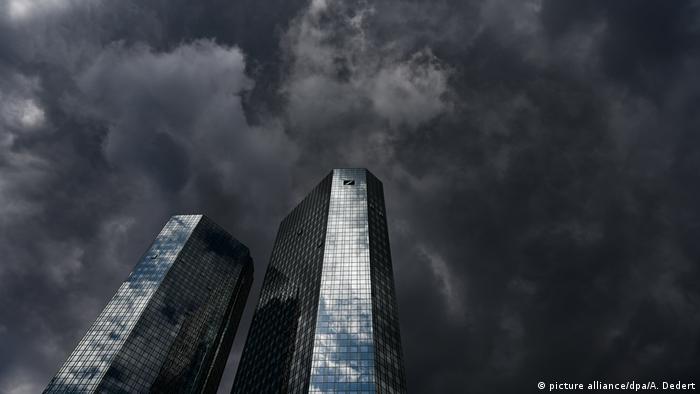 "Everything starts with trust." That's how Deutsche Bank wooed clients in the mid-1990s. This slogan, however, has long since been history, as the bank completely gambled away the confidence of its customers in the years that followed.

The moneylender wanted to play in the financial premier league, so principles were thrown overboard, presumably because it was the only way to increase the bottom line. Returns were everything because the Deutsche bankers' profit machine had to be lubricated, by all means necessary.

From interest rate manipulation and money laundering to poorly secured mortgages and business relationships with questionable customers — such as the convicted sex offender Jeffrey Epstein — Deutsche Bank always had its fingers in the pie. The dirtier the deal, the better. And as the FinCEN files show, Deutsche Bank, once again, tops the charts — well over half of the suspicious transaction reports leaked to the investigative journalists' group implicate Germany's flagship lender.

When the bank's money-laundering activities in Russia were exposed in 2015, the US financial regulator wrote of "greed and corruption" in its final report. This villainy fueled the culture at Deutsche Bank. After a $600 million (€506 million) fine was imposed, the bank's bosses promised a big cleanup. The Frankfurt-based lender invested around $1 billion to strengthen internal controls, including the recruitment of 1,500 specialists. It now transpires that its opaque deals with Russian clients may have continued after these reforms. In 2017, the bank was requested by US authorities to disclose details about its transactions with Moscow after suspicions were raised.

As expected, Deutsche Bank has rejected all allegations. It says the transactions leaked in the FinCEN files would have been fully disclosed to authorities anyway, and that they all took place before its 2016 reforms.

The lender insists it is altogether "another bank" and that the allegations against CEO Christian Sewing are also unfounded. Sewing, who has headed the company since mid-2018, was head of Internal Audit five years earlier. His department audited the Russian transactions and found nothing. Now the firm insists that Sewing never saw or signed off on the audits, which is, of course, a flimsy defense to keep him out of the line of fire.

It is increasingly clear that the "cultural change" that was so loudly proclaimed at Deutsche Bank is not in full swing and that not all of the approximately 88,000 employees have fully understood what it means. The insistence that Deutsche Bank is a reformed institution is starting to fall on deaf ears, especially with the latest revelations.

Maybe they should dig out that the old "Everything starts with trust" slogan once again because that's what's still missing today. For Deutsche Bank, the FinCEN files are an oath of disclosure.

What are the FinCEN files?