Opinion: Trampling on the Olympics′ Wounded Ideals | Europe| News and current affairs from around the continent | DW | 24.02.2008

The ideals on which the modern Olympics were built have been betrayed, says DW's Nick Amies. Turning a blind eye to China's human rights abuses ahead of the Beijing Games is just adding insult to injury.

When China was chosen to host the 2008 Olympic Games seven years ago, it made certain promises to improve its human rights record, lift restrictions on the freedom of the press and improve conditions for the people of Beijing, among others. With six months to go, China has instead expanded its crackdown on dissidents, tightened controls over non-governmental organizations and rounded up "undesirables," such as migrants and the mentally ill.

In addition, China's role as a supplier of weapons and military equipment to the Sudanese government has prompted some human rights organizations and prominent individuals to call for a boycott of the games out of protest.

"China has worked in the UN to ensure that whatever multi-national force is sent to Sudan is the weakest possible, one that can do nothing to protect the population of Darfur from the Janjaweed militia which continues to kill thousands," said John Tkacik, a senior research fellow in Asian Studies at The Heritage Foundation, a Washington-based think-tank. "This is why China's role in Sudan is an issue and why people are upset." 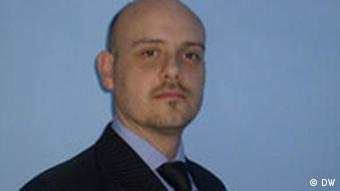 It would seem that now would be a perfect time to exert pressure on China over its failures. But reports suggest that some European nations -- Belgium, the Netherlands and Britain among those named -- have warned their athletes against using the games to make political statements and have considered gagging competitors from speaking out in protest against China on any sensitive topics.

These countries' Olympic committees claim to be adhering to the charter's rule 51 which states that: "No kind of demonstration or political, religious or racial propaganda is permitted at Olympic sites." On the other hand, some countries -- like Germany and Italy -- have left it up to the discretion of their athletes to protest and lend their names to campaigns in defense of human rights if they so desire.

"We regard our athletes as responsible individuals who are free to express their attitudes and opinions," Michael Schirp from the German Olympic Sport Federation (DOSB) told DW-WORLD.DE. "In the athlete's agreement, which is formulated for the German Team at every Olympic Games, there will be included information referring to rule 51 of the Olympic Charter. It is then up to them."

"The athletes will speak out if they are really unsatisfied," adds Dr. Jens Damm from the East Asia faculty at Berlin Free University. "The problem remains that, if this kind of restriction is imposed, it will be a kind of preemptive obedience which Beijing will really be happy about. But then, while the authorities might arrest Chinese dissidents during the Olympic Games, they probably would not expel foreign athletes who speak out."

While the British have since backed down -- "We never intended to restrict any athlete's freedom of speech," BOA spokeswoman Miriam Wilkens told DW-WORLD.DE -- the fact that the UK was one of a few nations considering a restriction on the free speech of athletes has raised many questions about the games as an arena for political bargaining and appeasement in which commerce and influence tend to beat integrity into third place.

As many countries continue to pursue increased trade and strategic relations with the Chinese -- the way British Prime Minister Gordon Brown on his trip to China last month, when he announced a new partnership that could lead to tens of thousands of jobs for British workers -- the Beijing Olympics become a test of the limits of free speech. The new boundaries of what it is acceptable to say seem to end where lucrative contracts begin.

All of which indicates that the talk of boycotts and protests will come to little or nothing. China's Olympic Games will take place unhindered. All those leaders who make token calls for reform will enjoy the hospitality, their countries will take part without causing an international incident and everyone will go home happy with their medals.

What will be left when the world's eyes turn away again will be the memory of an opportunity missed, the reinforcement of curbs to freedom and the dying sound of another nail being banged into the Olympic coffin.

Human rights are in danger because established democracies are accepting unfair elections in other countries, Human Rights Watch said in its annual report. China, Turkey and the US were also reprimanded by the group. (31.01.2008)

On her second full day in China, German Chancellor Angela Merkel conferred with opposition journalists. She reminded Beijing that the West would like to see progress on freedom of the press and other human rights issues. (28.08.2007)

With one year to go to the 2008 Olympics, Germany's editorials on Wednesday commented that Olympic success will depend on China's political actions. The papers agreed that China needed to do more to ensure human rights. (08.08.2007)

Do you agree that the many nations put their own interests ahead of confronting China over its human rights record? Please include your full name and country with any reply.