Singapore's long-serving Prime Minister Lee Kuan Yew represents the quintessence of an Asian success story, admired even in China. But his weaknesses cannot be overlooked either, writes DW's Rodion Ebbighausen. 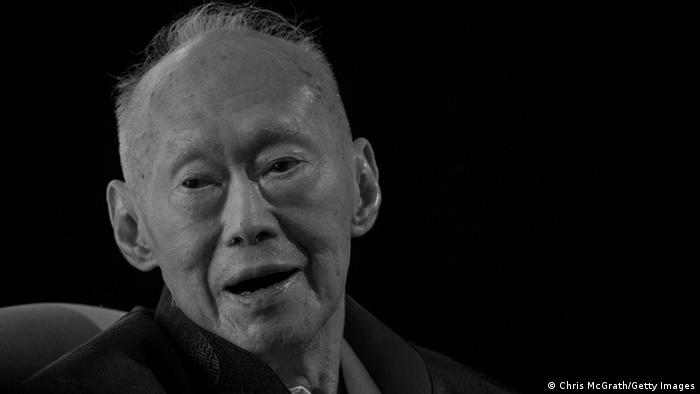 Lee Kuan Yew was one of Asia's most eminent statesmen. Among his admirers were personalities like Henry Kissinger, Margaret Thatcher and Helmut Schmidt in the West, as well as Deng Xiaoping in the East, who modeled China's economic reforms of the late seventies on the pattern laid down by Lee's Singapore. For many Southeast Asian politicians, Lee remains the ideal leader; authoritarian but also the architect of a thriving economy.

Lee was opposed to a liberal democracy as much as he was against the welfare state. He was the paramount example of political legitimization through economic success. He put massive restrictions on the freedom of the press, but offered a high measure of political stability in return, together with modernization in the fields of education and public health, as well as entrepreneurial laissez faire – which attracted investors from all over the world. Under his aegis, the bitterly poor, malaria-ridden city-state was transformed into one of the most prosperous countries in the world. 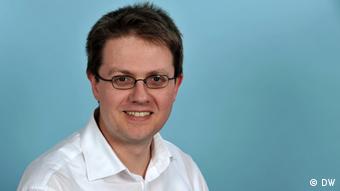 A model for China

Even the People's Republic of China followed Lee's example - the political deal being that while the Communist Party has a monopoly on political power, the economy is allowed to develop in its own way.

This form of justification for holding on to political power has begun to enjoy a certain benevolence among western commentators as well, who are concerned that the West might be losing its economic advantage vis-à-vis Asia, and that the time-consuming process of arriving at a democratic consensus may not suit a world grown immeasurably fast. To remain competitive, one must adopt the Chinese model, they tend to think.

But economic success cannot hide the fact that there is a high price to pay for it: a political and human price. Everything is secondary to economic success. Singapore is the best example of "survival of the fittest." To lose one's job or to fall sick can well land one on the street.

To criticize the system could mean isolation and being gagged or muzzled. Lee has created an elitist system which favors the Chinese and is discriminatory to the Malays and the Indians. One needs to be close to the ruling People's Action Party to enjoy any modicum of success. It's a small group of families which control the country's destiny.

The situation is not different in China. The economic development of the country is accompanied by environmental pollution, rapid increase in inequality and social unrest. It is impossible to better one's lot without party patronage. Ubiquitous corruption is beginning to threaten China's very economic success. Whether the party has the ability to reform itself from within, is a question which still begs an answer.

Institution versus the individual

A further problem with the 'good despot' is that authoritarian systems are dependent to a great degree on the persons who steer them. Where would Singapore be today without Lee Kuan Yew? Or China, without Deng Xiaoping? It's not certain institutions or the political structure which have brought success to Singapore or China, but individuals such as Lee or Deng. Which also means that such success cannot be copied without such personalities.

To attain long-term, sustainable economic success, one will have to reduce the influence of individual politicians and their dynasties. Only the protracted process of development of public institutions as well as the inclusion of the citizens in the formation of a political consensus can provide the basis for permanent prosperity and a just society.

Lee Kuan Yew, a prominent figure on Singapore's political scene since 1959, governed the city-state for more than three decades and shaped the country's political landscape. Lee died Monday in hospital at the age of 91. (22.03.2015)

Condolences have poured in from across the globe in honor of the life of Lee Kuan Yew. The long-time leader, considered the founder of the modern city-state of Singapore, died Monday at the age of 91. (23.03.2015)