Following the execution of Shiite cleric Nimr Al-Nimr tension between Saudi-Arabia and Iran has been mounting. DW's Kersten Knipp believes that both countries' leaders are deeply cynical and welcome these developments. 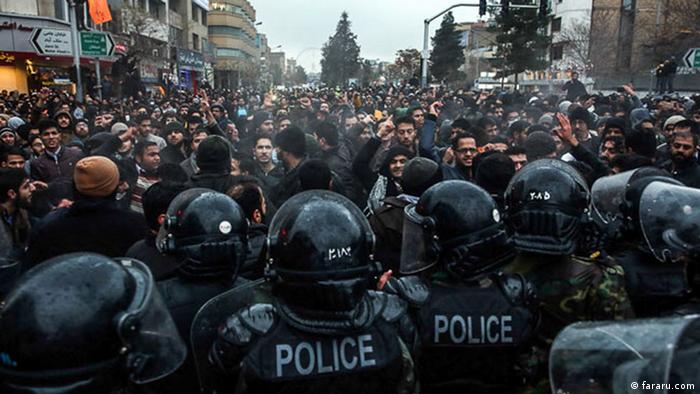 One thing is for sure: The timing of the executions was no coincidence. The Saudi State knows full well what it does – and when. No one in Riyadh is naïve enough not to have considered the reactions to the mass executions ahead of time. But that also means: In ordering the executions the Saudis were sending, above all, a political message.

The message read: No one should dare oppose us. No one inside and no one outside our borders. Whoever dares confront us must expect dire consequences.

The message was first and foremost intended for the domestic opposition. It was a clear warning that could not have been harsher. Currently, the Saudi judicial system is cracking down on all opponents of the regime: On liberals like the blogger Raif Badawi, advocates of cultural modernization like the poet Ashraf Fayad and now the cleric Nimr al-Nimr, the highest-ranking Shiite cleric in Saudi Arabia. Al Nimr's nephew has also been sentenced to death for protesting against the Saudi regime – although he was only 16 years old at the time of the "offense."

These prominent cases illustrate in an exemplary fashion what the Saudi royals see as a direct threat to their power. And obviously, they have decided to react to these threats in the same way as their enemy, Syria's Bahar al-Assad, whom the Saudis like to claim to be fighting in the name of protecting human rights.

As far as foreign policy is concerned: The executions were intended to send a message of strength and determination. Since the partial withdrawal of the United States from the Middle East, Saudi Arabia, represented by its foreign minister, is seeking to establish itself as the main power in the region. For months, the Saudi military has spearheaded an Arab alliance attack on Yemen. This has long turned into a proxy war with mainly Shiite Iran. Little does anyone care about the 3,000 civilians who have lost their lives in this conflict, or the two and a half million internally displaced people it has caused.

Not long ago Saudi Arabia announced the creation of an "Anti-terror-alliance" against Syria. It seems that the Saudis carried out the executions in order to trigger unrest in Iran and Iraq and among the Shiite Hezbollah fighters as all this is likely to encourage their Sunni allies to rally closer together. So the Saudis have redefined the confrontation as a religious one – and thereby fuelled it.

All this makes it obvious. Carrying out the executions was more than just implementing dubious verdicts – it was part of a strategy. And this makes clear that the Saudi justice system is no more than a service provider for the political leaders.

Of course, Iran's reactions have been dubious as well: By allowing protesters to storm and vandalize the Saudi embassy in Tehran the Mullah regime has demonstrated that it is not interested in calming tensions. Thereby Iran's leaders have also firmly put political strategy above international law, as this would have obliged them to protect the embassy by all means. Instead, Iran has declared itself to be the protector of all Shiites inside and outside Iran.

"Partner" of the West?

The executions and also the reactions to them have demonstrated yet again how the regimes in Saudi Arabia and Iran work. Both are the main powers in the Middle East and have yet again shown that they do not have best intentions for the region. The latest escalation is likely to have deadly consequences for the people in Syria and Yemen. But it should again let western governments rethink whether they really want to refer to these two regimes as "partners."

Coronavirus digest: Israel to shut its borders to foreigners due to omicron variant 9h ago