In the biggest bribery scandal in German business history, Siemens had to pay fines amounting to nearly a billion euros. Ultimately, though, it got off easy, says DW's Karl Zawadzky.

Considering the extent of the corruption affair, Siemens is getting off relatively unscathed. After all, bribery appears to have been an everyday occurrence for the international group when it came to getting contracts. And nothing changed when laws were passed in Germany -- as in other industrial nations -- that clearly forbid bribery, and the company's shares began trading on the New York Stock Exchange.

In an unrivalled review, a legion of lawyers and accountants examined each and every Siemens document. For the time period between 1999 and 2006, bribes on the order of 1.3 billion euros ($1.8 billion) were uncovered. It turns out that Siemens workers and representatives around the globe had felt free to use money from secret accounts if it seemed useful for garnering contracts.

Given the dimensions of the situation, Siemens is getting off more lightly with its fine than most people would have expected. Especially when it comes to the settlement it agreed to with the US Ministry of Justice and the securities watchdog, the SEC.

Siemens will pay 620 million euros to the US. It could have been much worse. And it would have been, if Siemens had been blocked from competing for public contracts in the US for a period of many years. The intense inspection of its books no doubt made an impression. Moreover, managers throughout the firm have been let go.

Siemens learned its lesson. It can now hope that its US unit will profit from the enormous infrastructure program planned by US President Elect Barack Obama. In order not to fall back into old, corrupt habits, ex-German Finance Minister Theo Waigel -- today a lawyer in Munich -- has been named "compliance monitor." 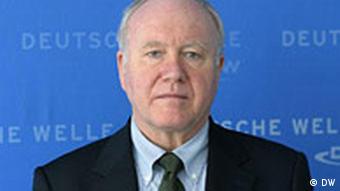 In the US, such monitoring is a common component of a criminal proceedings settlements. In Germany, the Munich prosecutor's office imposed a fine of 395 million euros, which Siemens accepted. That -- along with the payment to the US and setting up the monitoring system that Theo Waigel will oversee -- is the end of the state's lawsuit against Siemens over the bribery of public officials.

Siemens can survive the financial hit. Even without corruption, the company's business is strong -- and in its year-end accounts, Siemens thought to lay aside a billion euros to pay off fines. But that's not the end of the story. The state prosecutor's office still has open legal proceedings against specific former company directors, including longtime CEO and Supervisory Board Chairman Heinrich von Pierer, on grounds they breached oversight rules.

On top of that, Siemens itself is suing former executives for millions in compensatory damages, on the grounds that the board of directors failed to institute internal controls that would prevent a regular culture of bribery -- either that, or they intentionally looked the other way.

And there's another reason the affair is not yet over: Clients around the globe are preparing suits for damages because they think the bribery costs increased the prices they paid for goods or services. Moreover, countries want to know which of their officials took bribes from Siemens.

Even though the big lawsuits in Germany and the US ended with settlements and fines, Siemens will be processing one of the darkest chapters in its more-than-100-year-old corporate history for years to come. On top of this, the damage to company's reputation has been great, and no amount of money can ever fix it

The case of Siemens turns out to be a perfect example of the adage: corruption doesn't pay.

A former top Siemens executive and a former trade union leader were sentenced Monday as part of a scandal over bribery payments totalling more than 30 million euros ($38 million). (24.11.2008)

Argentine authorities on Friday searched the Buenos Aires offices of German technology giant Siemens, in an investigation of the payment of bribes during the 1989-99 government of former Argentine president Carlos Menem. (16.08.2008)